To some foreigners, Pinagbuyutan Island is known as the Survivor Island because of the popular reality TV show, Survivor. A few seasons of the said US series have been filmed on this island for a number of times already since 1999. The different country franchises that have filmed scenes here are the South African, Swedish, and French editions of the reality TV show. Pinagbuyutan Island was filmed together with other beautiful attractions in El Nido like Big Lagoon and Secret Lagoon. It is also said to be the inspiration of the movie “The Beach”. Despite its international recognition, the dreamy charm and beachscape of Pinagbuyutan Island remain to be well-kept. 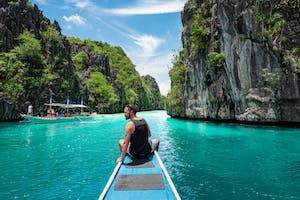