Located in Lapu-Lapu City, Mactan Island, Cebu province, the Magellan Shrine or Magellan Marker is a memorial tower that honors the Portuguese explorer Ferdinand Magellan. The site is believed to be where Magellan was killed during the Battle of Mactan in April 27, 1521.

Magellan led the world's first expedition to reach Asia via the Atlantic Ocean and across the Pacific. He commanded a Spanish fleet to explore the tropical archipelagos for precious spices. With dwindling food supplies after a year at sea, Magellan's crew had to settle first in Cebu. They soon started converting the native people to Christianity with great success, turning polytheistic villages to the Catholic faith of one God.

Other local tribes led by chieftain Lapu-Lapu resisted further control inland of the Spanish Armada. Magellan then launched an assault but was killed with a poisoned arrow and other crude weapons. Even so, the shrine is a tribute to his legacy as a great explorer, setting the path to the Spanish colonization of the Philippines. 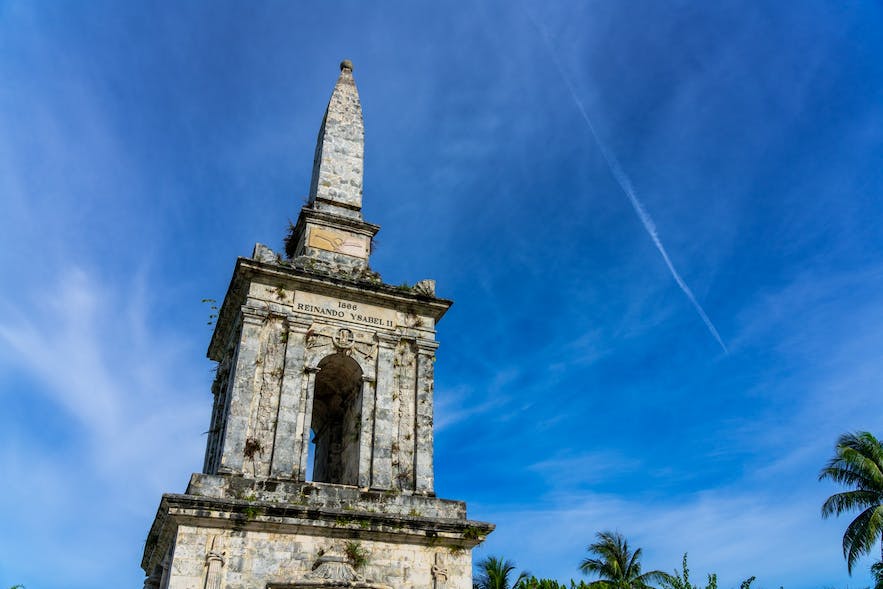 The 30-meter-high Magellan Marker forms the Mactan Shrine along with two landmarks commemorating the same battle. One is the monument of Lapu-Lapu, the first recognized Filipino hero, and the other a mural painting of the two icons fighting head-to-head on the beach.

Built in 1866 from coral stone, it bears the inscription "Glorias Españolas" or "Spanish Glory". Folklore suggests that the Spaniards erected the tower in honor of the explorer after failing to retrieve Magellan's body from Lapu-Lapu, despite tributes of gold and jewelry. Visible from outside Mactan Shrine because of its obelisk, the tower is decorated with relieves of vases and arches, surrounded by its own garden.

Open to the public for free, Mactan Shrine is in the vicinity of Shangri-La Mactan Resort and Spa. Parking is limited, but visitors can drive around the park to see the monuments. Or you can hail a taxi or take a So-ong Maribago-bound jeepney from Mandaue Highway.