Manila is the bustling capital of the Philippines, making it the center of commerce, culture, and government in the entire country. It also serves as the gateway for local and international travelers, with its major airport terminals and busy seaports serving many trips from within and outside of the country.

Before we get into the details of how best to explore this country’s capital, it is essential to know that Manila can mean two ways. First, it can mean the City of Manila, which is made up of 16 administrative districts. It is also referred to as “Old Manila” by many locals. Second, Manila may mean the National Capital Region (NCR) or Metro Manila, made up of several cities such as Manila City, Makati, Quezon City, Pasay, and Taguig, among others. This article tackles not just the City of Manila, but Metro Manila as a whole.

There are two languages widely spoken in Manila, Filipino being the official first language and English as the second. As with the rest of the Philippines, most locals can understand and speak basic to intermediate English, so international travelers won’t have to worry about communication.

Manila is an intricate mix of the old and new, and of different cultures brought about by significant historical events that took place here. You will find here the oldest Chinatown in the world, century-old Spanish forts and churches, and highly globalized and modern districts.

Unlike island and beach destinations in the Philippines, the capital can be best enjoyed any time of the year because of its many options for both indoor and outdoor activities.

Take advantage of the low season from June to August, since flights and hotel prices will be cheaper during these months. However, be prepared for inclement weather at this time.

If you plan to do a lot of walking, exploration, and sightseeing, it is best to visit during the dry months from January until April. But be prepared with the intense summer heat during March, April, and May, and plan carefully what to wear and bring when choosing to visit Manila this time.

The wet season starts from June and goes all the way to October or December.

As soon as the calendar hits the -ber months, expect Manila to become crowded and busy. The entire Philippines is known to celebrate Christmas as early as September so wish to see festive lights and decors already being put up around the metro. Holiday season shopping is also popular here as crowds flock to malls, which usually hold months-long holiday sales.

Every 3rd Sunday of May, lechon (roasted suckling pig) takes centerstage at the Lechon Festival in La Loma, a district between Manila and Quezon City, known for this delectable crispy delicacy. Expect to see roasted pigs dressed up in costumes and paraded around.

Independence Day every June 12 also sees huge celebrations and street parties in many parts of Manila.

When to avoid visiting Manila

As mentioned, Manila is a destination that can be enjoyed all year round. But if you don’t like hoards of people, avoid visiting during the holiday season. During Holy Week, usually between March and April, most establishments will be closed. The travel hubs will be very busy as locals take this week-long vacation to visit their loved ones in their respective hometowns or provinces.

How to get to Manila

Manila has a total of four airport terminals, which services a long list of local and international flights making it very accessible to local and foreign visitors. These terminals of the Ninoy Aquino International Airport, or simply known as Manila Airport, are close to each other, however, there are no subway systems that connect them together. So it is recommended to find out which terminal you are landing in and make necessary transportation arrangements from there to your hotel or desired destination.

Transferring between airport terminals can be done by riding a free shuttle bus that runs every 15 minutes. Going out of the airport, you must hail a taxi cab right outside the arrival bays, book a car service via an app, or arrange to be picked up by a private car.

Being a densely populated city, Manila, and the rest of its neighboring cities, are crowded especially during weekdays when most people are out for work. Always keep your valuables close to you and be mindful of your surroundings. Pickpocketing is rampant, especially when inside public transportation or crowded places. At night, avoid walking around streets and neighborhoods that are unfamiliar to you or are away from major commercial establishments.

The best way to reach your desired destinations or attractions around Manila is by hailing a cab or using a car booking app. If you use the former, make sure to tell the driver to use the meter instead of paying a fixed price. Using an app is a safer, more reliable, but most often a more expensive option.

If you are up for the challenge, immerse yourself in the everyday action of Manila by riding public transport. Buses ply along major highways, and given the places it could take you, the fare is incredibly cheap. The sign boards can be confusing so make sure to do your research or ask some locals before choosing to ride one. You can also find jeepneys, those multi-colored, open-air vehicles that can fit up to 20 passengers, along major streets and inner neighborhoods. But like buses, the sign boards can get confusing.

Manila has 3 operating monorails namely Manila Metro Rail Transit (MRT), Light Rail Transit 1 (LRT 1), and Light Rail Transit 2 (LRT 2). These trains traverse major highways and can reach different cities in Manila, so they are a great option for commuting. However, expect long lines and be shoulder-to-shoulder with other passengers during peak hours in the morning and early evening.

Unlike other countries such as the United States, Africa, and the Middle East where tipping is customary and expected, the Philippines in general does not necessarily follow this. In Manila, and in other places in the country, most entertainment and service establishments already include a service charge.  But tips are highly appreciated by service staff, as most of them are only earning minimum wage.

Manila is a melting pot of different cultures, both from a regional and international perspective. So expect to see a myriad of cuisines and dining establishments that range from local fare to intercontinental options. More upscale restaurants and foreign restaurant brands are located in posh lifestyle malls particularly those situated in the Bonifacio Global City and Makati. Local and international fast-food chains dot almost every corner of the entire Manila. Manila has also seen a meteoric rise in homegrown, artisanal restaurants and cafes that have put them in some of the world’s best restaurant lists. They are mostly found in the hip neighborhoods of Makati, Taguig, and Quezon City.

For amazing nightlife, there are three well-known spots around Manila that you should check out. Bonifacio Global City is home to top-notch bars and super clubs; Makati CBD is dotted with speakeasies and quaint cafes that turn into crowded dance floors at night; and Quezon City has famous streets lined with comedy bars, drinking pubs, and dance clubs.

Drinking in public has been banned in major cities, but visitors should still expect to see individuals or groups chugging down beers by the street in inner neighborhoods. It is best to keep the drinking and dancing inside bar and club premises.

Best Neighborhoods to Stay in Manila

To get the best of Manila’s local culture and historical scenery, staying within the Old Manila area is recommended. Cities of Manila and Pasay will give you easy access to cultural and heritage sites such as Intramuros, Luneta Park, and National Museum of the Philippines Complex.

Some of the biggest malls in the world are found in Manila, and every district or city would have malls and supermarkets. Given this, shopping is not a problem at all wherever you find yourself staying within Manila. But choose to be in Makati or Bonifacio Global City if you want access to some of the most premium and beautiful lifestyle malls. The best part, they are all walking distance from each other in these prime locations.

Most entertainment and cultural enclaves are concentrated in the cities of Manila and Pasay. The former is home to heritage museums, parks, and performing arts centers. Pasay, on the other hand, is where you can find luxury hotels with casinos and entertainment centers inside their complexes.

What once was a sleepy neighborhood at the edge of the Makati business district has now become a hip, multicultural community with an amazing nightlife. Poblacion is where you should stay if you wish to meet fellow travelers, and go from one pub or restaurant to the next in just a few steps.

What should I bring with me when visiting Manila?

You won’t run out of places to shop within Manila, from huge malls to neighborhood convenience stores, so you won’t have a problem buying essentials, food, and other items. You may skip bringing a lot of toiletries. Important to pack comfortable and breathable clothing, as Manila tends to get so hot and humid, and a carry reusable water bottle everywhere you go.

How many days should I spend in Manila?

Most travel sites will tell you to only spend a night in Manila and get to other Philippine destinations right away. Some will even say to completely skip it, but we recommend that you don’t. Traffic can be horrible but if you carefully plan out your itinerary in Manila, a 2- to 3-day stay in the capital is worth it given the incredible sights and wonderful activities you can do here, including museum-hopping, shopping, and restaurant- and bar-crawling.

Minor Basilica of our Lady of Rosary of Manaoag 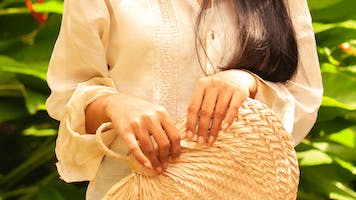