Crocodile Island sits off the shores of Palaui Island in the Cagayan Province. Despite its name, you will find no crocodiles living on or around this islet. Its name comes from the island's shape as it resembles a resting crocodile when viewed from afar. Since it is a smaller island compared to most stops on a typical Palaui Island hopping tour, only a few people can set foot on the island at a time. Aside from it's unique shape, the island also features rock formations that look like broken pieces of stone and a marble cliff that also serves as a viewing deck. From the viewing deck, you can see the town of Sta. Ana and the nearby Palaui Island.

As an island-hopping destination, it's best to plan a visit here during the summer season, which usually starts in March and lasts until the latter weeks of May. 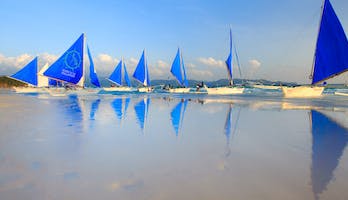