Critter Diving in Dumaguete: What to Expect

We are hovering over the shallow bottom of the black volcanic sand on the Atlantis House Reef in Dumaguete. It's February, on a gorgeous sunny day, and our dive guide points out a half coconut husk lying face down on the bottom; we carefully approach as he flips the coconut husk using his pointer stick.

Hundreds of tiny, semi-transparent whitish eggs are inserted in between the husk cracks. Those are Flamboyant Cuttlefish eggs, and before we know it, some of the eggs begin to hatch in front of our eyes. It is beyond incredible; I can't begin to describe my fascination with these critters, around 5cm in length, with magical camouflage capabilities: they don't only change colors in a split of a second, but they also change their body texture!

Normally purple, brownish and white, when approached, they often hover without moving, with their skirt-like fins feathering in the ocean-like wind, staring into your soul with their grayish-matt, and suddenly, before you are able to digest their rare beauty, they change their appearance completely, become anything, even transparent, and vanish.

Now imagine watching the tiny transparent youth hatch, having the same camouflage capabilities of an adult, they become purple, brownish, and white immediately upon hatching. I had goosebumps in my 5ml wetsuit! 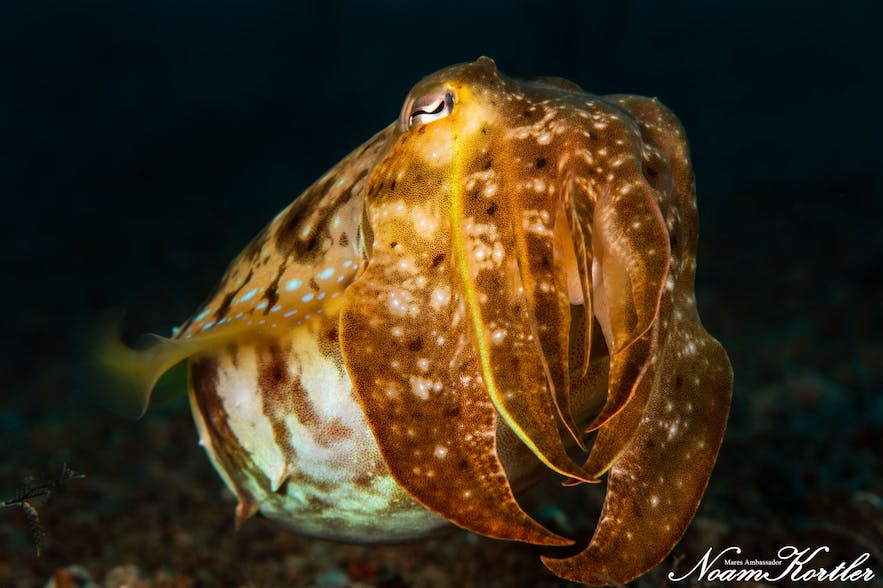 Critter diving is all about the thrills of finding the small weird things you have never seen before; it’s about the sense of surprise you get when something that looked like just a rock suddenly comes alive or flipping a leafy grass you think nothing of to find it shelters crazy little critters like the Pygmy Squid. This is what advanced diving is all about. Not in terms of diver skills, no, but in terms of the mindset and the ‘lense’ you put on when you go diving.

Take the Pygmy Squid for example; the tiniest squid, between 1.5cm-2.5cm, you wouldn't even spot it unless you knew where to look. It is actually translucent - whatever the background is, that's its color. If you look carefully, and you’re lucky, you can actually see the content of their stomach! How exciting is that!??!

Marco, a resident Marine Biologist at Atlantis Resorts, shares these little-finger nail size critters are Genus level on the toxicity scale, which makes them the most poisonous in the Bobtail Squid (Idiosepius) family. If a fish was to eat the leaf they are on, they’d probably die.

In order to avoid stress, she dances…

Have you ever seen the majestic Spanish Dancer? Not the one with the castanetas in Barcelona (as thrilling as those are), but the Hexabranchus Sanguineus (literal meaning "blood-colored six-gills"), a nudibranch averaging 30cm, in orange-red color, normally with white spots, with a soft flat body.

When disturbed, the Spanish Dancer unfolds its edges and swims away through contractions and undulations of its body. And when she does so, she looks so majestic, flapping her skirt in a mesmerizing movement of soft silk-like fabric- you simply stop everything and watch her swirl. 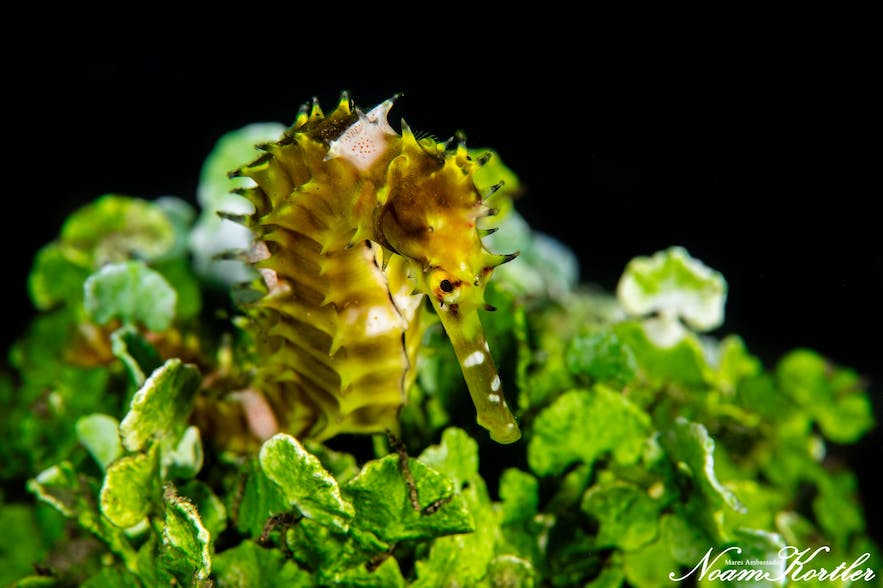 But what tops it all is the once-in-a-lifetime event of seeing a male Seahorse (Hippocampus) give birth.  A true feminist, in mating, pregnancy, and birth, it is the male who carries most of the burden.

Seahorse's mating dance begins with the male opening and closing his pouch to show off its emptiness to the female, signaling to her he is ‘free’ for breeding action. This action also inserts salt water into his pouch, which in turn activates his sperm to be able to fertilize the female’s eggs.

They then place their pouches against each other and the female inserts her eggs to the male’s pouch (how romantic). Pregnancy lasts between 9-40 days, depending on the species, with as many as 2000 offsprings!

Giving birth, male seahorses go through muscular contraction to push the babies out, folding forward, with their cute snout looking like he is concentrating on the action, he releases several baby seahorses with every contraction. At Atlantis Resorts Dumaguete, we often see seahorses on the house reef, even in pairs, but we have yet to see a birth. On the bucket list! 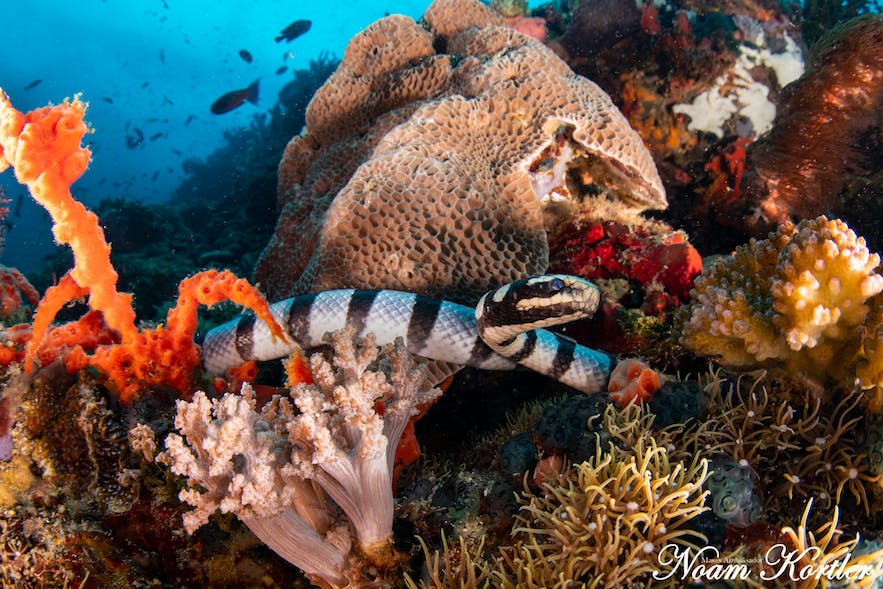 Diving with the great whites off the coast of South Africa definitely produced adrenalin in levels I have never experienced, but diving around tiny venomous critters puts a cognitive twist on this thrill. “Should I be fearing you, you tiny little thing?” you find yourself asking the first Blue Ring Octopus (Hapalochlaena lunulata) you meet: 12-20cm in length, it is lethal to men, carrying enough venom to kill 26 adult humans by causing respiratory depression and paralysis.

If you didn't know anything of it, you'd just go about your dive, but knowing it, and seeing how fast these tiny ones move, does create that nice thrilling rush in your body.

I have seen some silly dive guides provoking the Blue Ring Octopus with a stick (normally brownish yellowish color, its blue rings come out only when provoked), and one that even took it in his hand (!), explaining that right before it bites you, the blue rings expand, so they can recognize that point and let the octo go… YICKS! Unsafely scary!

But above all, my scariest experience is swimming over nesting female Titan Triggerfish! Having been bitten by there vicious fish more than once, they are fast, furious and painful! Watchout when you dive over shallow rocky areas of the reef, especially if you see them swimming around in circles! 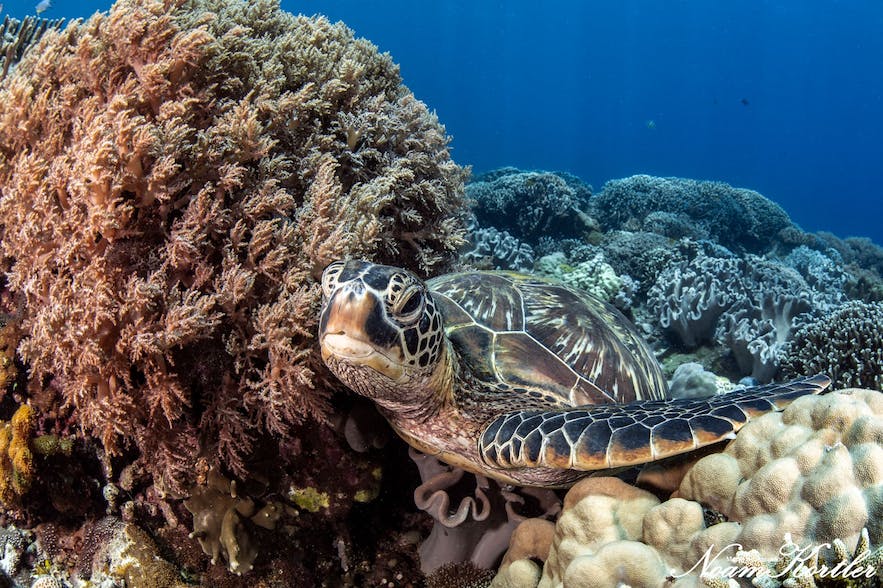 Where to Stay and Dive

Atlantis Resort in Dauin is a beachfront dive resort, situated in a lush tropical garden with rich fauna and flora; specializing in an all-inclusive dive vacation, with excellent meals at Toko’s restaurant, Atlantis offers up to 5 boat dives a day. Small dive groups, climate-controlled camera room, and new boats.

RONI BEN-AHARON of Atlantis Dive Resorts and Liveaboards is a global nomad who enjoys soaking up the sun, exploring trails, and diving. She’s been working in marketing/ management in the tourism industry for over a decade.