Bohol is one of the most visited destinations in the Philippines, and one of the most popular tours that travelers go on when visiting the province is the Bohol countryside tour.

Going on Bohol countryside tours is perfect for first-timers on the island, as it includes stops in some of the most famous tourist spots in Bohol, including the Chocolate Hills, Tarsier Sanctuary, and the Bilar Man-made Forest. It also features one of the most popular Bohol activities for tourists, Loboc River cruise tours which usually include a buffet lunch and a performance from the locals.

Even if it's not your first time in the province, adding the countryside tour to your Bohol itinerary is still a great idea, as not all countryside tours offer the same stops. Some also include stops at Bohol heritage sites like Baclayon Church and Albur Church. It can also be an entirely different experience if you go on this tour during different times of the year, as the most famous stop, the Chocolate Hills, changes colors depending on the season.

Best Time To Go to Bohol for Countryside Tours 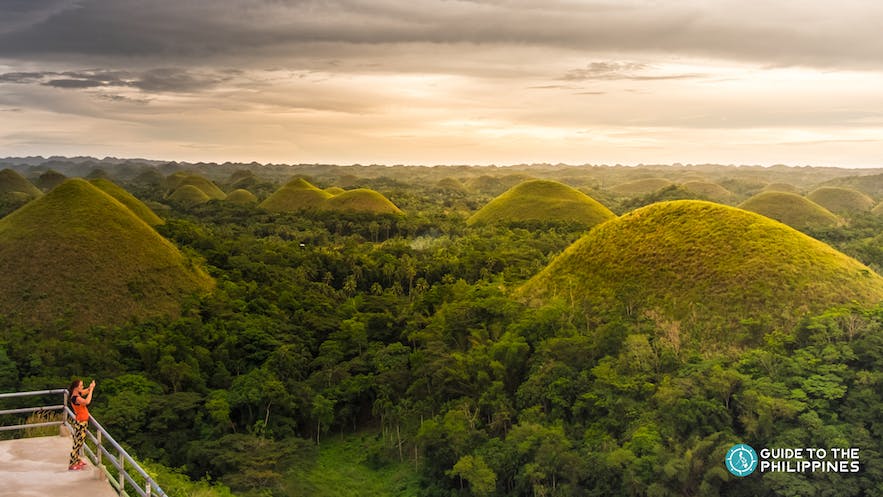 The best time to go on Bohol Countryside Tours is during the dry months of December to May. During this time, there's less chance of rainfall which can affect your tour, which is mostly outdoors.

The dry season is also the best time to go on a Chocolate Hills tour, as this is when the hills have their signature chocolate brown color. During the rainy season, grass grows on the hills, giving them a less chocolatey green color.

How to Get to Bohol

There are various options on how to go to Bohol, depending on your origin-destination. You can choose to ride a plane, ferry, or travel by land: 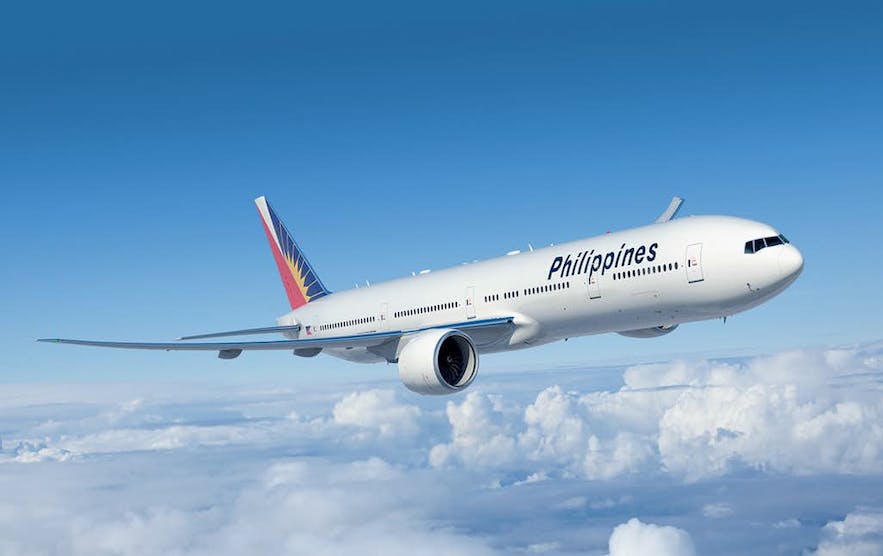 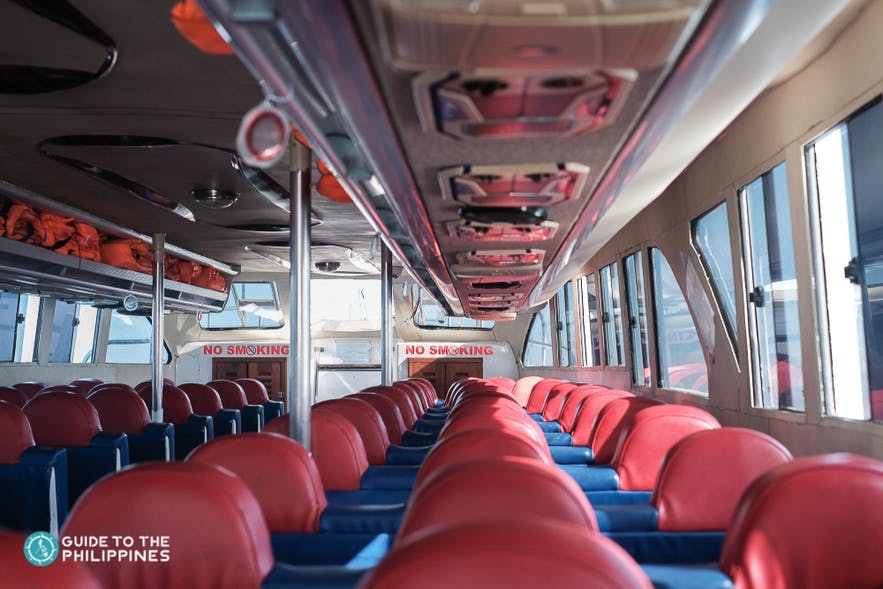 If you're coming from the Visayas Region, you can book a ferry from other Visayas destinations like Cebu, Dumaguete, and Siquijor to the Tagbilaran Port or the other ports in Bohol. You may also go on a ferry to Bohol from Camiguin Island in Mindanao. 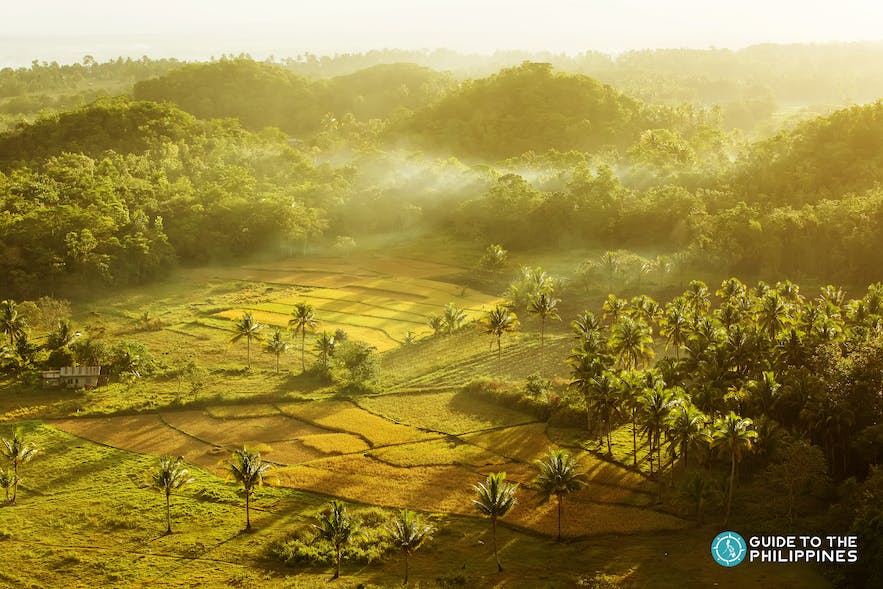 The typical Bohol countryside tour will take you to Bohol attractions that are inland. Depending on the itinerary, the tour usually takes around 6 to 8 hours, so it will take up a considerable amount of time in your day. Make sure you plan accordingly.

Here are some of the beautiful places in Bohol that you can expect to see on a Bohol Countryside tour: 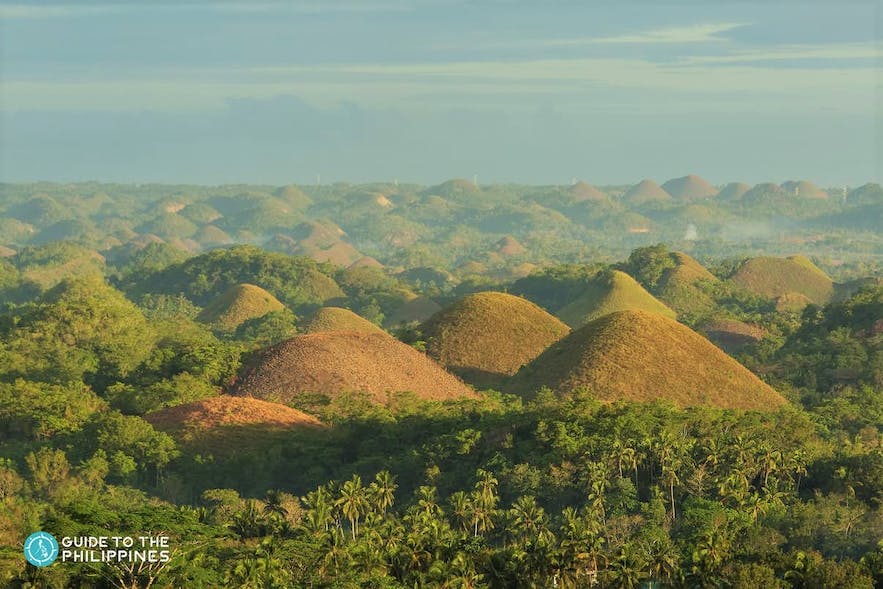 When it comes to tourist attractions, the Chocolate Hills is one of the best of Bohol. Comprising over 1,000 symmetrical and conical hills, the tourist spot covers an area of over 50 square kilometers across the three towns of Carmen, Batuan, and Sagbayan. These hills go brown during the dry season, making them look like gigantic Hershey's Chocolate Kisses, hence the name.

According to local legend, the hills were formed because of a fight between two giants. They hurled dirt and rocks at each other, and the result was the Chocolate Hills. There is no proven explanation of how the hills were formed, but some scientists believe that it was caused by an uplift of coral deposits. Another theory is that the area used to be covered by the sea, but the movement of tectonic plates made the sea retreat, and with the help of erosion, formed these hills.

The Chocolate Hills are declared as the Philippines' 3rd National Geological Monument and, along with a tarsier, is featured on the PHP 200 bill.

A countryside tour will usually take you to a view deck so you can see the hills, and most tours stop at the Chocolate Hills Complex Viewpoint in Carmen. If this is where you'll be viewing the hills from, be prepared to climb over 200 steps to reach the deck. The trip is worth it, though, as you'll be rewarded with a 360-degree view of the Chocolate Hills. Don't forget to take a photo as a souvenir! 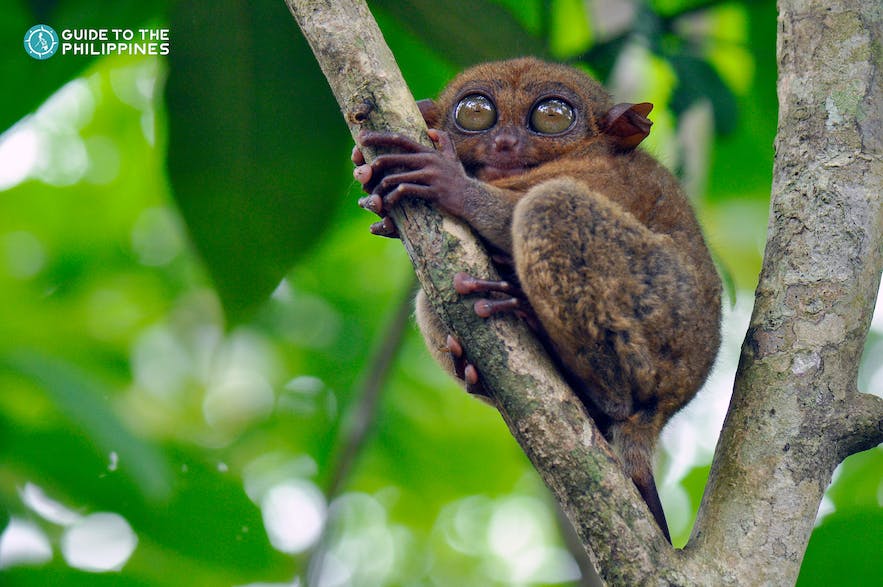 If you want to know where to see tarsiers in Bohol, a good place is the Philippine Tarsier Sanctuary. Located in Corella and managed by the Philippine Tarsier Foundation, Inc., this tarsier sanctuary Bohol is known for being home to these endangered primates and is dedicated to saving their lives. Here you can see the tarsiers in their natural habitat, where they can reproduce and live a rich life.

However, these delicate creatures are sensitive and bang their heads against the tree trunks when stressed, so when visiting the sanctuary, remember to keep quiet, not to disturb the tarsiers, and refrain from using flash when taking pictures. 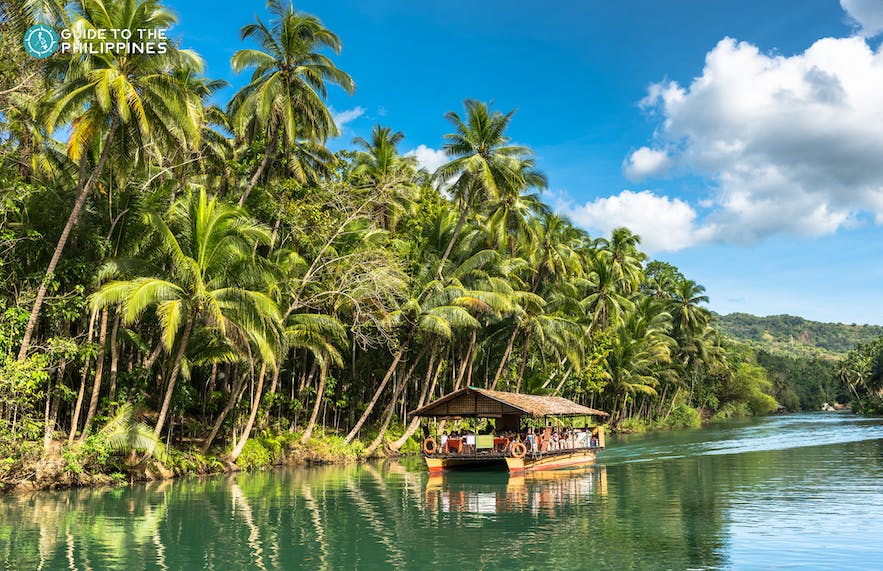 One of the top things to do in Bohol, a Loboc River Cruise is a staple in the Bohol countryside tour itinerary. Not only will it allow you to take in beautiful views of palm trees, the sky, and the water as you go on a slow cruise along the river, it will also allow you to take a peek into the local heritage and culture of Bohol as the cruise usually comes with a lunch of local dishes and a musical folk presentation from the locals. 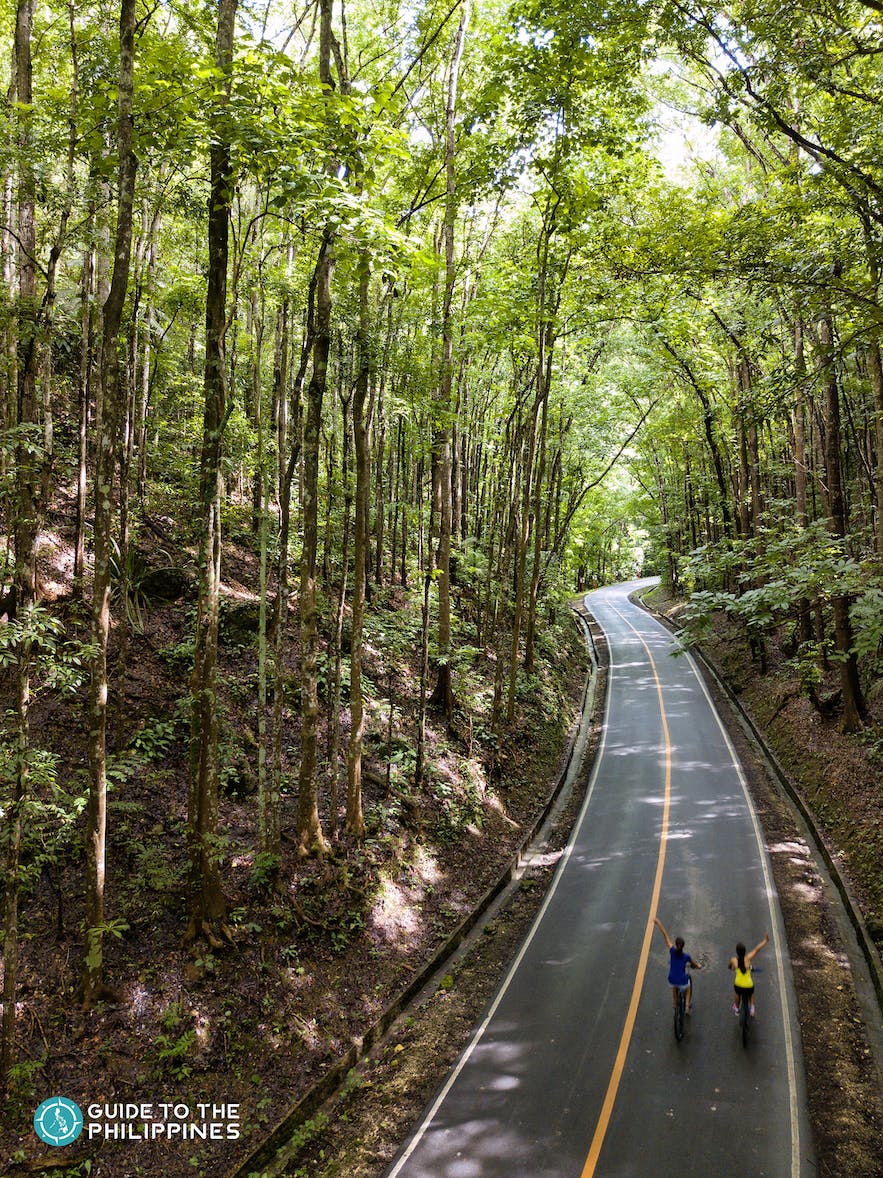 As its name suggests, the Bilar Man-made Forest was the result of a reforestation project that was started over 50 years ago. Located along the towns of Bilar and Loboc, the forest stretches for over two kilometers. This Bohol man-made forest made up of red and white mahogany trees is usually the stop right before or right after the Chocolate Hills. Because of the shade that the density of the trees provides, it's usually cooler in this area, making it the perfect spot to cool off.

Many tour vehicles stop on the side of the road so travelers can take photos of the seemingly endless stretch of mahogany trees, but keep in mind that the road is still a highway, so watch out for passing cars. 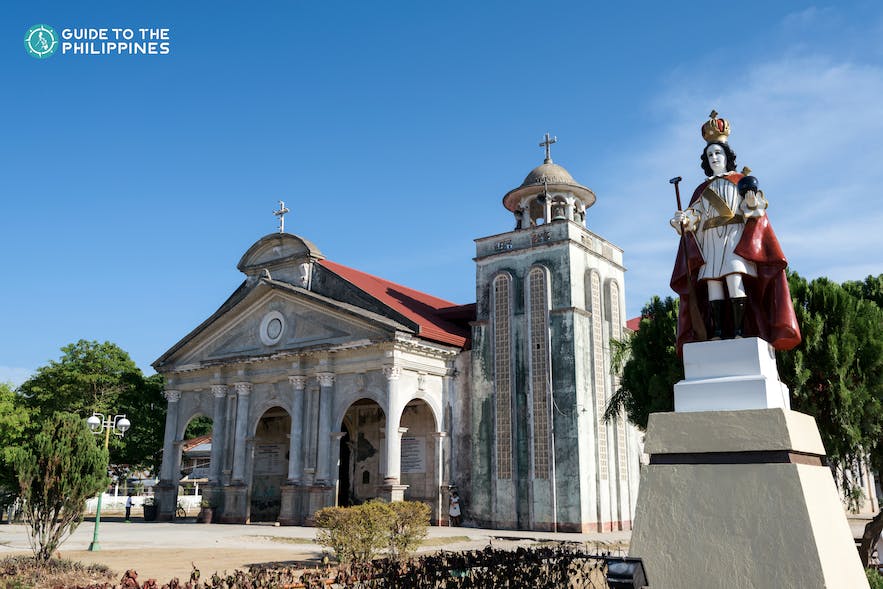 Not all tours include stops to Bohol's churches, but for those that do, you can expect to visit either Baclayon Church or Albur Church. Baclayon Church, or The Immaculate Conception of the Virgin Mary Parish Church, is a declared National Historical Landmark by the National Historical Commission of the Philippines and National Cultural Treasure by the National Museum of the Philippines. 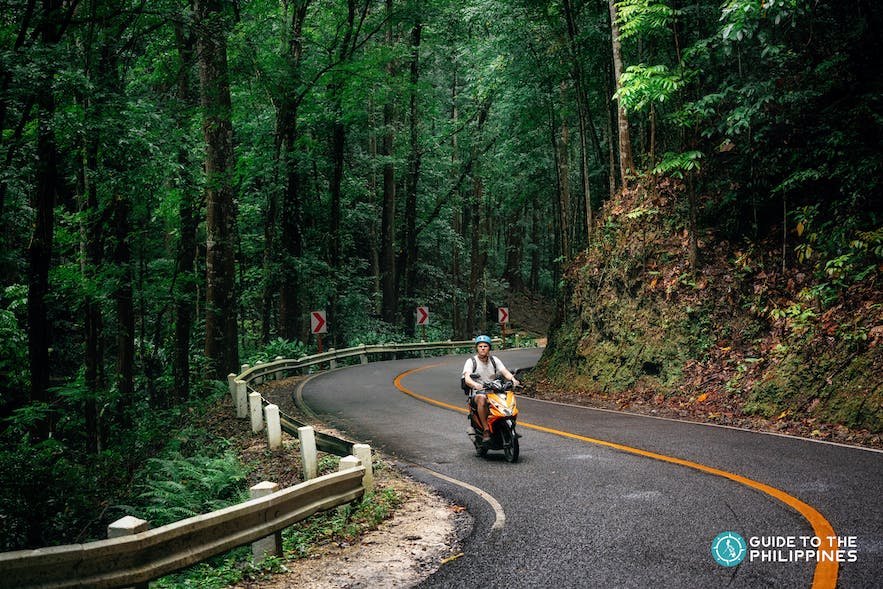 Take note of these travel tips before you go on your Bohol countryside tour:

Like most tourist spots in the Philippines, Bohol and its attractions are generally safe for tourists, but it would be best if you stay alert and aware of your surroundings. Be cautious when interacting with strangers who are not part of your tour.

You'll be mostly spending time outdoors, so make sure to wear something light and breathable. You'll likely climb some steps to get to the view deck of the Chocolate Hills, so it's also advisable to wear comfortable shoes as well.

The Bohol countryside tour lasts several hours, so it's best to pack your own bottle of water and snacks to keep you energized during your entire tour.

You might also want to pack a power bank for your gadgets to keep them powered up for the whole trip.

On that note, pack light and remember only to bring necessities so you won't have to bring a heavy bag around with you as you explore.

Other Attractions and Activities near Bohol Countryside Tourist Spots 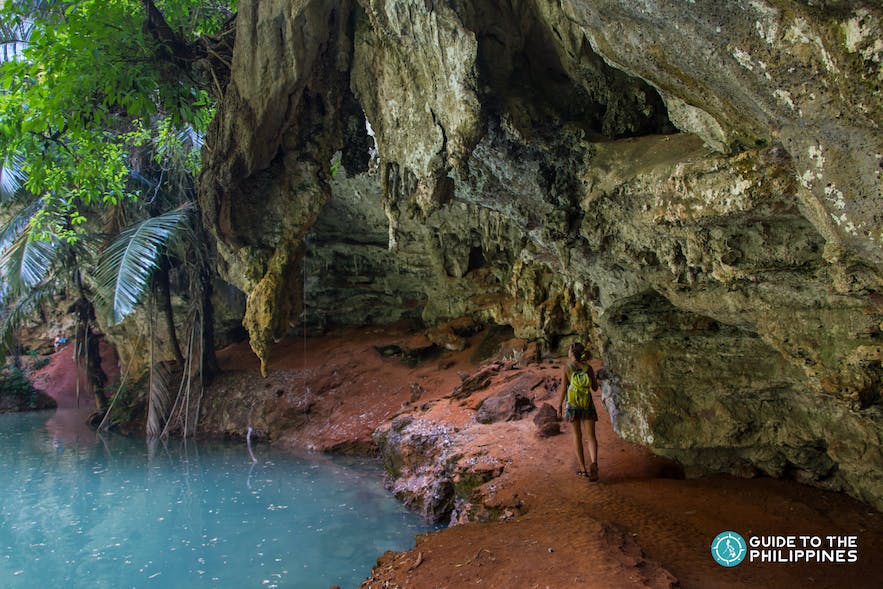 There is more to the province than just the tourist spots in the Bohol countryside tour, and if you have the time, it will be worthwhile to go on a Bohol side trip and visit these other attractions while you're on the island. 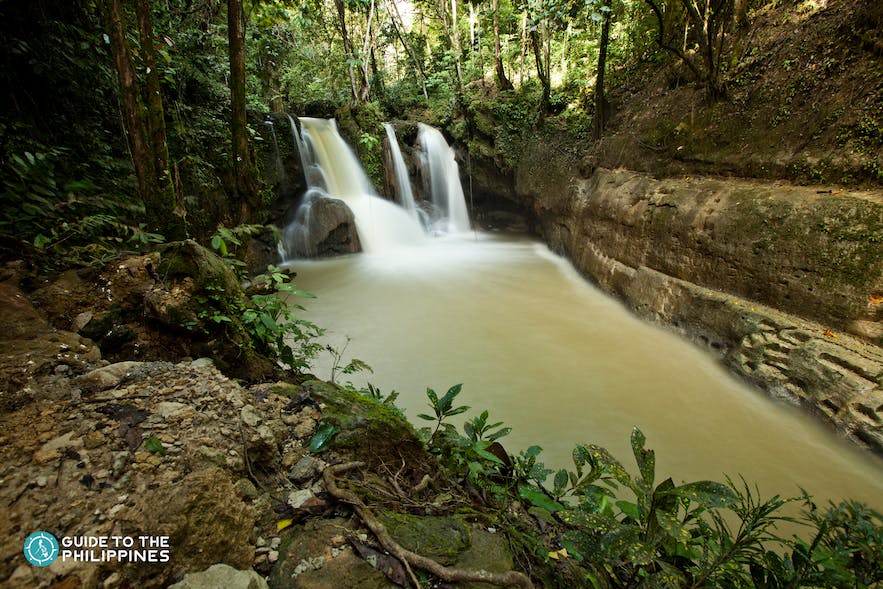 Located in the municipality of Antequera, Mag-aso Falls is a beautiful falls which is perfect for swimming and cliff jumping. It's usually not crowded, which makes it a perfect place to take travel photos. 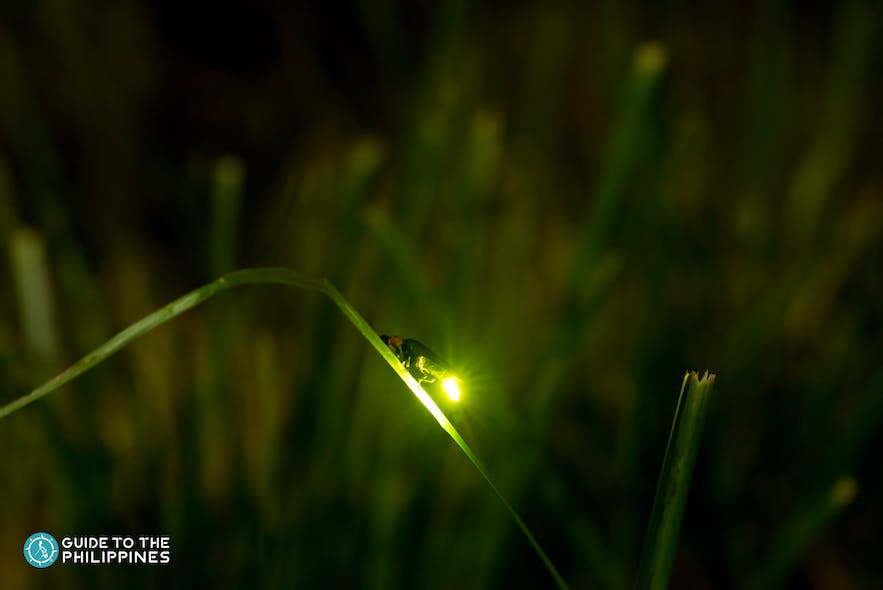 The Abatan River is where many people go for a firefly watching Bohol tour. Take part in a slow river cruise at night, and you'll have the chance to get close to the fireflies as they light up some of the mangroves along the river. 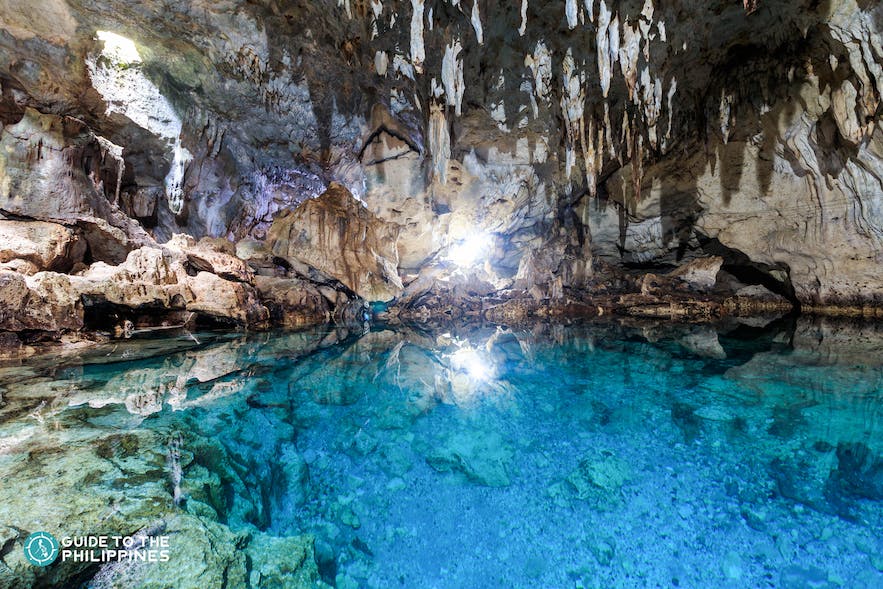 If you want to visit a Bohol cave during your trip, this one is a good option. Hinagdanan Cave Bohol is located in the municipality of Dauis. The cavern features a freshwater lagoon, but to get inside, you have to go down a narrow set of steps, making it one of the most unique caves in Bohol. 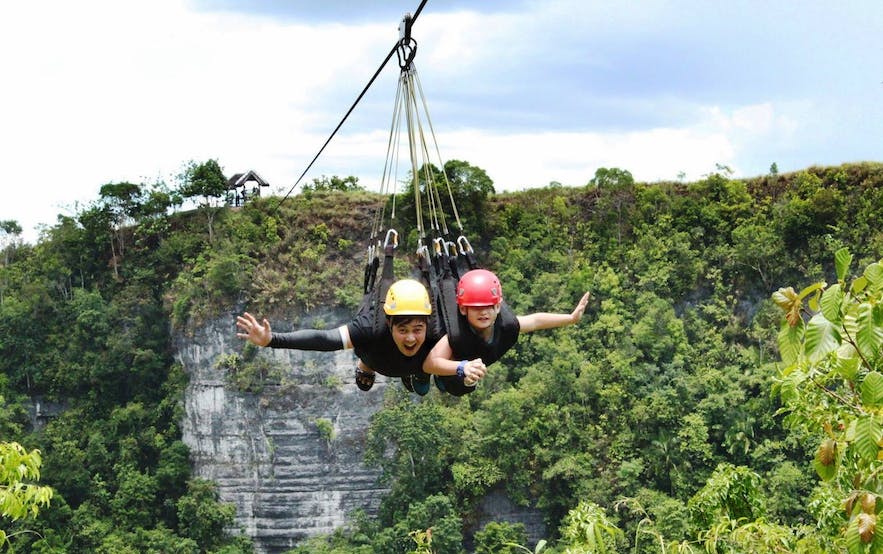 Danao Adventure Park Bohol is perfect for adrenaline junkies who want to try activities like ziplining and rappelling. Guests may also enjoy bird watching and spelunking in the park. 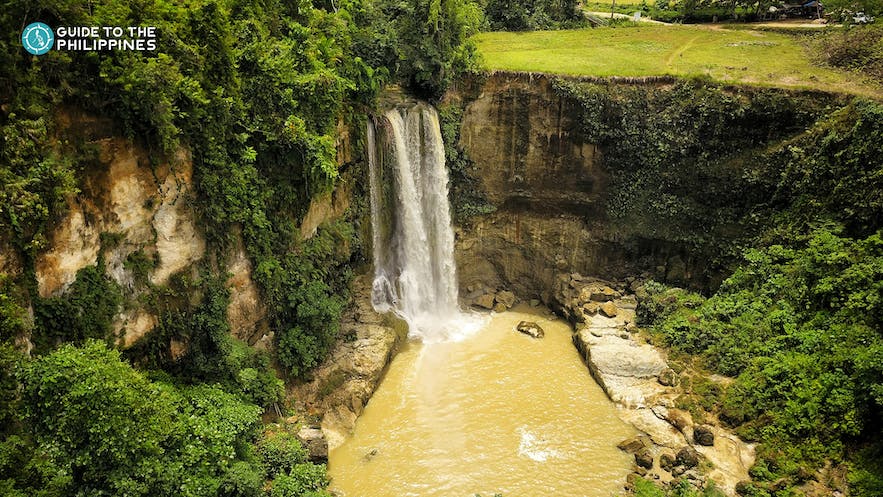 Like the Mag-Aso Falls, Camugao Falls in the municipality of Balilihan is a quiet and secluded spot without the crowds. It is considered one of the tallest waterfalls in the province and is a great spot for swimming. 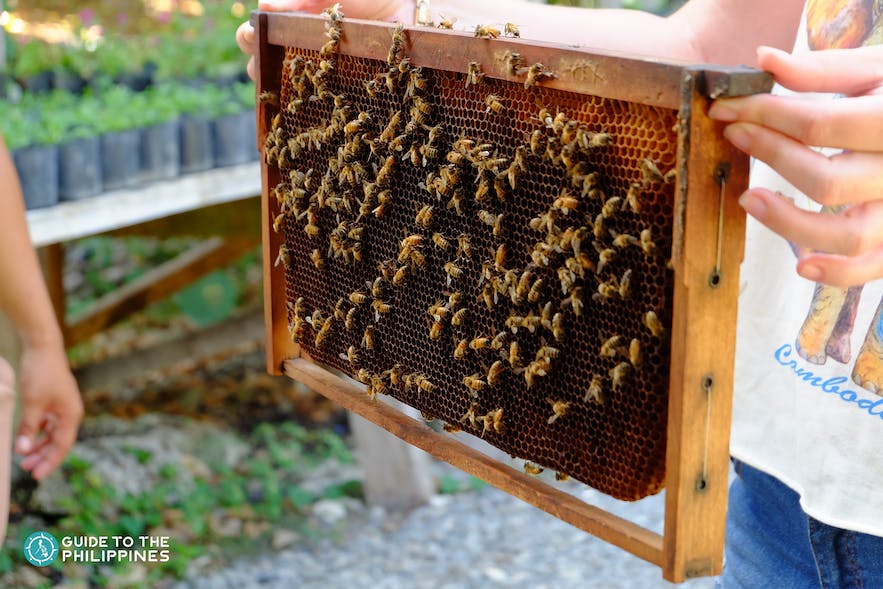 One of the most popular stops when in the province and one of the best Bohol restaurants, Bohol Bee Farm features a hotel, a restaurant, and the farm itself, which employs organic farming practices. You can explore the property and its facilities by joining a Bohol Bee Farm tour. 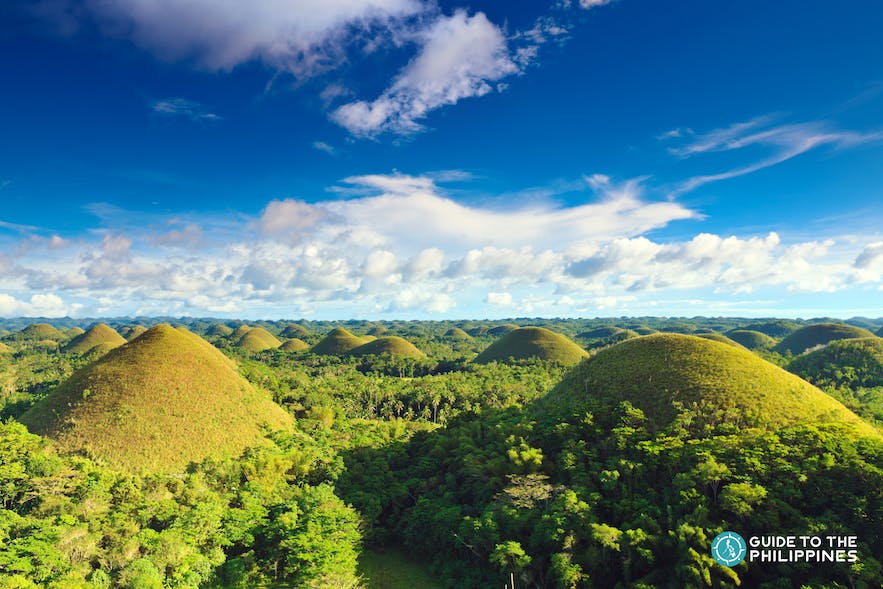 While the province is also known for its stunning beaches and relaxing Bohol beach resorts, the countryside tour is one of the most popular Bohol tours that travelers go on when visiting the island.

It's a good introduction to the natural inland attractions and the heritage sites of Bohol and is a perfect activity for those visiting the province for the first time. Repeat travelers will still appreciate this tour as the stops offer stunning views with every visit. Add this tour to your Bohol itinerary for a day on the island that you'll remember.