The lighthouse of Cape Bojeador is the Philippines’ highest elevated lighthouse that is still active and kept in the original structure dating back to the Spanish-Colonial period.

Marking the country’s northwesternmost point, the lighthouse is strategically located on Vigia de Nagpartian Hill overlooking Cape Bojeador in the West Philippine Sea, where ships of the galleon trade sailed by.

A declared cultural heritage first operated in 1892, Cape Bojeador Lighthouse was designed by Magin Pers y Pers in 1887 then finished by the Lighthouse Service under Guillermo Brockman. Both Spanish engineers constructed many other lighthouses throughout the Philippines in line with the Spanish government's master plan of illuminating the archipelago.

More commonly called the Burgos lighthouse, it worked with the original Fresnel lens lamp until as recent as 1990, damaged only from misalignment caused by an intense earthquake that year. Pressurized kerosene lit the lamp for a century, now replaced by a solar-powered electric unit.

How to go there 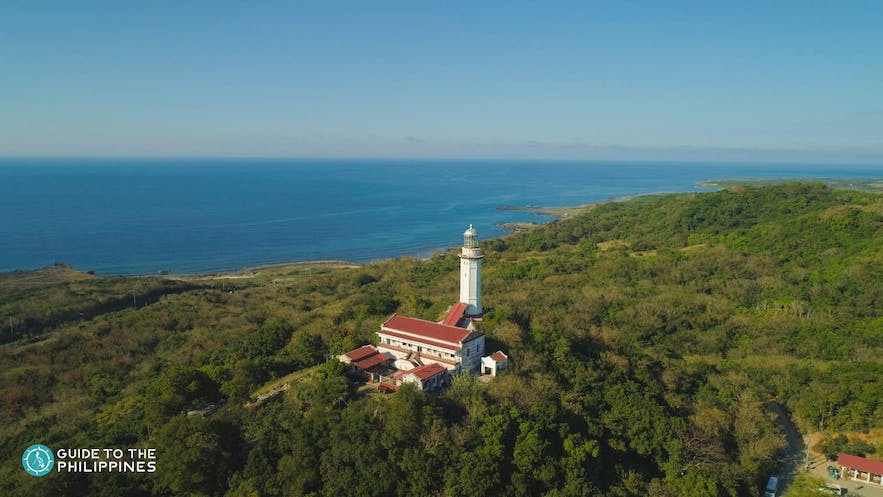 It is best visited during the dry season, from November to April, in order to fully enjoy the panoramic view of the province.

Visitors can go all the way up to the cupola for a panoramic view for a small entrance fee.

What is Cape Bojeador Lighthouse made of?

The 20-meter-tall Cape Bojeador is all-masonry made, constructed with locally produced bricks.

What makes Cape Bojeador Lighthouse different from other well-known lighthouse in other countries?

What makes the Burgos Lighthouse most memorable is its pretty bronze cupola that crowns the octagonal tower, fitted with glass panes and decorative iron grilles.

What can you do at Cape Bojeador Lighthouse?

There’s a lot of things you can do at this cultural attraction. The whole complex is picturesque, apart from the sea views. From the parking area at the foot of the hill, you look up to a courtyard that has an old well at the foreground and brick staircase beyond. This leads to an hacienda-style pavilion that currently houses a museum. The pavilion and tower had been painted white, but time and strong winds have chipped off some color, reinforcing its historical appeal.