Fort San Pedro situated at A. Pigafetta Street, Cebu City, is the oldest and smallest fort in the Philippines and is one of the city’s pride. Lying in Plaza Independencia in the pier area of Cebu, the fort holds a rich history of the island and the historical events during the Spanish rule.

Fort San Pedro, otherwise known as Fuerza de San Pedro, was once a functional military defense structure. The fort was constructed on May 8, 1565, by Spaniards and Cebuano laborers under the command of Miguel Lopez de Legazpi and the Spanish Government in Cebu.

It was because of this fact that the fort was named “San Pedro”, from the flagship of Legazpi, the “San Pedro”. The original fort was then made of woods, built only eleven days after Legazpi landed on the island. In 1738, the wooden fort was replaced with stone and mortar to keep the Muslim raiders and pirates at bay.

Fort San Pedro became the basis of the first Spanish settlement in the Philippines. At the end of the 19th century, the fort then served as a stronghold for Filipino revolutionaries during the Philippine Revolution. 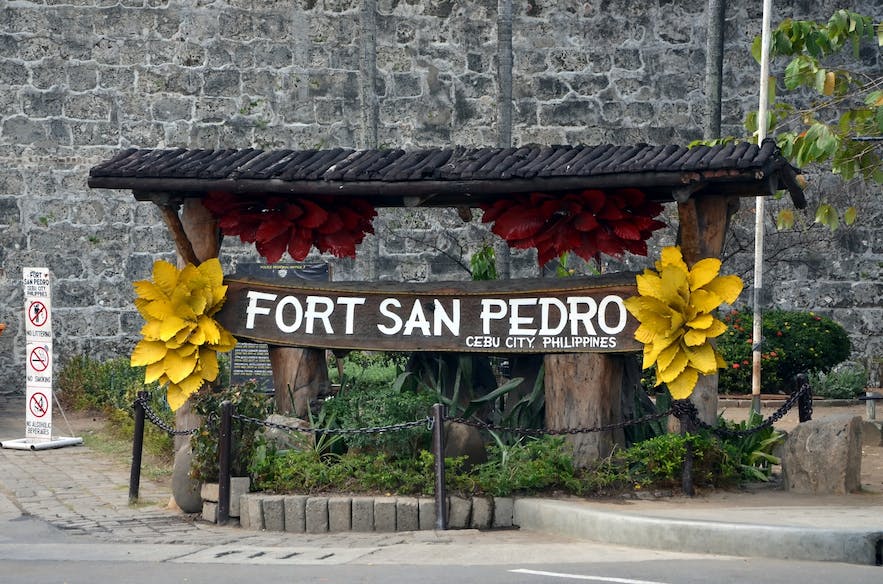 Fuerza de San Pedro is a triangular bastion fort. Its two sides are fronting the sea, and the other edge is facing the land where the entrance to the fort is located. You can see cannons installed on the sides facing the sea, while a sturdy fence made of wood is placed in front.

There are also several buildings inside the fort. The largest is the Cuerpo de Guardia where the personnel that manages the fort dwelt. Besides that building is Vivende Del Teniente, the quarters for the lieutenants.

The fort is about 2,025 square-meter wide with walls that are 20 feet tall and 8 feet thick. The gate has two rectangular columns with a Philippine flag in between. Below it is an alcove where an image of the Sto. Nino is placed, the city’s patron saint.

Then on top of the arc, the entrance to the fort is a spandrel bearing the Spanish name of the place with the year it was built. Outside the fort stood giant statues of Legazpi and Antonio Pigafetta. 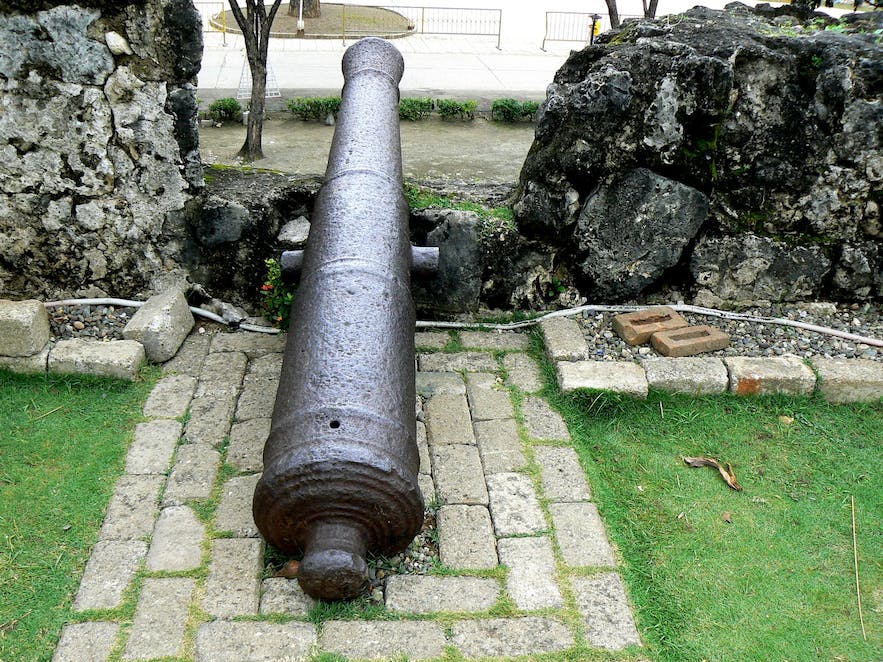 At present, Fort San Pedro is a historical park under the care and administration of the Cebu City government. You can visit the museum inside the fort that holds several preserved Spanish artifacts, such as paintings, sculpture, old photographs and items, and documents.

The spacious lawn of the fort now serves as a perfect venue for occasions like weddings, birthdays, and others, but only with the permit from the designated personnel.