Paoay, officially the Municipality of Paoay (Ilocano: Ili ti Paoay; Filipino: Bayan ng Paoay), is a 4th class municipality in the province of Ilocos Norte, Philippines. According to the 2015 census, it has a population of 24,866 people. The town is home to the Paoay Church, a UNESCO World Heritage Site.

Paoay is politically subdivided into 31 barangays.

Another prominent feature of the municipality is Paoay Lake. Legend has it that it was the site of a prosperous barangay called San Juan de Sahagún (Saint John of Sahagún) that sank following an earthquake.On the shores of the lake lies a mansion once used by the Marcoses called Malacañang of the North; it is now a museum. Adjacent to the mansion is the Paoay Golf Course. 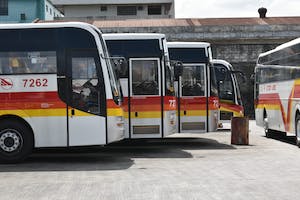