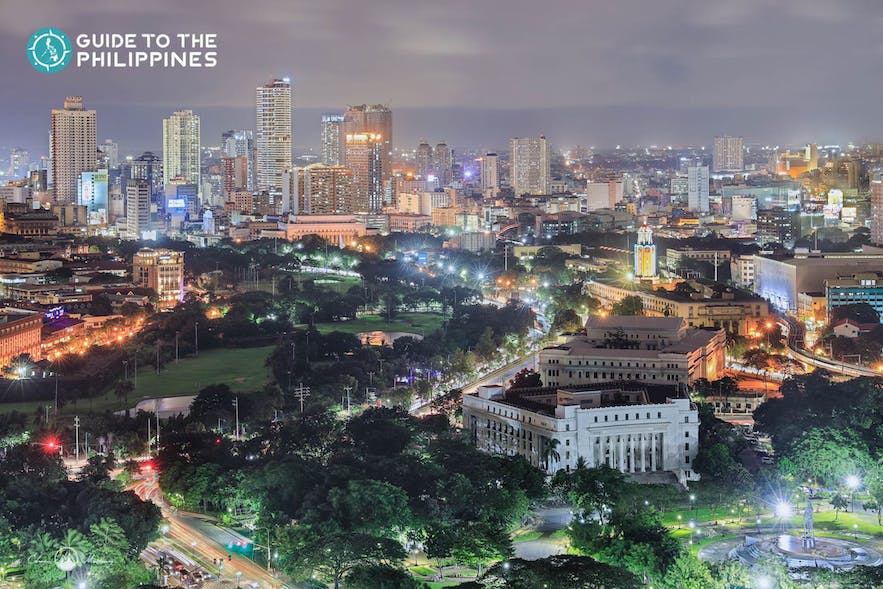 Discover the Philippines' history, arts, and culture with these museums in Manila. What are the best museums to visit in Manila and nearby cities today? What are the unique attractions and activities in these Museums? Read on to find out.

Manila, the capital of the Philippines, and its neighboring cities in the Metro offer a multitude of tourist spots and activities for every kind of traveler. Aside from the sightseeing, historical, and cultural attractions, you can join museum tours in the Philippines that are also perfect for family trips. 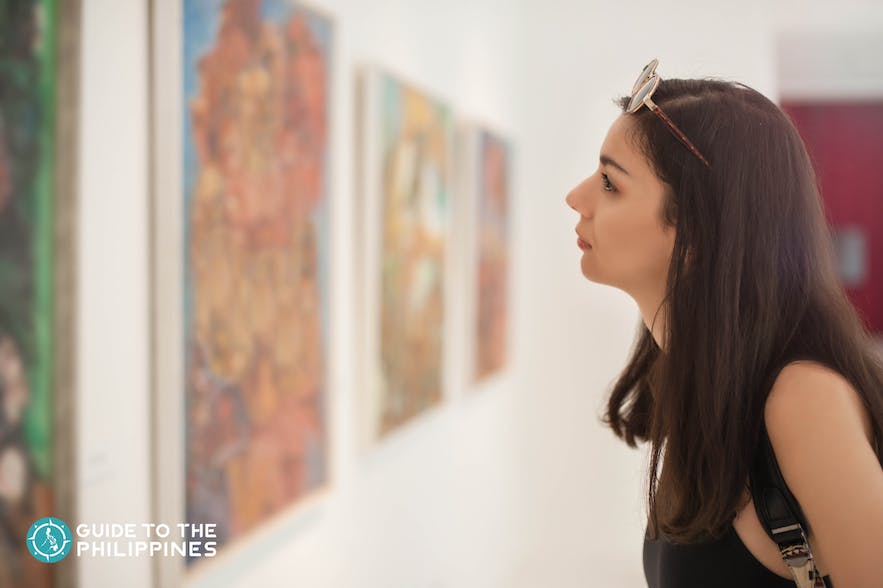 Rizal Park (also known as Luneta) is considered to be the historical center of the city of Manila. Its neighborhood houses the National Museum Complex, with four buildings each featuring a distinct set of exhibits.

Aside from the National Museum of Manila, there are also fun and modern museums that will be highly enjoyed not just by kids but by kids at heart as well.

This article has a good selection of the best museums you can tour that showcase the best of Philippine history and culture and modern museums that will give you an educational and fun picture-taking experience. 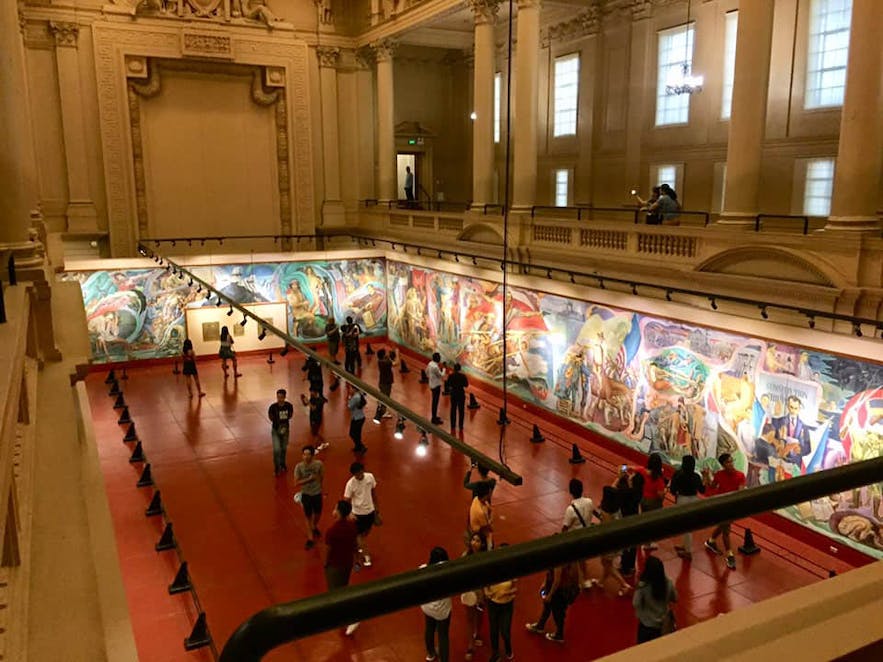 Photo from the National Museum of the Philippines

If you like visual arts, the National Museum of Fine Arts in Manila is a must-visit. Its highlight is the "Spoliarium," an immortal and prize-winning work by 19th-century Filipino painter Juan Luna. It also houses other priceless works by other Filipino masters such as Guillermo Tolentino and Félix Resurrección Hidalgo.

The building itself, with its neoclassical architecture, is a work of art built in the early 1920s. Originally built to be a legislative hall, it now displays works by Filipino masters, both ancient and modern. 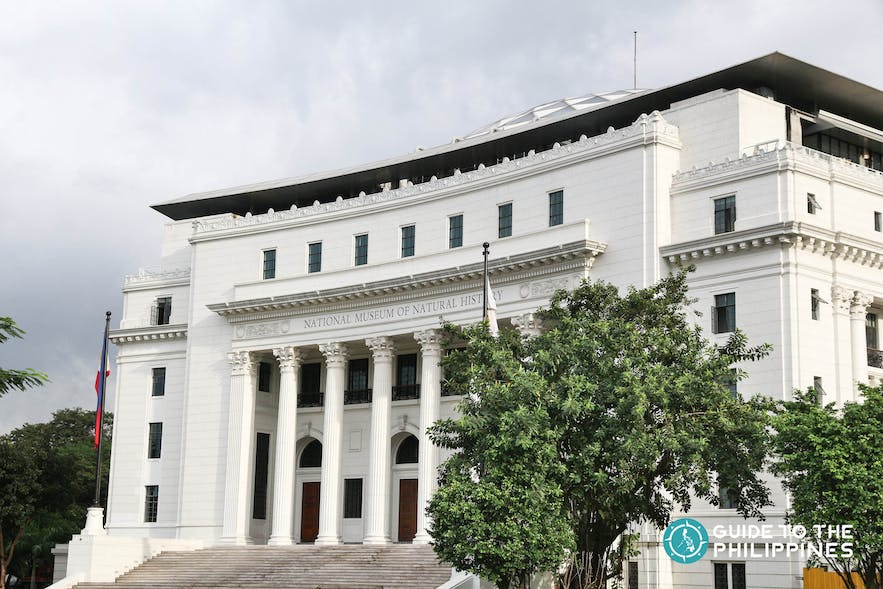 The Museum of Natural History opened its doors in 2018 after some heavy renovation. The biggest attraction is the skeleton and taxidermy display of Lolong, the largest crocodile in captivity (at least, when it was alive until 2013). There are also various exhibits of Philippine flora and fauna. Some of the exhibits are also interactive.

Being part of the set of museums around Luneta, this can also be easily reached from the park. Just look out for its distinctive geodesic dome as you walk towards Agrifina Circle.

Like the Fine Arts Museum, this is a repurposed building that was originally meant to be the Agricultural and Commerce Building. Join a National Museum tour with Intramuros to check out the exhibits here. 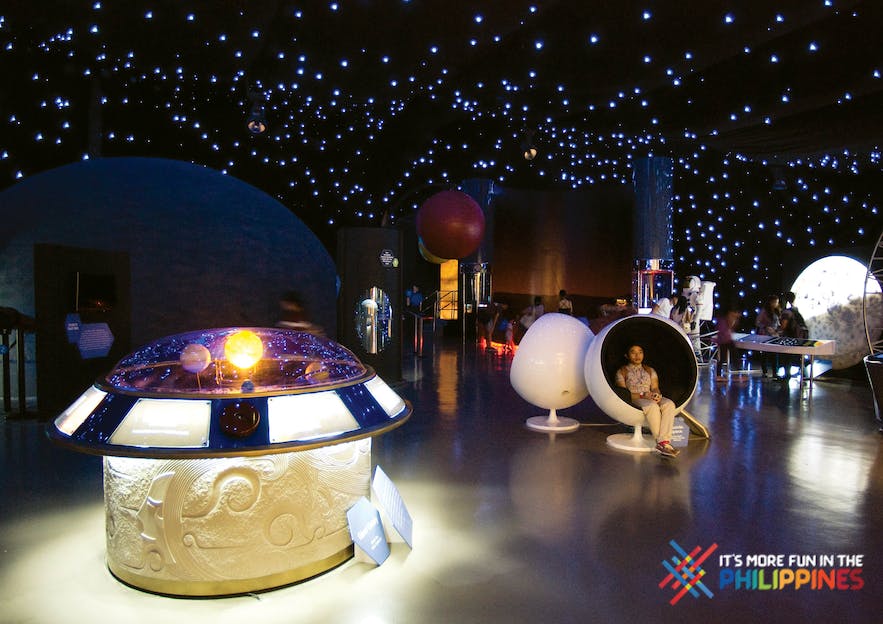 If the Museo Pambata is, well, too childish for you, then the Mind Museum might suit you better. This Manila museum has a 3-acre stretch and is relatively new as it opened only in 2012.

There are different galleries each with their own science-related themes, from the Earth and the Universe, to atoms and electronics.

There’s a 3D Theater, a planetarium, life-sized dinosaur sculptures, and some pretty nifty hands-on experiments. If you’re bringing kids along, you need to supervise them closely so they can maximize their visit.

A fun exhibit is the static electricity section where your hair will stand when you put your hands on a Static Ball. There are kiosks as well where you can take quizzes. 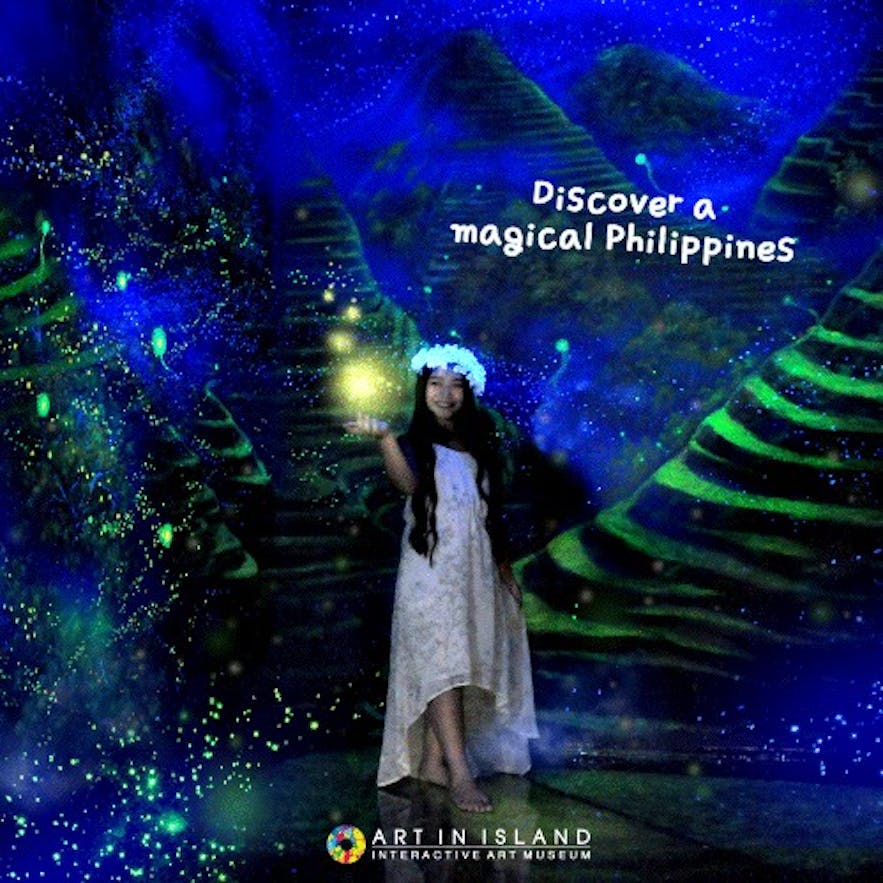 Photo from Art in Island

As one of the more unique museums in the country, this is the perfect place for the selfie generation. There are no dioramas or exhibits here, just walls of well-made optical illusions.

The idea is for you to pose in the scene and have someone take a photo (from one of the conveniently-placed photo spots). Done right, you get transported to a different place, time, and reality.

It can get pretty crowded in this attraction, so if you come during peak season (which is basically any holiday) you might have to compete for photo spots. But there’s plenty here to keep people milling about constantly.

You can take pictures in a flying carpet, in a cave, in a bottle, fighting off creatures, and riding a chariot, among others! The illusions are so well done you can get lost in them, even in person. 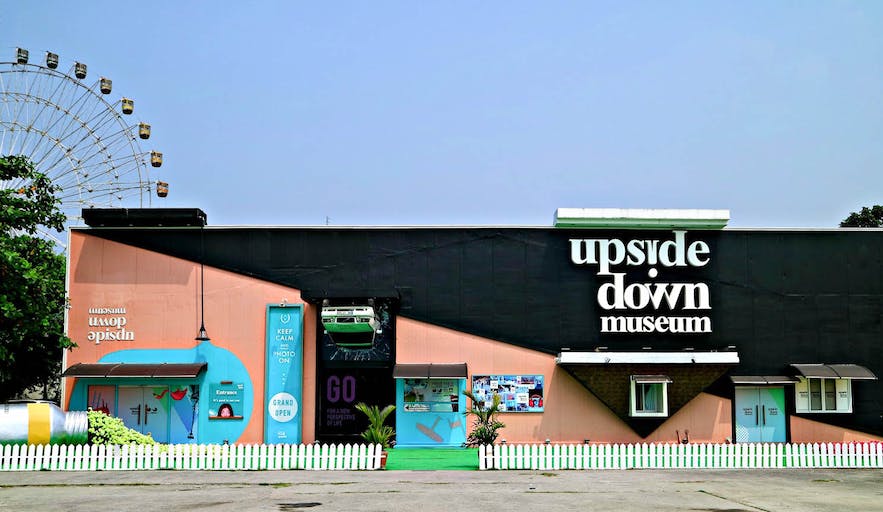 Photo from Upside Down Museum

Just like Art in Island, this is a set of exhibits that are perfect for picture taking. This is a local (and bigger) adaptation of similar museums found in the USA and other Asian countries.

There are 15 exhibits of various themes, from the classic Upside Down House to the Giant Shoe. There are all sorts of illusions here as well, which are both mind-boggling and Instagram-worthy. Make sure to bring an extra SD card and a power bank to make sure you enjoy your stay. 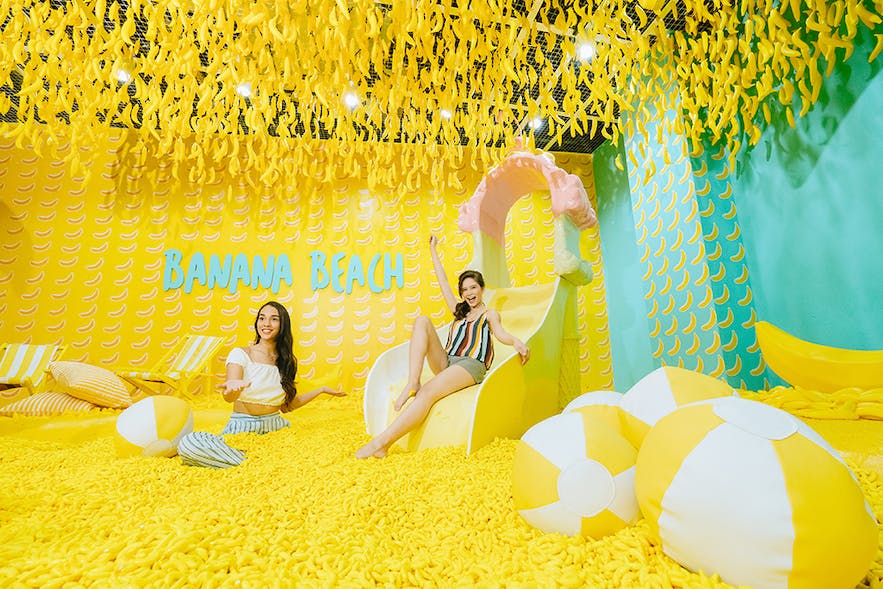 Photo from The Dessert Museum

This is one of the most unique museums in the list, with eight rooms full of everything sweet. It’s perfect for those with a sweet tooth and can't get enough of Instagram-worthy photos.

There are giant donuts, a forest made of candy canes, and fields of cotton candy where you can actually pick the colorful floss. It’s still made for children, so there are slides, swings, and a playground.

Of course, it wouldn’t be a dessert museum unless you can taste various types of sweets, which you can! These aren’t ordinary desserts either, but those especially curated to fit with the various “exhibits” in the museum. There’s also an educational side, with some cool trivia about your favorite desserts. 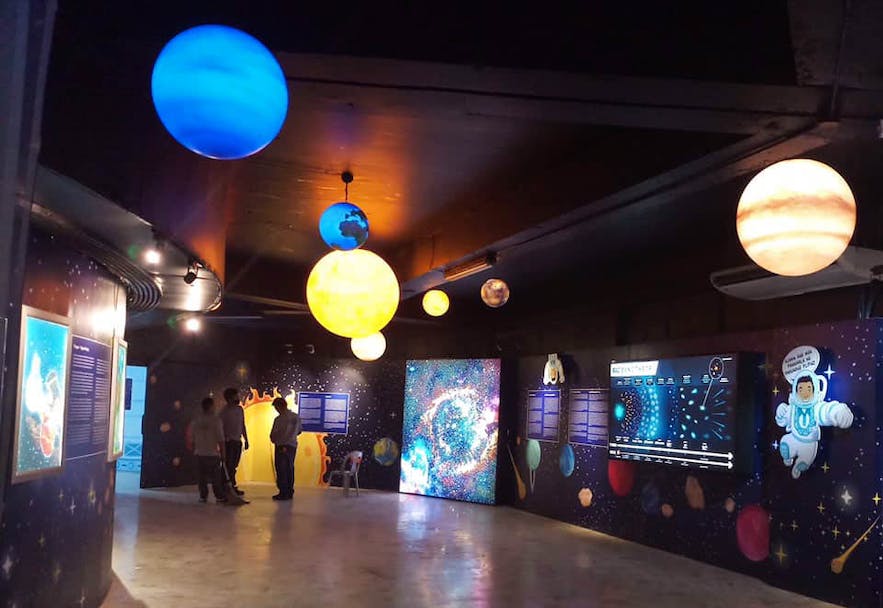 Photo from the National Museum of the Philippines

The Planetarium is located in Rizal Park itself, right between the Japanese and Chinese Gardens. Go here starting at 1 p.m. for the grand show in the 310-seat theater.

A starball projector recreates the heavens in a movie presentation. It’s primarily geared towards students, but there’s also plenty to make adults go “wow.” There are four showings a day, so plan your visit well. 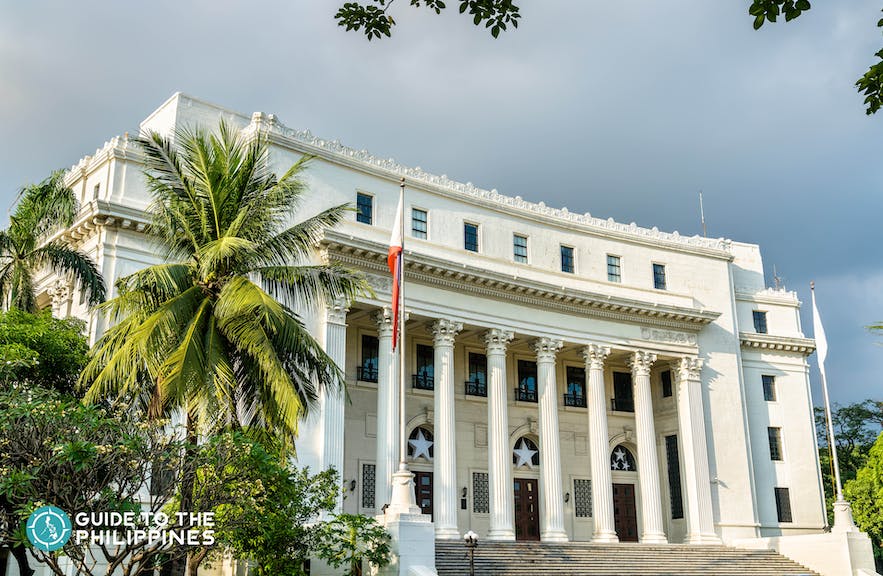 Also called the “Museum of the Filipino People,” this is another branch of the National Museum Complex. It features exhibits that are not so much concerned with the history of the Filipino, but with the culture of the islands.

You can find, for example, exhibits on the indigenous people like the Ifugao and the Lumads. You will also find pieces of history, such as the San Diego Exhibition, featuring a real warship dating back to the 1600s.

This is one of the largest displays among the various Manila museums. Originally housing the nation’s Department of Finance, this building is the third of four museums around Luneta. 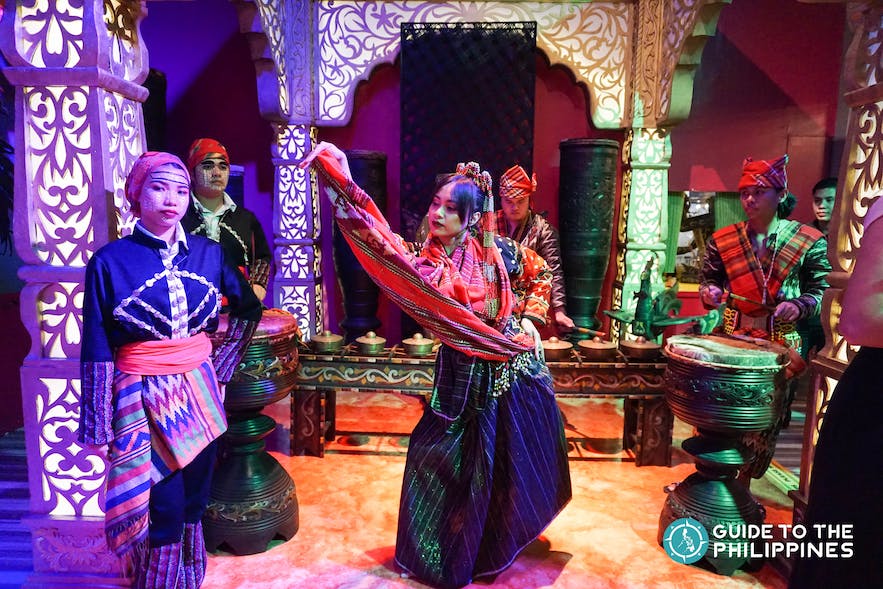 Another modern and fun museum from the same creative minds as Dessert Museum is the new Lakbay Museo, also located in S Maison at Conrad Hotel Manila, Mall of Asia Complex in Pasay.

It's the first Philippine millennial interactive museum that features 14 unique experiences where you can travel to 11 different destinations in Luzon, Visayas, and Mindanao in just 2 hours. Before going there, it's highly recommended to book your Lakbay Museum admission tickets online for better deals.

Visitors can learn more about the sights, culture, and food around the Philippines without having to actually go around the country. Highlights here are the interactive exhibits showcasing Filipino culture and daily life like sari-sari stores and a carinderia.

There's also a replica of Mayon Volcano, Ilocos food displays like longganisa and empanada, Ivatan houses of Batanes and the Bale houses of Ifugao, and even free tastes of local vinegar, dried fish, and more. There are also cultural shows that will keep visitors entertained as you go around the museum.

This museum is likely designed to be the anti-museum. Instead of having everything behind glass cases, touching and interaction are highly encouraged. While it is meant primarily for kids, even the kids-at-heart will have a lot of fun here as well.

There are various sections tackling nature and ecology, anatomy, the history of Manila, and even career options. There’s also a children’s library, which is unique among the Manila museums. 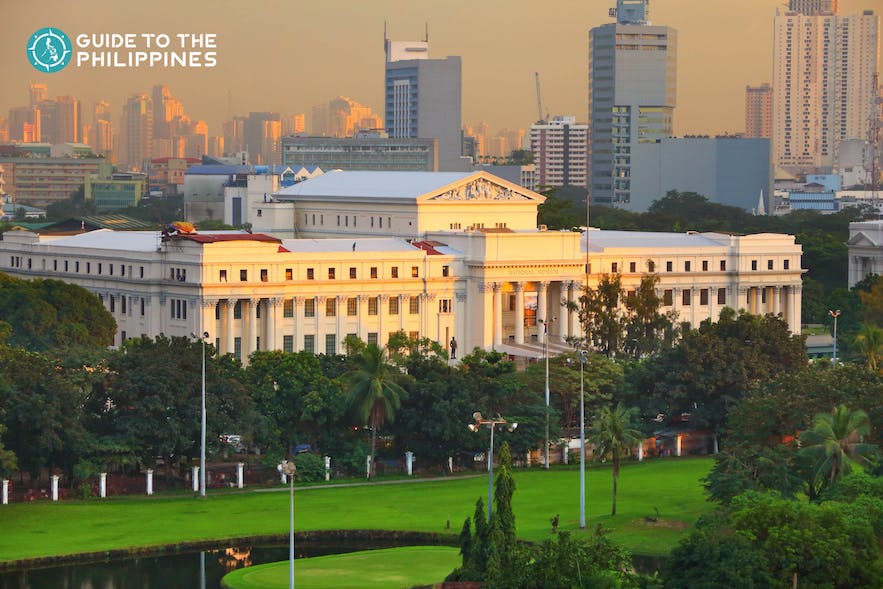 Explore the educational and fun museums in Metro Manila during your trip to the city! Check out Manila tours and Philippine Museum Tours that you can add to your itinerary.

Experience the ultimate island life in Palawan, the Last Frontier of the Philippines. Learn about the top destinations in Palawan: El Nido, Puerto Princesa, and Coron. Find out how to get around the...

Sinulog Festival in Cebu: Everything You Need to Know

Experience the vibrant and fun-filled Sinulog Festival in Cebu every January. What is the origin of this festival? When do you usually celebrate this …
Read more

MassKara Festival in Bacolod: Everything You Need to Know

Join the annual colorful MassKara Festival in Bacolod, the City of Smiles. Find out about the cultural importance of this festival and what to expect …
Read more

11 Best Festivals to Join in the Philippines

Guide to the Philippines

List your business and productsPartner Login
Find us on social media