Tarlac is a landlocked province in the Central Luzon region of the Philippines, characterized by vast rice fields, grassy lands, and sugarcane plantations. While the province is not usually on the travel radar for most visitors and explorers from and coming into the Philippines, Tarlac holds a lot of tourism potential given its many historical and religious sites, adventure parks, expansive golf courses, refreshing rivers, and gastronomic adventures.

Together with its neighboring provinces of Pampanga, Pangasinan, Nueva Ecija, and Bulacan, Tarlac forms part of what is known as the Central Plains, situated right at the heart of Luzon. It is also regarded as the most multicultural among all these provinces, as it is home to a mix of four major ethnic groups from the region — the Kapampangans, Ilocanos, Pangasinenses, and the Tagalogs.

Agriculture is the main activity and economic resource in Tarlac, with rice, sugarcane, and corn among its most popular and bountiful produce. Some of these farms have opened up to the public, allowing for visitors to learn more about their growing and harvesting systems, get up close and personal with their livestock, and sample some of the fine products and delicacies made from the produce grown in their fields. 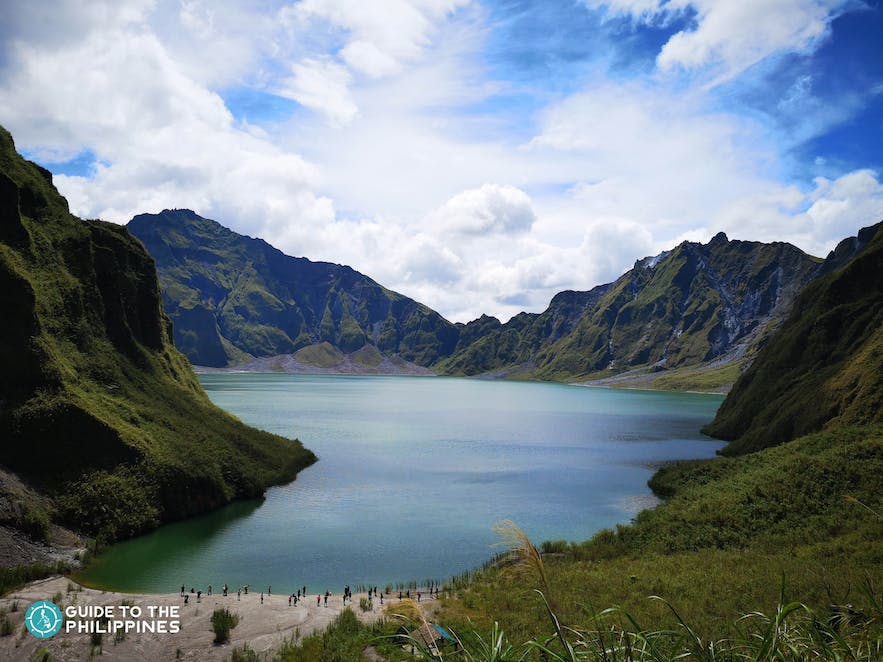 Tarlac also serves as a jumpoff point for trekking tours to the magnificent Mt. Pinatubo crater and lake. Given all its natural beauty and man-made attractions, it is time to see Tarlac not just as a stopover when heading north but a worthwhile destination in itself.

The best time to visit Tarlac is during the dry season in the Philippines, from December to May, since most of Tarlac’s attractions are situated outdoors.

Like most of Philippine tourist destinations, the low season for travel in Tarlac is during the rainy season from June to October. During this time, most accommodations offer their rooms at a lower rate.

The province of Tarlac enjoys both dry and wet seasons. Dry months start from late November until May, with the hottest months during March, April, and May.

Since Tarlac is defined by expansive landscapes and outdoor attractions, it is best visited during the dry months, with very little chance of rain. Generally, summer months from March to May are the peak travel season in the Philippines.

Tarlac is known as the “Belen Capital of the Philippines” where giant versions of the belen, or nativity scene, are showcased around town during the Christmas season.

Just a few weeks after Christmas, the Malatarlak Festival is celebrated from January 13-20, in celebration of a variety of grass native to the area. Parades featuring locals and children in grass-inspired costumes as well as food festivals take place during this time.

When to avoid visiting Tarlac

To fully enjoy what Tarlac has to offer, avoid visiting during the rainy season from June to October, as heavy rains and typhoons may put a damper on your travel plans.

How to get to Tarlac

Buses from Manila going to Baguio City, Vigan, and the rest of the Ilocos region pass through Tarlac. Bus lines such as Victory Liner, Five Star, Baliwag Transit, Genesis, JAC Liner, and Philippine Rabbit depart from terminals located in Cubao and Manila, and it takes about three hours to reach Tarlac. Most of these northern-bound trips make a stop-over in Tarlac before proceeding to their respective destinations.

If you plan to visit Tarlac using a private car, take the North Luzon Expressway (NLEX) and make a turn at its northernmost exit leading to the Sta. Ines tollgate. From here, you will pass through Mabalacat Road and MacArthur Highway until you reach the right turn going to Luisita Industrial Park.

Despite its growing economy, Tarlac still has a rural and laid-back vibe. Locals will be warm and welcoming to visitors.

As a general rule when traveling, visitors are always encouraged to be respectful of the locals, be mindful of their actions and surroundings, and to leave no trash behind when visiting Tarlac’s many attractions.

Jeepneys and tricycles will be the most convenient and accessible modes of transportation when going around Tarlac. Visitors will also notice modernized public utility vehicles around town, as part of the local government’s modernization project for land transportation in the province.

As a melting pot of different ethnic groups from surrounding provinces, Tarlac also serves up delectable food that have influences from the unique cuisines of these provinces. Moreover, the province grows some of the best rice, sugarcane, corn, and vegetables in the region, producing fine ingredients for many of its dishes and delicacies.

Sample Kapampangan cuisine at Tatuns Kambingan, which mostly serve dishes featuring goat’s meat or mutton cooked in different ways. Bonnette’s BBQ and Grill is the place to go if you wish to feast on some of the best barbecue and grilled meats in town. Another popular dining destination in Tarlac is the Isdaan Floating Restaurant, characterized by floating nipa huts surrounded by fish ponds and the famous Tacsiyapo Wall, where you can throw and smash glass and ceramics towards words (usually negative traits of people) written on the wall.

Best Neighborhoods to Stay in Tarlac

As Tarlac is still yet to become a tourism destination, there is only a limited number of accommodation options available for visitors, compared to more popular tourist sites in the country. Ranging from small inns to mid-range hotels, they are mostly concentrated in the town proper of Tarlac City.

Some of the most popular accommodations in Tarlac include La Maja Rica Hotel, Microtel by Wyndham Tarlac, and L Square Hotel.

For shopping options, stay within Tarlac City to access shopping malls such as SM City Tarlac, Robinsons Luisita, EZ City Center. Here you will find Plaza Luisita Center as well, which is the first shopping mall in the entire Central Luzon.

How do I go to Mt. Pinatubo from Tarlac?

You will first need to be at the town of Capas in Tarlac to make your way to Mt. Pinatubo. At the Capas Junction, ride a tricycle going to the Tourism Office at Brgy. Santa Juliana. Make sure to arrive before the cut-off time at 10:00 AM, otherwise you can only visit Mt. Pinatubo the following day.

What languages or dialects are spoken in Tarlac?

Kapampangan and Ilocano are the most common dialects spoken in the province of Tarlac. However, Filipino and English are widely understood and spoken here as well.