The province of Cebu in Visayas is a premier tourist destination. It has a beautiful shoreline with fine, white sand beaches and turquoise waters. Foreigners and locals alike make their way to these destinations for a relaxing day out sunbathing, swimming, diving, and snorkeling.

Cebu has plenty to offer tourists regardless of where they go and from north to south of the island. One such activity you shouldn’t miss during your trip is to see the sardine run in Moalboal. Located in the southern part of the province, Moalboal has drawn tourists because of the sardines swimming about in its waters. It is easy to reach the town by public or private transportation. There are many buses departing from the South Bus Terminal in Cebu City.

The town has a laidback atmosphere near the beach; these characteristics attract tourists who want to get away from the hustle and bustle of the city. Divers and non-divers alike make their way to this part of Cebu for the sardine run. You don’t need to go too far from the shore or even use equipment to see this spectacle. 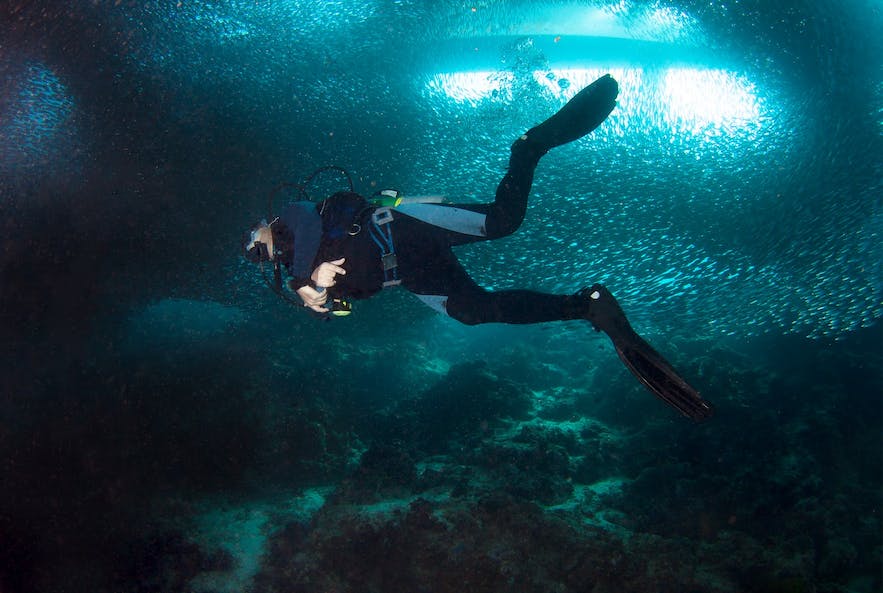 The sardine run or also called a bait ball, is a defensive mechanism formed by a large group of small fish to protect themselves against large predators. This natural phenomenon is a sight to behold; the sardines swim around and form a tornado-like shape. Panagsama Beach is the jump-off point for this show.

The sardines are relatively near the shore and in shallow enough water for swimmers. A snorkel, mask, and fins are enough to see the fish do the run. Freediving and scuba diving are two other ways to get as close as possible to the schools of fish. You can watch this spectacle year-round. It is also a possible inclusion to your canyoneering activity or waterfall hopping in Southern Cebu.

Diving Packages & Resorts in the Philippines