Willy’s Rock is situated in Station 1 along the shores of the White Beach in Boracay. It became a popular tourist spot and landmark for tourists who are looking for Station 1. Willy’s Rock became a popular tourist attraction due to its unique rock formation and how it looked extraordinary. It's the only formation along the beaches of the shores of Boracay.

The Rock formation is easily accessible by walking along the sands or by the waters; guests can arrive at Willy’s Rick by spending minutes walking.

Willy’s Rock is said to be made up of volcanic lava and rock. It’s a history of getting in there has not been recorded, but most locals assumed that it is already a thousand years old. The presence of the Blessed Virgin Mary’s grotto placed in the rocks is where one can visit and say a little prayer.

Aside from the religious touch, Willy’s Rock is one of the most photographed images all over the world due to its unique setting. Rock formations and a divine icon, all placed on top of white sand and blue beaches. It's why world-renowned photographers visit the place to get their version of the photo of the acclaimed rock.

Since the rock is on the waters of Boracay, guests can enjoy swimming or play with the sands after visiting Willy’s Rock. Some water activities are being offered here such as renting out paddleboards, riding a banana boat, or diving.

Masseurs are offering cheap massages for those who got tired of walking or just wanted to relax their body after spending a day exploring the White beach. Guests can also enjoy a tasty treat with meals offered by the nearby restaurants, or they can simply walk back to D’ Mall for a variety of food choices. 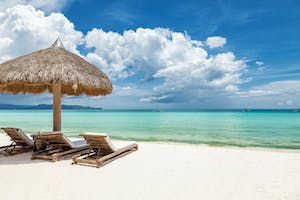 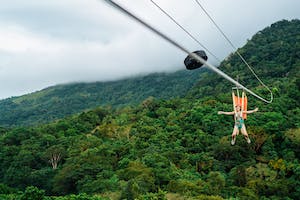