Discover day tours near or from Manila for a quick weekend getaway. Metro Manila, the biggest metropolitan area in the Philippines, has a lot of tourist spots but more await you when you travel outside the urban centers.

Day trips or weekend tours from bustling cities like Manila, the capital of the Philippines, is as easy as riding a bus or a private car for a couple of hours. The capital is surrounded by many provinces dotted with scenic countryside, rolling mountains and other tourist spots near Manila. Of course, there are also many beach resorts near Manila. You can never run out of day trip destinations to choose from for your rent a car in Manila adventures.

If you want to travel outside the city or take a breather from your busy urban life, here are some day trip ideas aside from the usual Manila tours that you can add to your plans for the weekend.

9. The Seven Lakes of San Pablo in Laguna 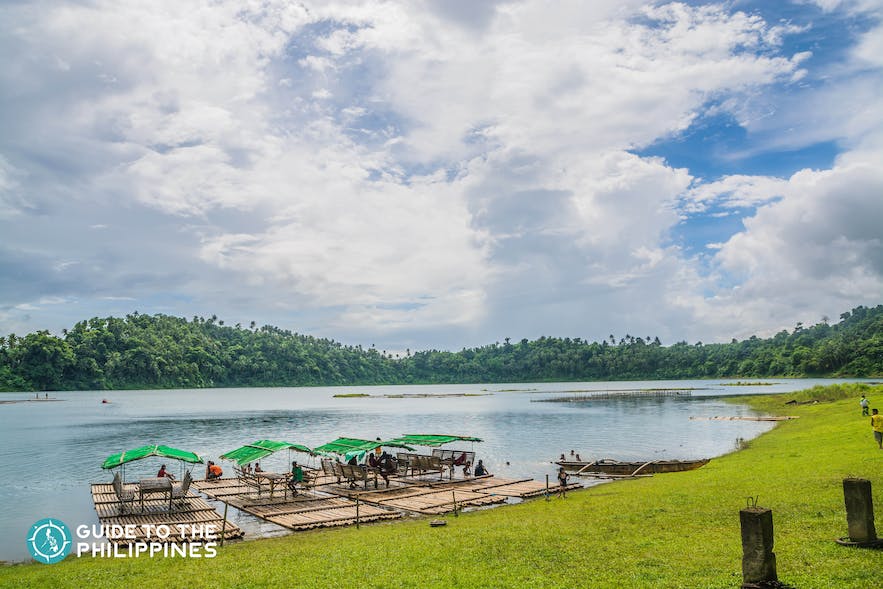 The seven crater lakes of San Pablo City in Laguna namely Lake Bunot, Lake Calibato, Lake Palakpakin, Lake Muhikap, Lake Sampaloc and the twin lakes of Yambo and Pandin, can all be visited in a day.

While you cannot swim in all seven lakes, Lake Pandin is where you can spend the most time in. Visitors here can take a 2-3 hour raft tour inclusive of lunch.

From the raft, you can jump into the lake with the required life vest and enjoy a refreshing swim. Across the edge of Lake Pandin, you can even hike a short trail across the adjacent Lake Yambo.

This day trip can be done in the afternoon and you will still have extra time to make a side trip to the town of Liliw, also in Laguna. Famous for its slippers and shoe products, this is the place to shop for footwear of all colors and a wide variety of fascinating local designs made of indigenous materials.

Try out some Laguna activities after your visit to the seven lakes. Make sure to stop by the town’s famous local restaurant called Arabella, for some tasteful fusion of local and foreign cuisine. Before reaching Liliw, you can also stop by the town of Nagcarlan to visit the roadside underground cemetery. 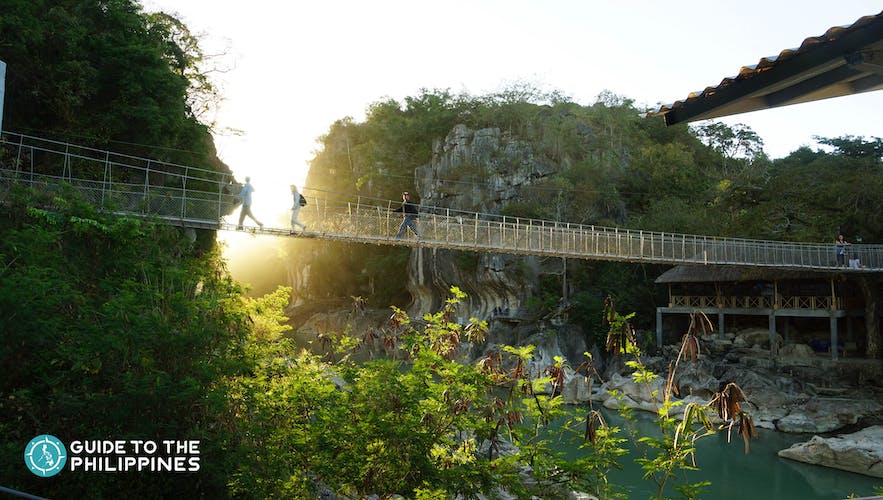 Nature at its finest seems to be in full display at Minalungao National Park. Crystal clear river streams, jaw-dropping karst peaks, numerous cave systems to explore and a lush forest surrounding it.

This is the reason why Minalungao has become a popular destination for day trip travelers coming from Metro Manila and nearby provinces. A relaxing dip in the river, which is often a highlight of river tours, instantly cures a tired body.

To the more adventurous souls, cliff diving from one of the massive protruding boulders makes the experience more memorable. Afterward, bond with family or friends over a picnic by the built-in wooden cottages nearby to cap a wonderful day away from the big city. 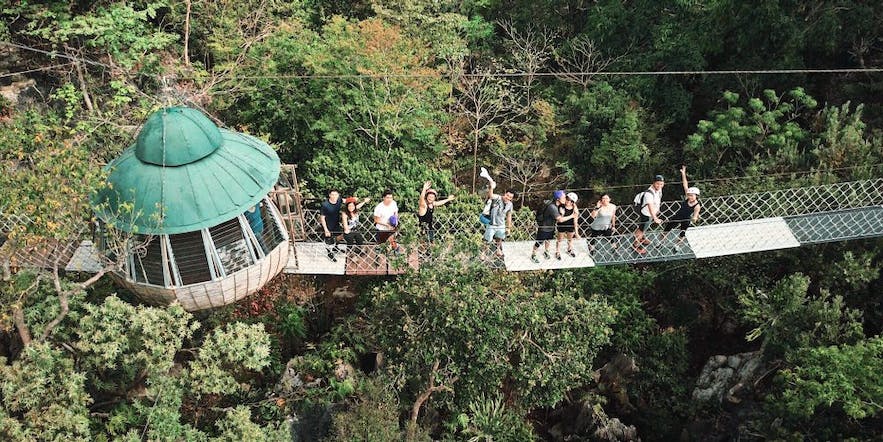 The Masungi Georeserve is the Philippines’ first-ever nature conservation project located in the Sierra Madre mountain range in the municipality of Baras, Rizal.

Spread over some of the most spectacular limestone karst peak formations, visitors can walk over trail pathways made of durable materials to protect the karst formations from human movements. 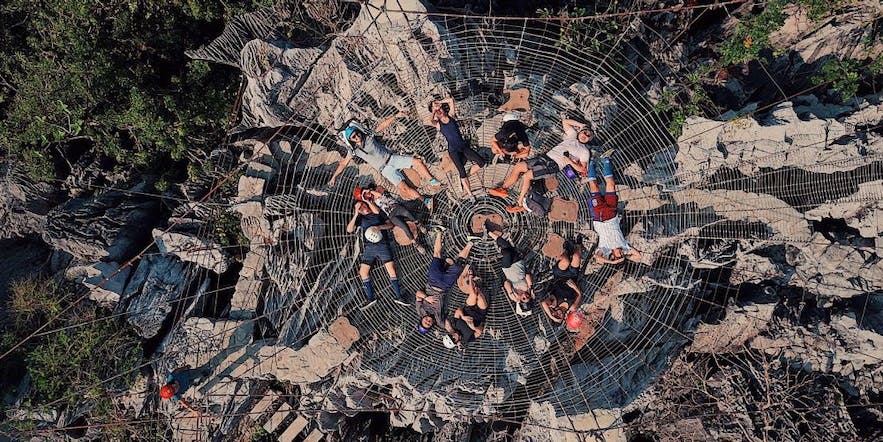 Such features include the “Sapot” (Spiderweb), a platform where visitors usually drop their jaws at the striking 360-degree scenery and the hammock-like “Duyan”. Masungi Georeserve succeeds in showing to visitors the grandness and beauty of nature up close, while at the same time advocating for its conservation and proper care.

Visitors are limited per day and each small group of hikers is accompanied by a well-trained and knowledgeable park ranger who will lecture the guests about the need for more sustainable tourism practices in the country. 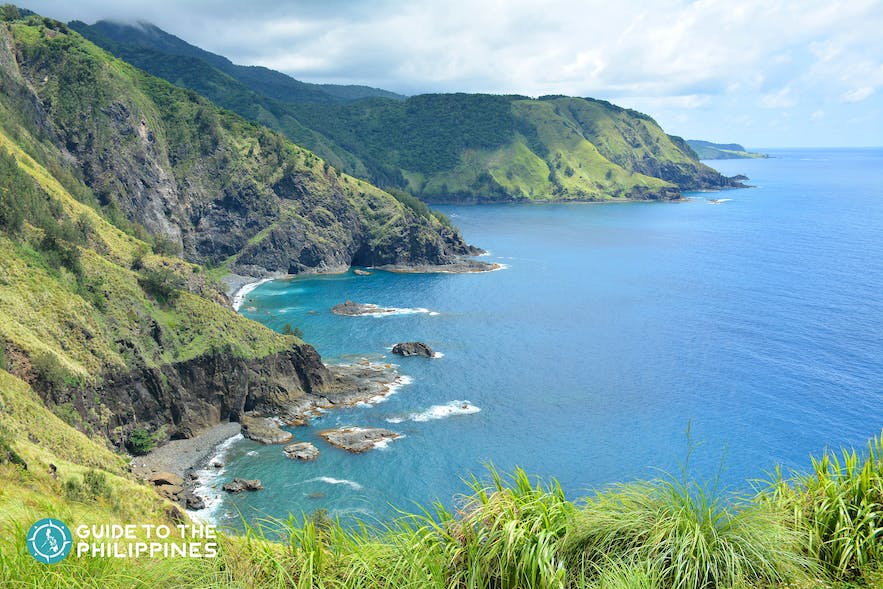 Not to be mistaken as a mountain exclusively for broken-hearted people, Mount Sawi offers a relaxed trail perfect for a day hike. Sawi, a word often used to describe one who had gone through a failed relationship, is the opposite of what this mountain offers to hikers.

Reaching the top will make you feel complete and in love with Mother Nature, thanks to the striking 360-degree view of the scenic farmlands below.

A good 3 to 4 hours of hiking gives you more than enough time to partner this mountain with another location, for a maximum fun day trip. Dingalan Port is located an hour away and from here you can board a boat to the “white beach” where you can enjoy an afternoon swim. A shorter hike will take you to the lighthouse which sits atop a grassy hill.

A few meters away is a lookout view that dishes a spectacular view of the Pacific Ocean and the massive rocks formation below. Most travelers compare the scenery in Dingalan to those in Batanes and Palaui Island in Cagayan Valley.

5. Artists Village and the Petroglyphs in Angono, Rizal 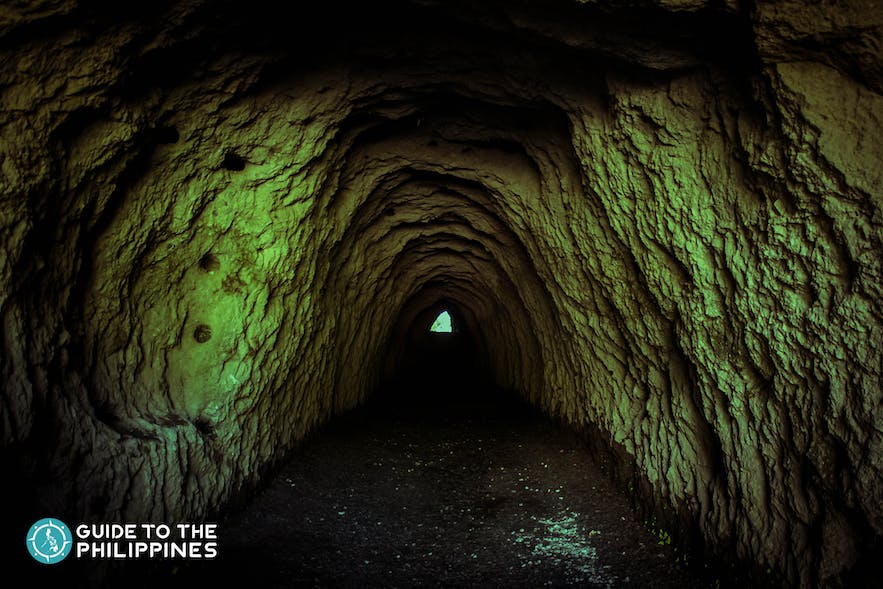 Learning about art and history for a day isn’t a bad idea. In fact, it makes up for a truly wonderful plan. Angono’s art culture is very much on display at its famed artist village where you can find the works of Angono natives and National Artists Carlos “Botong” Francisco and Lucio San Pedro.

Other artists whose works are present in the village include Jose “Pitok” Blanco, Nemi Miranda, PerdigonVocalan and many more up and coming local artists.

The places you must visit here are Carlos “Botong” Francisco Museum, Balaw-Balaw Restaurant and Art Gallery, Nemiranda Art House and Museum and the many street arts and murals on display.

Afterward, you can visit the Angono Petroglyphs where you can find some of the oldest artworks in the country. Here, you can see ancient rock graffiti believed to date back to the late Neolithic period (around 2,000 B.C.), according to expert analysis of the stone tools excavated inside the cave.

In an ironic twist, these old carvings were first discovered by Carlos “Botong” Francisco himself during a Boy Scout hiking trip in the area in 1965. 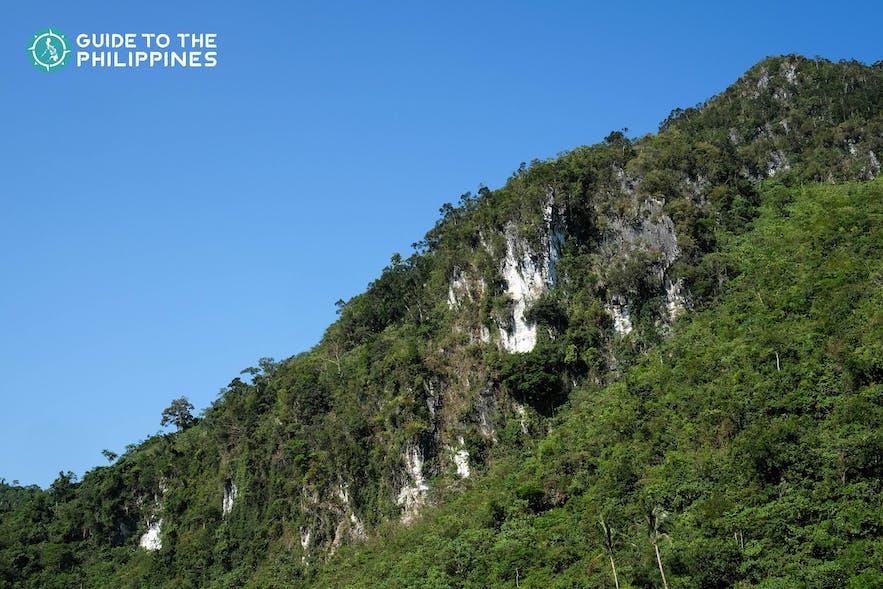 The municipality of Tanay in the province of Rizal is gifted with an abundance of nature where rising mountains can be hiked – thanks to its high elevated jump-off areas, where one can witness a sea of clouds during the early morning. One popular day trip destination here is Mount Daraitan.

Part of the Sierra Madre mountain range, it shares a border with Tanay, Rizal and General Nakar, Quezon, Mount Daraitan rises 739 meters above sea level and is good for a 3-4 hour hike to the top. It features a lush forested trail highlighted by stunning karst formations.​ 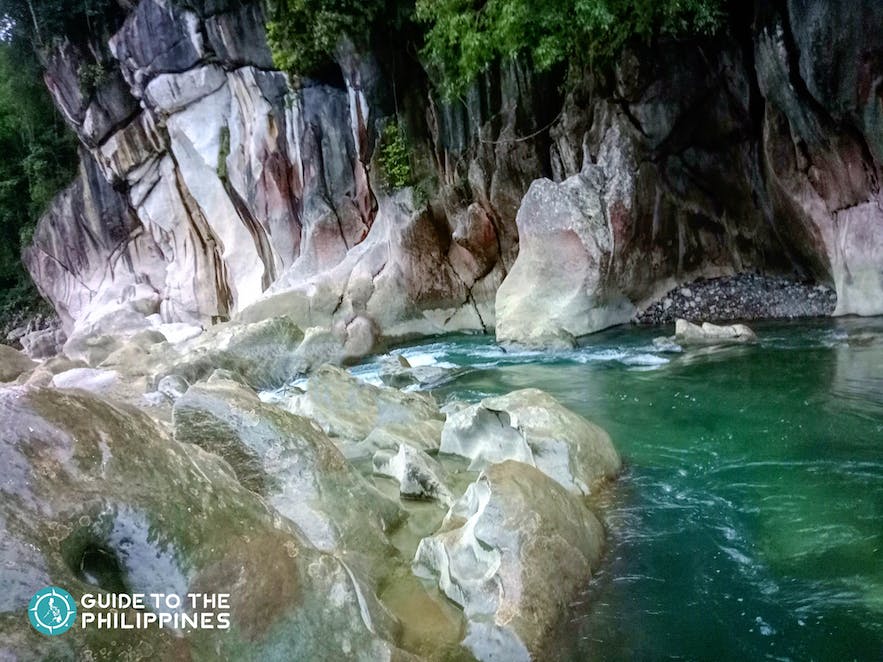 What makes Daraitan an even better day trip destination is the presence of the clear freshwaters of Tinipak River which streams at the foot of the mountain.

After a successful summit of Daraitan, one can enjoy a refreshing dip at the river which is in itself, is already a spectacular location because of its surrounding magnificent boulder formations. 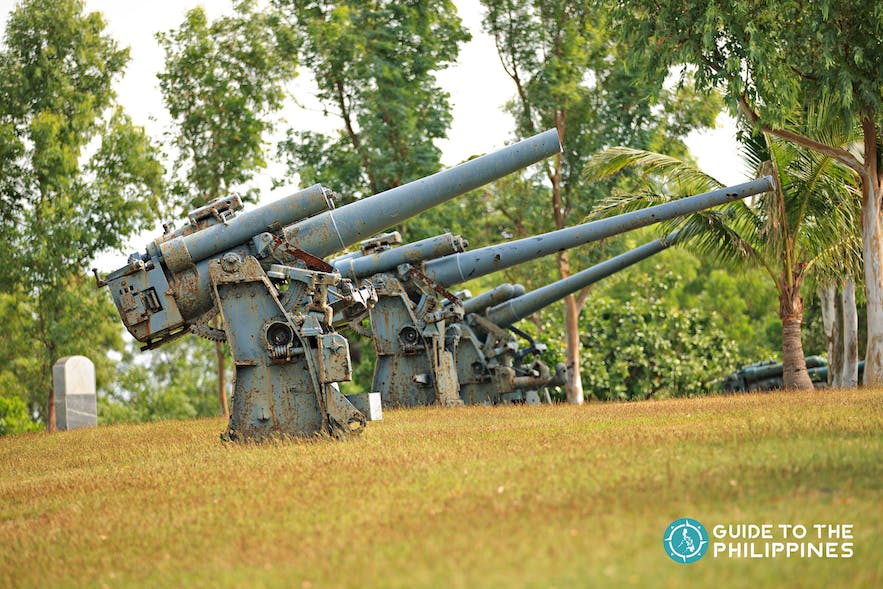 Visiting the place where many members of our country’s greatest generation fought bravely and died heroically should be a must for every Filipino. Fortunately for those living and visiting Metro Manila, Corregidor is only a couple of hours away by Sun Cruise ferry from Manila Bay.

Also known as “The Rock”, the island is well managed to cater to travelers wanting to experience Corregidor excursions to the fullest. Upon arriving, there is already a tram complete with a tour guide waiting for you.

Expect to be shown the important places where Filipino and American forces fought side by side. These include the ruins of the old US bases and the Malinta Tunnel where the many survivors took refuge from the constant bombing during World War II.

The Corregidor tour lasts until sunset with a buffet lunch for those availing the day-your package. Visitors are also given the option to spend the night at Corregidor Inn. 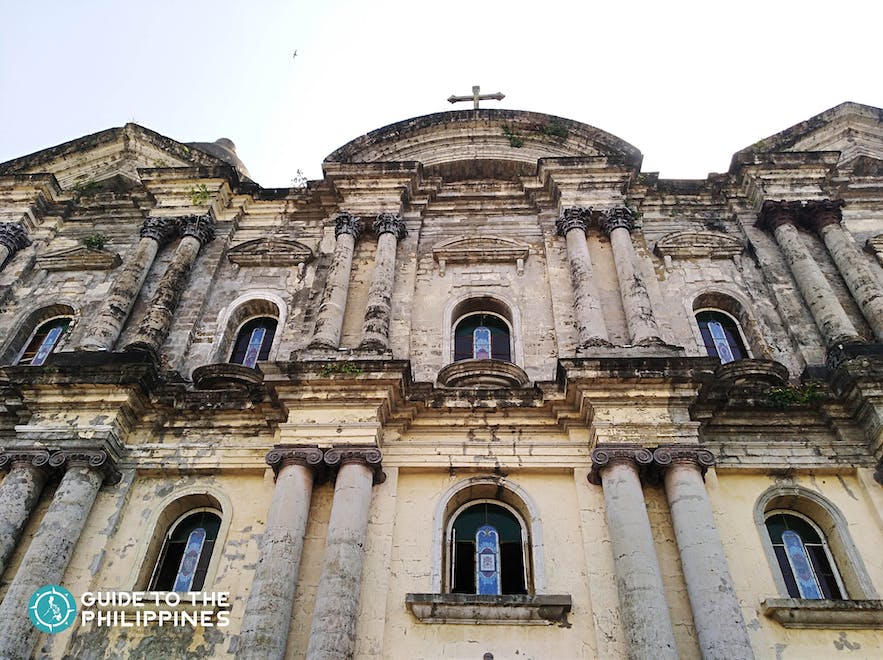 Batangas is a big province but it has municipalities that are only a three-hour drive away from Metro Manila. From the various Batangas activities in the area, the one place you shouldn’t miss out is Taal Town.

This is where numerous centuries-old heritage houses and the architecturally impressive Taal Basilica are located. A day trip here will give you a glimpse of our country’s storied heritage and make you learn more fascinating historical tidbits about the Basilica. 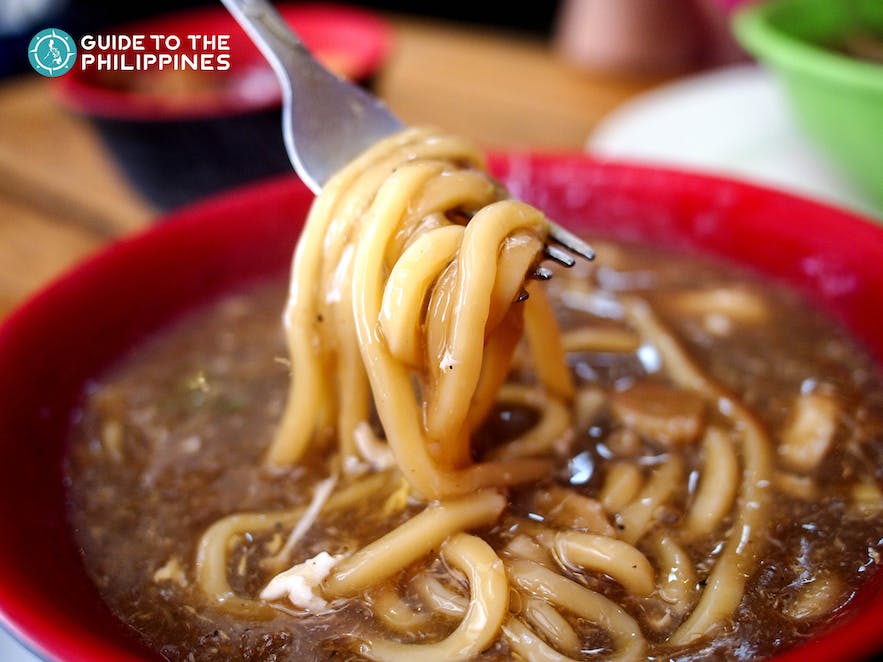 Aside from enjoying a historical tour, you can also indulge in a gastronomic quest as nearby eateries serve the famous Batangas Lomi. Taal Town is also known for the many stores that make and sell Filipiniana gowns.

If you are up for some hiking and beach bumming, then scaling the top of Mount Gulugud Baboy in Mabini, Batangas will gift you a marvelous view of Balayan Bay and the nearby island of Sombrero. Both the three-hour drive from Metro Manila and the two-hour hike to the top of the mountain will take you half a day.​ 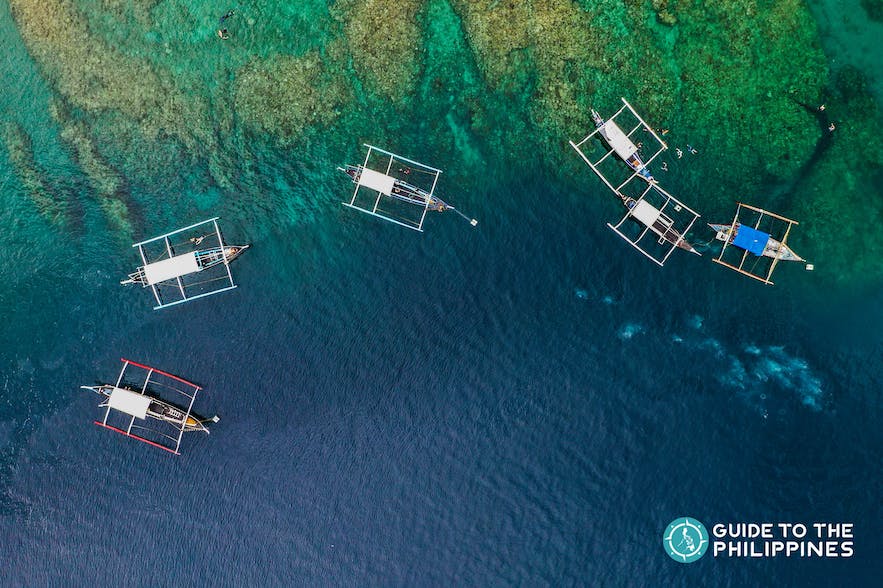 This will leave your group with enough time to ride a boat and enjoy an afternoon swim at the sandy coastline of Anilao, surrounded by some of the best diving sites in the country. You can even try an Anilao diving trip if you got time to spare.

If you move fast, you can even complete a loop composed of Mt. Gulugod Baboy, Anilao and Masasa Beach with side trips to Sepoc and Sombrero Islands. 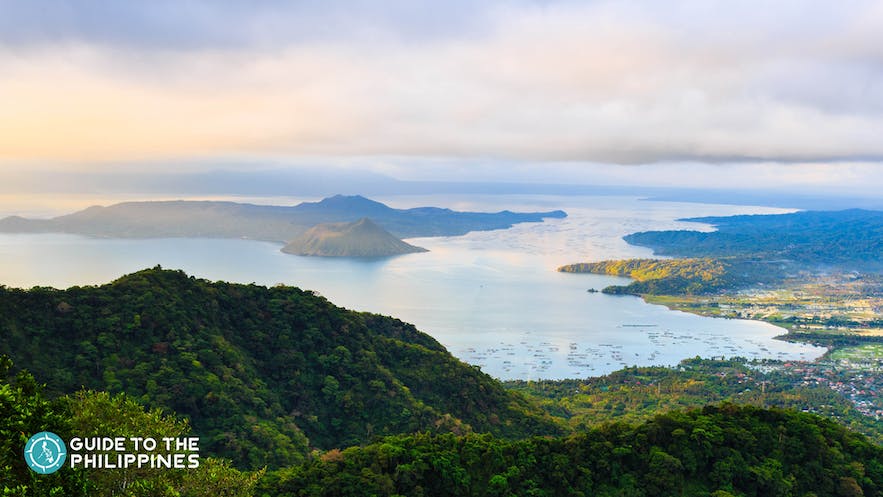 This place should rank up in the all-time list of favorite quick day trips from Manila. A two to three-hour drive from the Metro will take you to the highlands of Tagaytay, where roadside beaneries and appetizing specialty restaurants provide a wonderful place to wine, dine and relax.

Thanks to its cool climate and the stunning view of the Taal Volcano and Lake, Tagaytay activities are just what one needs to recharge.

You can start your day tour in Tagaytay in the morning by having brunch at one of the many restaurants such as Bag of Beans, Antonio’s Breakfast, Mushroom Burger, just to name a few, or the iconic stalls of that serve hot bulalo (beef marrow stew) located in Mahogany Market.

Afterward, you can pay a visit to the hilltop chapel of Calaruega to relish in its solemn and romantic setting. To date, Calaruega remains as one of the most popular church of choice for couples tying the knot. 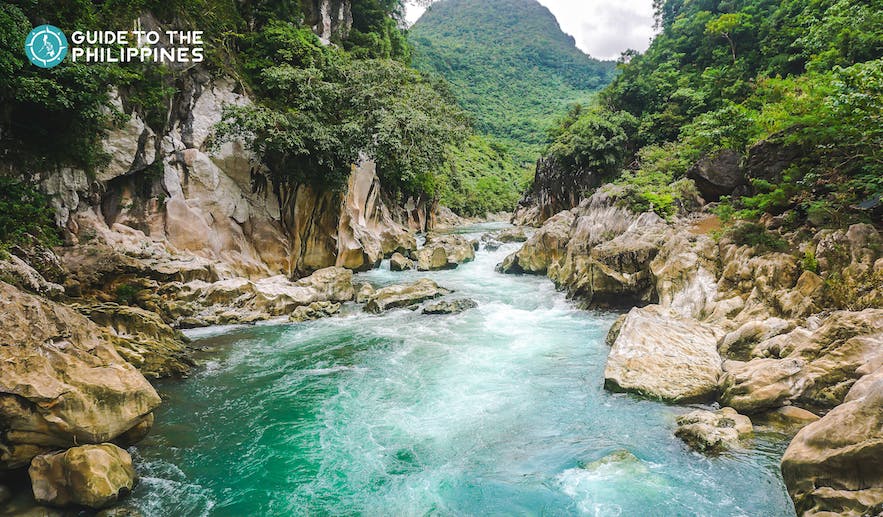 These are just a few of the many Manila activities you can start planning for your next getaway. If you have more time to explore, you can also head further north and check out the tourist spots in Baguio or visit beaches near Manila. Book a hotel in the Philippines or purchase Philippine vacation packages (including the cheapest travel packages in the Philippines) from a reputable Philippine travel agency. Plan your weekend and short trip now with your friends and family.