Guide to Diving in Anilao Batangas: Nudibranch Capital of the Philippines

Explore the marine treasures of Anilao in Batangas, known as the nudibranch capital of the Philippines. Find out how to get there, the top Anilao diving spots to visit, and what kind of critters you can expect to see by reading this diving guide to Anilao Batangas.

At the southwest corner of Luzon is the province of Batangas, part of the Calabarzon region. It's known as the home to Batangas tourist spots and top tourist spots in Luzon such as the Taal Volcano, Taal Heritage Town (where you’ll find ancestral houses dating all the way back to the 19th century), Batangas beach resorts near Manila for road trips near Manila, luxury wellness resort The Farm at San Benito, Batangas hiking spots, Fortune Island day tour, and some of the best diving spots in the Philippines around Mabini, Tingloy, Bauan, Nasugbu, Calatagan, and San Juan.

Scuba diving in Batangas started in Mabini back in the 1970s, and their jump-off point by default was from a seaport that belonged in a barangay called Anilao. Back then, Mabini had no roads and resorts or Batangas diving centers.  It was plainly a huge mountain by the sea covered with its greenery.

Dive spots were slowly named one after the other around the perimeter of Mabini, including Bauan, all the way to the perimeter of the three islands across it, namely Maricaban, Caban, and Sombrero Island, which are part of the municipality of Tingloy.  Since then, Anilao became the generic term to represent all of the dive sites found in Mabini, Tingloy, and Bauan.

The closest underwater haven for fun dive tours from Metro Manila has always been Anilao. It is the main reason why almost all divers who reside in Metro Manila were baptized as a diver in Anilao before exploring other Philippine diving spots like Tubbataha Reef in Sulu Sea, diving in Apo Island, Coron wreck diving, diving in Puerto Galera, Bohol diving spots, and Cebu diving spots.

Today, Bauan and Mabini’s coastline has been populated by local residents and various dive resorts to host your scuba diving in Batangas needs from being Open Water Scuba Divers all the way to being Professional Divers and snorkeling in Anilao Batangas. You can also stay at private resorts in Batangas.

How to Get to Anilao Batangas Diving Spot

The closest airport to Batangas is in Manila, the Ninoy Aquino International Airport (NAIA). You can read about how to go to Batangas from Manila in our Batangas travel guide.

The easiest way to get to Anilao is simply by arranging your land transfers in advance, where you will get picked up from the airport upon arrival. You can also opt for rent a car in Manila to Batangas if you want a more flexible Batangas itinerary.

Manila to Anilao Batangas travel time is usually 2.5 to 3 hours by car to get access to both Maricaban strait and Batangas Bay that keep over 30 dives sites of different landscapes to play in. Beyond Caban and Maricaban islands is the Verde Island Passage strait, where over 10 more dive sites are. 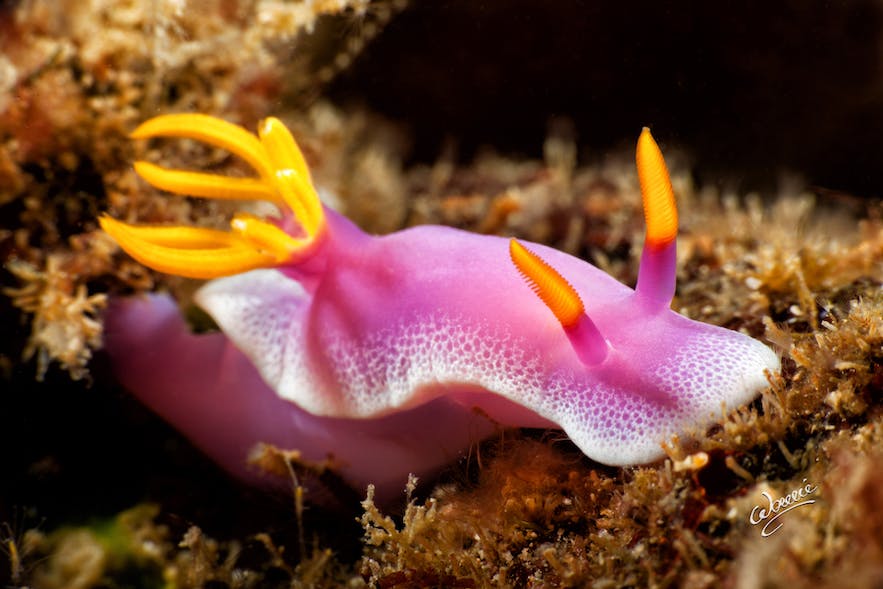 Among the many experiences you may get from Anilao, it is most famous for its resident tiny critters, amazingly camouflaged among the rich gardens of corals and, interestingly, the sandy bottom too.

You will often find photography enthusiasts bringing their cameras on macro configuration, ninety-nine percent of the time. Among these tiny critters, Anilao had its first crack among divers worldwide when it was deemed the Capital of Nudibranchs.

Nudibranchs are basically colourful mollusks without shells.  They are beautiful sea slugs whose colors were taken from the sponges and anemones they eat as a way to camouflage themselves.  Out of 800 nudibranchs identified around the globe, 600 of them reside here. 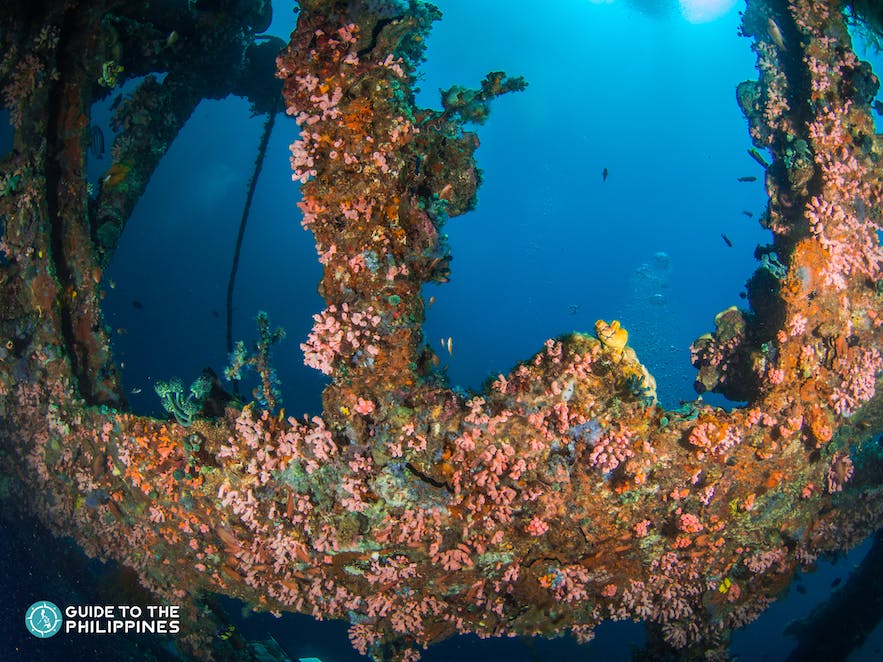 The number of Anilao dive sites alone already suggests multiple types of dives you may fancy. There are coral dives, muck dives, drift, wreck, wall, caves, and almost all imaginable experiences you want.  Most of the local residents who primarily relied on fishing adapted to their changing industry, scuba diving.

Today, most of them have become dive boat owners, dive spotters, divemasters, instructors, and some opened their own small dive resort by their beachfront, all of who have committed to protect the ocean and earn their livelihood from.

So, once you get to Anilao as a diver, you are definitely in good hands, whether you are a beginner, a tech diver, an underwater photographer, cinematographer, a marine scientist, or a fun diver. 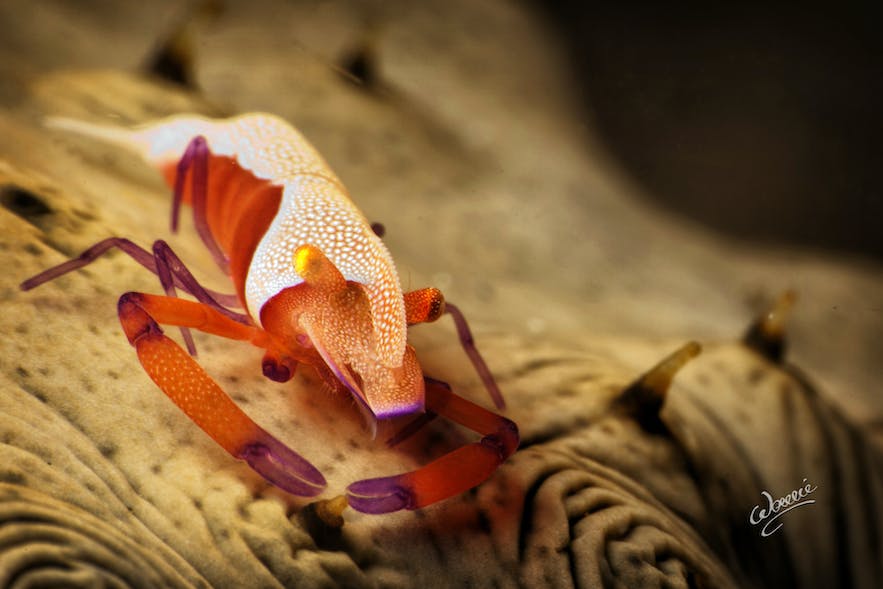 In the early 2000s, interesting tiny critters were initially found in a muck site in Mabini called Basura, which actually means trash. The site’s marine life adapted to grow among the trash (tires, shoes, bottles) it had and made it their home.

There are shrimps, seahorses, pipefish, shrimpfish, nudibranchs, tiny frogfish, bobbit worms, scorpionfish, lionfish, octopi, and more. Since then, there was a look-out for similar sandy habitats and soon came a site called Secret Bay.

It was initially named that way because some underwater photography enthusiasts who knew about it wanted to keep the newly found critters for themselves until of course, word leaked out.  Secret Bay was simply a wide area of sand, with no trash that slopes gradually all the way down to 40 meters.

The tip among first-time muck divers then was to simply kneel down on the sand and wait until your eye catches something that moved. True enough, all those who did such, would see a movement so small, usually happening at the corner of their eye, and to their surprise, were the usual critters you’ll see, but found at an average size of a grain of rice. They were too small that later on gave way to a market that needed dioptres among macro lenses to help magnify these subjects. 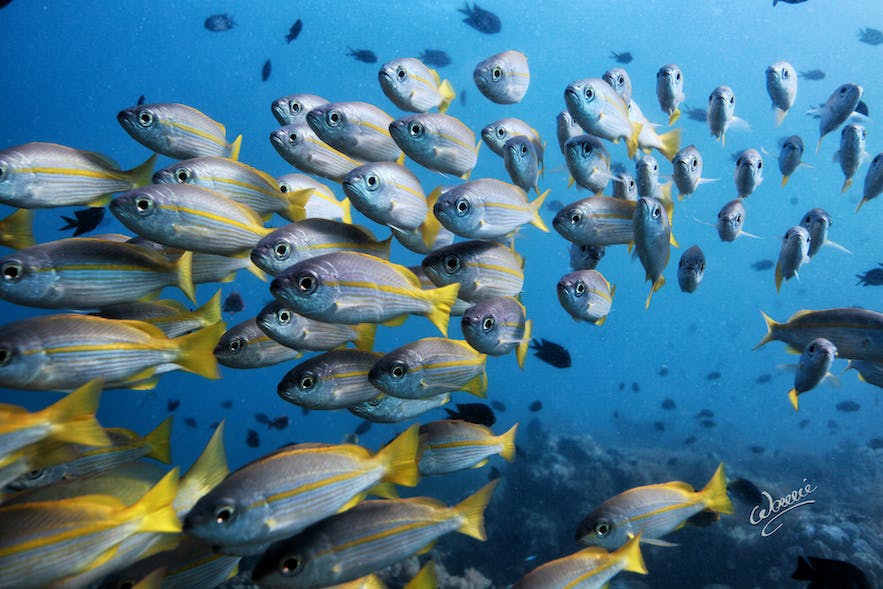 The Anilao Pier is also an interesting site to visit, most especially at night. Expect a lot of worms, small fish, and shrimps, swimming toward your dive light.  There is a chance that some of them might get stuck in your ear. So, make sure you have your neoprene hood with you to help cover your ears.

Anilao Pier seems to have its flavor of critters in seasons. There are times that it houses different octopi. After a short while, there will be absolutely no octopus insight; however, gurnards, stargazers, and rays would populate it.

Then, after another season comes a totally different set of marine species in Anilao Batangas again.  So, it’s always fun and exciting to visit this shallow pier. Just like a box of chocolates, you’ll never know what you’re gonna get!

Other muck locations include Haydi’s, Bethlehem, and more. Among small patches of corals in these muck locations are numerous marine species of clownfish, shrimps, sea moths, wasp fishes, stonefishes, flounders, worms, seahorses (specifically the pygmy seahorse), pipefish, shrimpfish, and more! Train your eyes from the way these creatures display their camouflage. 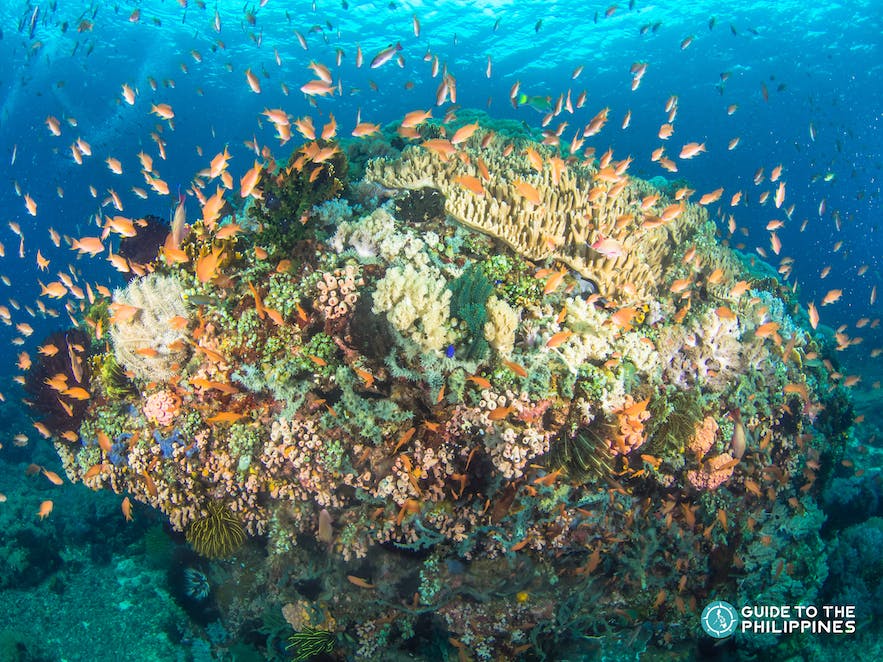 Get to amaze yourself among schools of fusiliers as if they were colored rain underwater in places behind the Anilao dive sites within the area of Sombrero Island. Sombrero means hat, and that’s how that island exactly looks like.

It complements the name of a famous dive site right behind it called Batoc, which means nape. It is a beautiful coral garden where millions of these fusiliers play and reside.  The currents can be strong in this area and may lead you to its neighboring dive site, Beatrice. 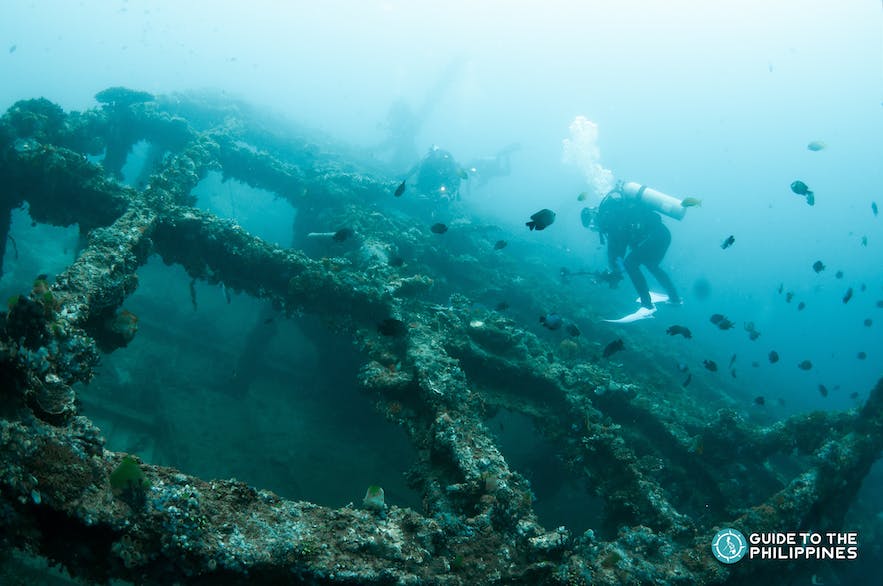 If you’re up to diving wrecks, the most prominent one is found in between Maricaban and Caban islands, called Daryl Laut. It was once a floating casino. What remains is a huge network of girders where an abundance of coral life found a home.

It lies on a slope from 10 meters stretching all the way down to 40 meters.  There is a friendly school of resident batfish, and from time to time, giant trevallies come to check divers out. Its marine life is perfect for either wide or macro photography. 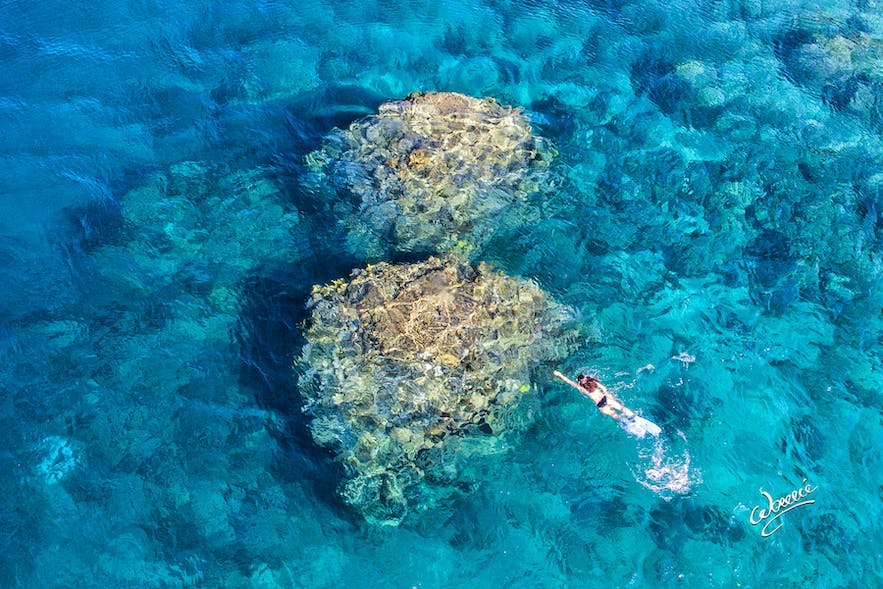 If you simply prefer to do a shore entry along Mabini to see a rich coral garden, you may visit Twin Rocks because there are two huge rocks underwater that sit a meter apart, covered much with coral and fish life.

There are resident juvenile turtles, one of which is described as a humpback.  There is a school of yellow snappers too.  It truly is a haven among photographers, whether they’re on macro or wide. 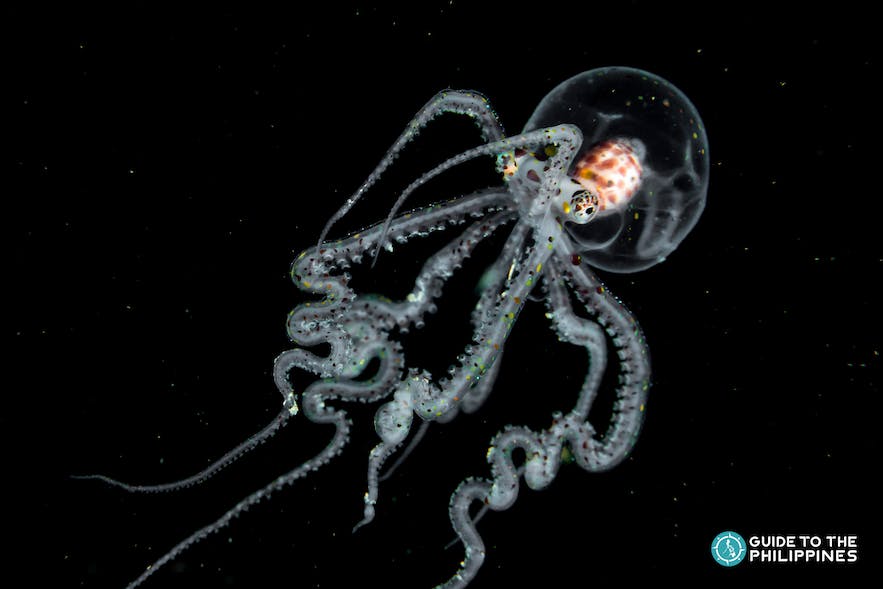 The dive operators within Anilao are also familiar with Blackwater diving during the night.  A thirty-meter long line is tied from a floater at the surface with its opposite end tied with weights to keep it straight.

The area at which this is set up should have a depth of over 100 meters.  Strong lights are tied on the line 10 meters apart to attract creatures from the deep, and it serves as your lighthouse as you wander and drift in the black water.

Your dive guide experts will be there to help you discover creatures you probably already know, however, found at their larval state. Take note that this dive is meant for seasoned advanced divers. There is likely a chance that you’re caught in a strong current without you having to know it since there will be no point of reference. 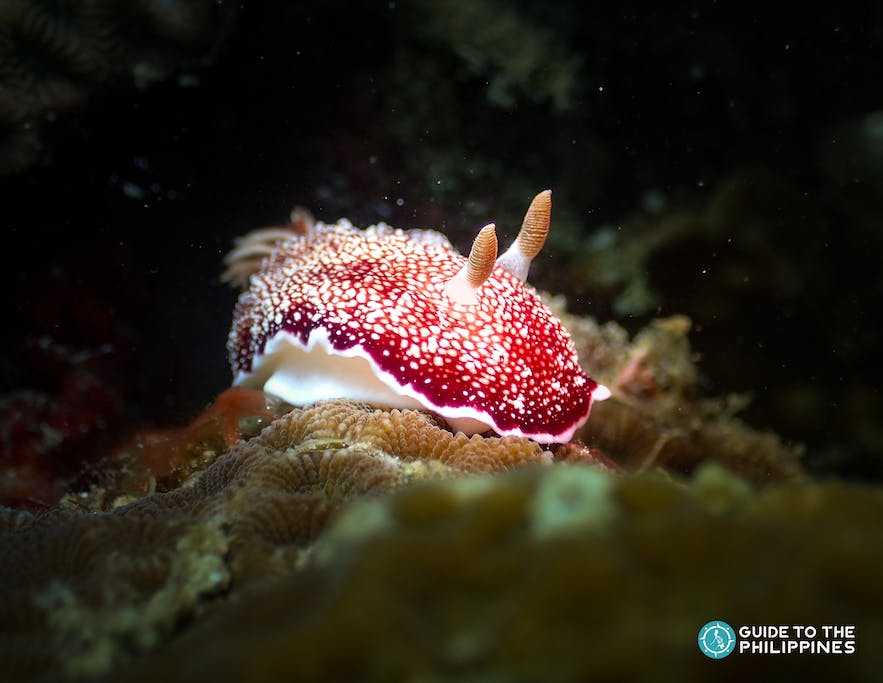 A variation of the blackwater setup was made among divers who don’t prefer to do this in the deep, and it’s called Bon Fire. Lights are simply put on the sandy bottom within 10 to 20 meters deep, looking up to attract these larval creatures. The obvious difference between the two is mainly the presence of more unwanted worms with the Bon Fire setup since you’re near the sandy bottom. 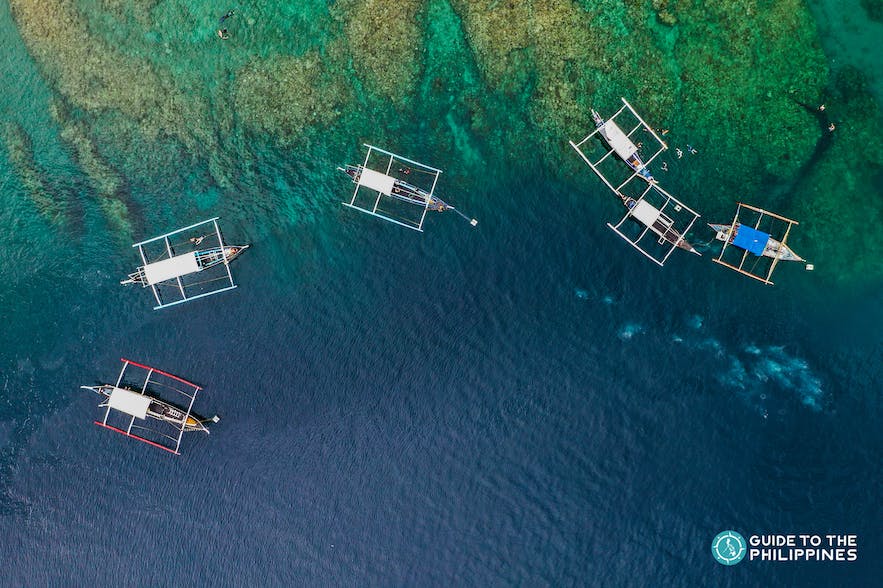 If you have a few more days to spend, consider visiting San Agapito, Verde Island diving as well. It is two hours away by boat from Anilao. It is a seamount found in the middle of a strait called the Verde Island Passage, deemed as the planet’s Center of the Center of Marine Biodiversity. Check out other reasons why you should visit the Philippines

If you're looking for other Philippines guided tours for your online trip booking, browse our wide collection of Batangas tours and all inclusive Philippines vacation packages that you can add to your Anilao diving itinerary.