6 Must-Visit Architecture Spots in the Philippines

By Gem Muzones
Verified Expert
Jump to chapter
IMPORTANT: The destinations featured in this article may have COVID-19 travel restrictions and requirements. Check our COVID-19 travel advisory page for details.

The Philippines, the world’s second-largest archipelago, is famous for being home to crystal-blue waters and postcard-worthy beaches, but there’s an aspect to the Philippines that many take for granted - architecture.

A true reflection of the country’s transition from past to present, the architecture of the Philippines tells the story of its rich history, with, Chinese, America, and Spain all making their mark.

Today, sterling skyscrapers stand tall, a symbol of the country’s move to contemporary design and modernism. Here are the top spots in the Philippines that architecture enthusiasts shouldn't miss. 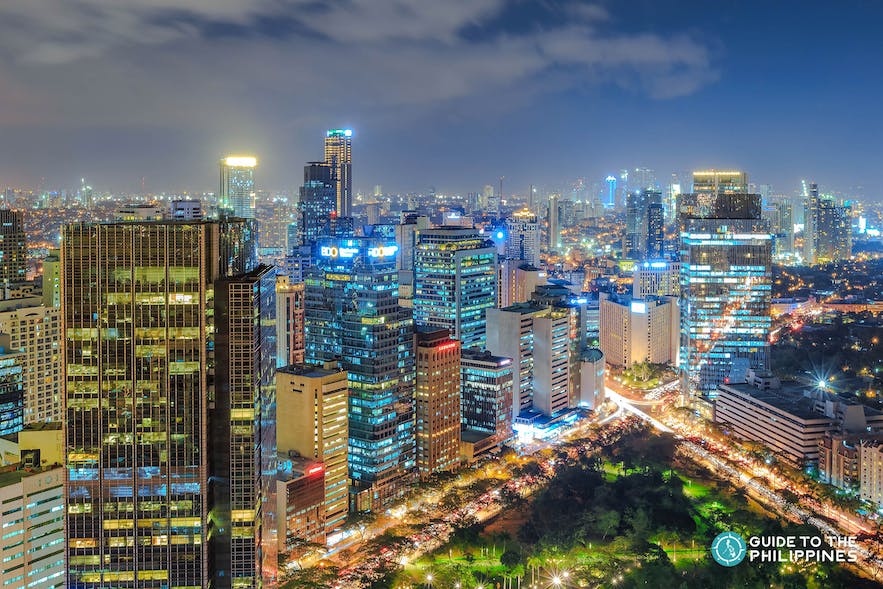 Situated at the busy intersection of Makati Avenue and Paseo de Roxas, Zuellig Building sits right in the heart of Makati City, the business hub of the Philippines located in Metro Manila.

Known for its financial institutions and upmarket hotels, the area is home to some impressive skyscrapers; but nothing quite compares to the glistening sky-rise that is the Zuellig.

In 2013 it was the Philippines’ first building to qualify for the Platinum certification level by the Leadership in Energy and Environmental Design (LEED).

With it being a major office tower, unfortunately, you can’t easily go inside to unless you have an official business meeting. But admiring the sun reflecting off this impressive contemporary building from the outside is reason enough to visit this spot.

While you’re there, be sure to talk a walk in the neighboring Ayala Triangle, a prominent park in Manila. You can also join Manila tours that include attractions in Makati City. 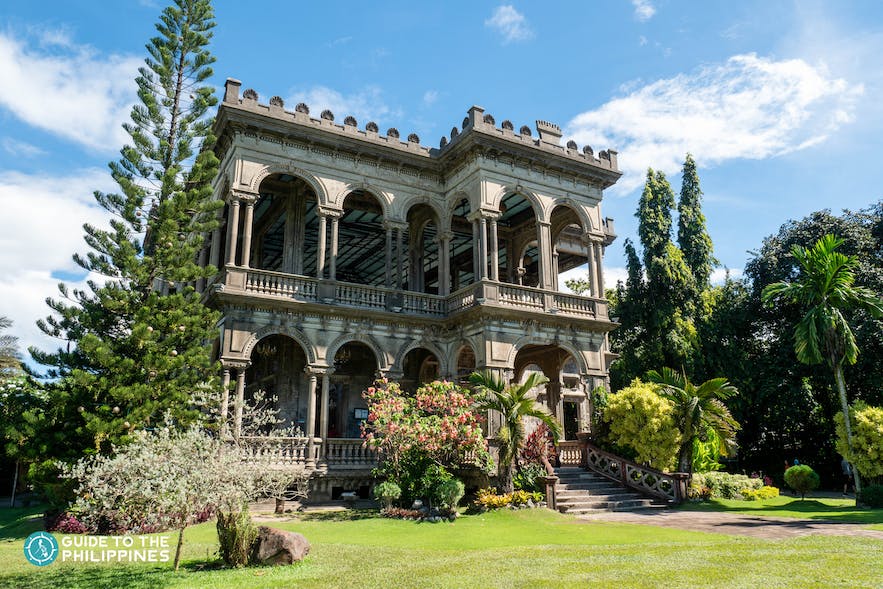 On a sugar plantation in Negros Occidental province nearby Bacolod City lies The Ruins in Talisay, the remains of a massive ancestral Italianate mansion.

As the story goes, in the 1900s a sugarcane baron by the name of Don Mariano Ledesma Lacson built this ten-bedroomed mansion in memory of his beloved wife who had died during the pregnancy of their 11th child.

If that wasn’t tragic enough, the building was set on fire by WWII Filipino guerrillas employed by the US Army to prevent the Japanese from using the building as their headquarters.

Despite its turbulent history which included burning for three days, the frame of the enormous residence still stands, surrounded by perfectly manicured lawns. Today The Ruins are an architectural marvel and a much-visited tourist attraction.

As you walk through the shell of what was once a luxury family mansion and admire the intricate Italian-inspired decor, you can all but picture what life was like for its residents a long time ago.

See our popular The Ruins Tours If you’re in the mood for something more modern, it doesn’t get much more inspiring than the Mind Museum. Taking five years to complete, this futuristic building in Taguig is the brainchild of father and son duo, Lor and Ed Calma, who is said to be a formidable force in architecture.

What really sets this building apart is its unusual design. Is it a bird? Is it a plane? In actual fact the structure is said to be inspired by cellular structure and growth, fitting for what is the country's first interactive science museum.

In 2014 this landmark work won an international award from the 20th annual Thea Awards for taking the “extra step in expanding science into a fully experiential world.”

It would be a real shame to visit this mind-boggling structure without spending hours of fun interacting with its 250 science galleries and exhibits. 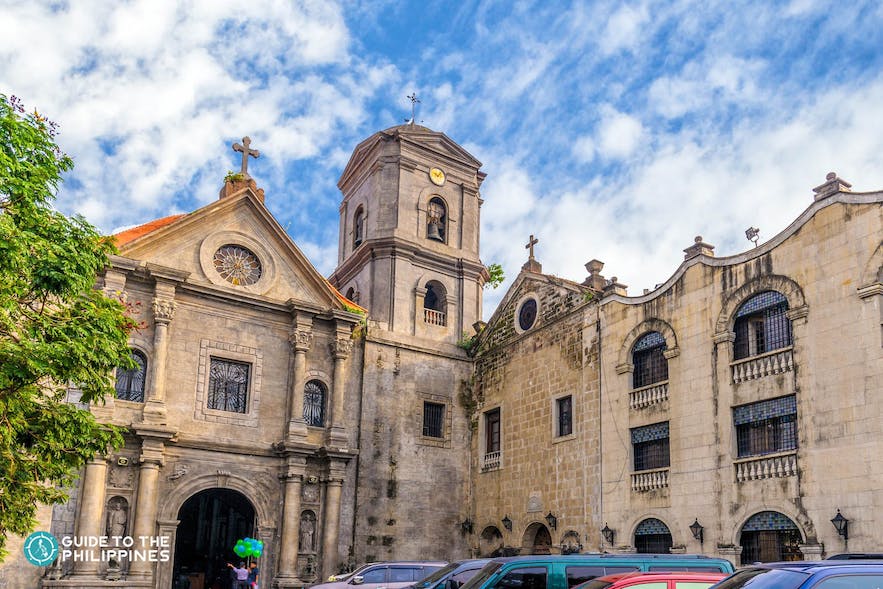 Located in the historic Intramuros or Walled City in Manila, this massive stone building is the oldest and one of the most iconic religious buildings in the Philippines.

The perfect example of early Baroque, it was built by the Spaniards in the 16-century, who brought both Spanish and Chinese influences to its architectural style. As you enter the cavernous interiors of this historic church, pause a moment to take in the details.

The symmetric Latin cross plan, the abundance of religious relics and those beautiful trompe l’oeil frescos on the vaulted ceiling are enough to take your breathe away. San Agustin Church is a designated UNESCO World Heritage Site, and still an active church today. 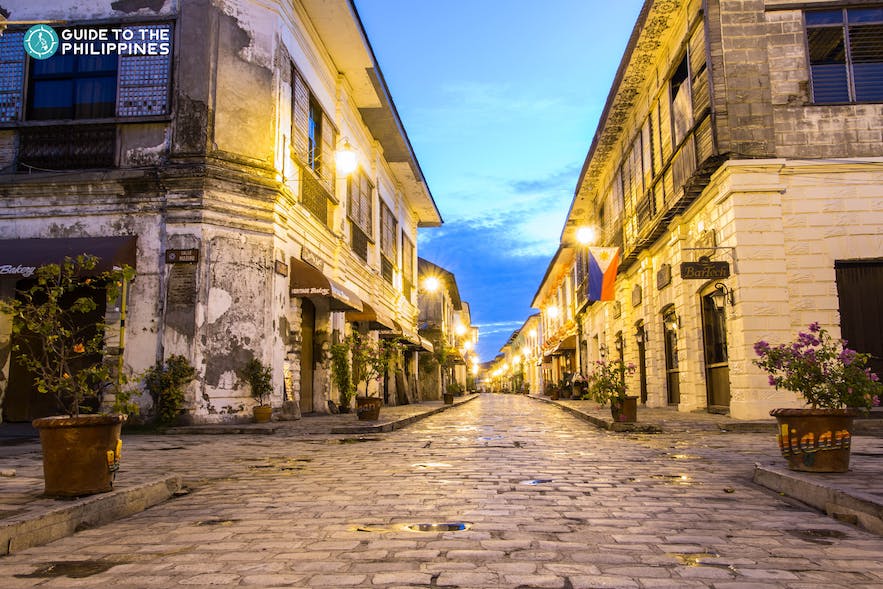 Another UNESCO World Heritage spot to tick off your list, the Calle Crisologo is not so much a specific building as it is an entire street of architectural wonders.

Considered to be the most beautiful street in the Philippines, the more than 500-meter long Crisologo Street sits within Vigan, the best-preserved example of a planned Spanish colonial town in Asia.

Taking a stroll along the cobblestone streets is like taking a walk back in time. Filled with colonial architecture from Spanish colonization in the 18th century, take note of the preserved rustic mansions, giant antique wooden doors and overall festive street ambience.

If you’re really in the mood for some old-world charm, catch one of the many calesas, the beautifully bright horse-drawn carriages used as the country’s main form of transportation up until the early 20th century. 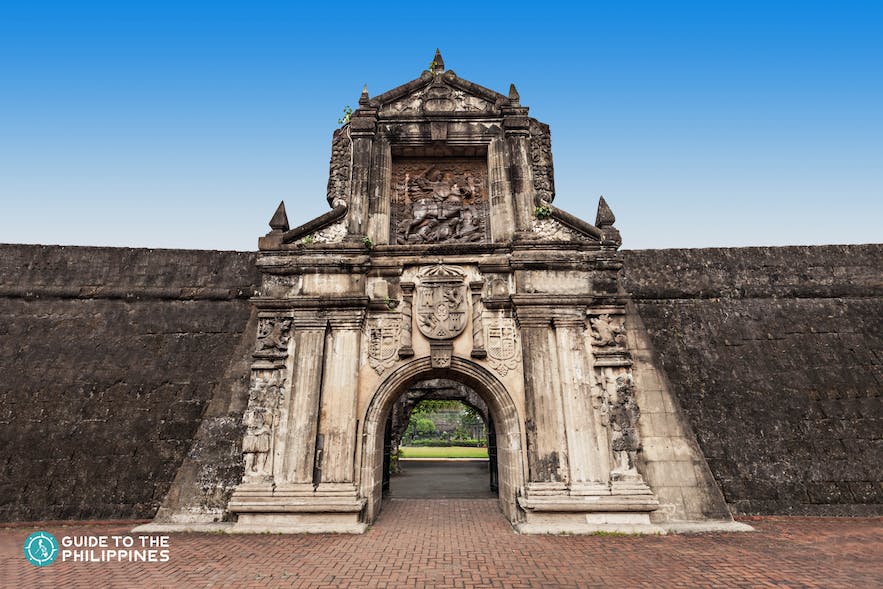 No list of the Phillippines’ most beautiful architectural spots would be complete without mentioning Intramuros.

The historic center and oldest district in Manila, Intramuros, literally meaning “within the walls” in Latin, is essentially a fortified city surrounded by ancient walls dating back to the 16th century.

Established as the Spanish capital by conquistador Miguel Lopez de Legazpi in the late 1500s, the walled city is brimming with centuries-old history architecture to admire.

Right in the heart of it all is Fort Santiago Fortress, the historic citadel with picturesque gardens where national hero, José Rizal, spent his last days. 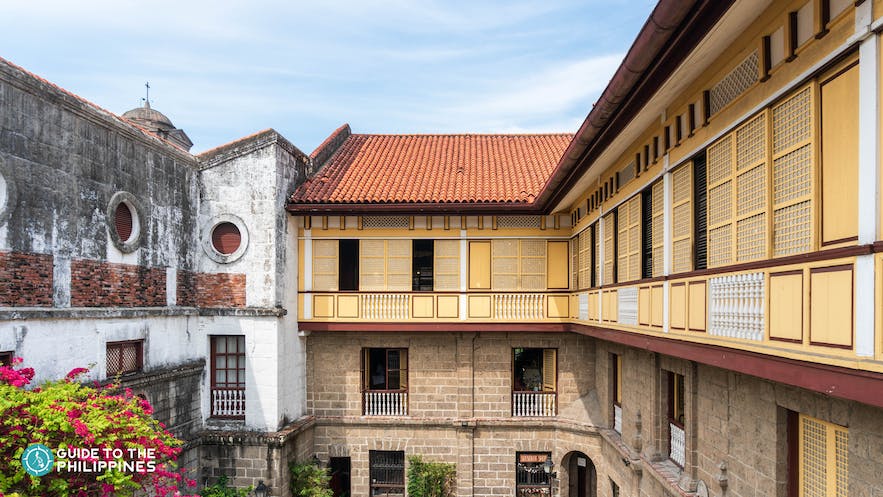 The Casa Manila Museum depicts what 19th century Manila homes would have looked like inside and out, while the Manila Cathedral is an example of Romanesque Revival architecture.

Whether you’re a history buff, an architecture lover or merely a curious tourist, Intramuros is a must-visit.

Plan Your Architectural Tour of the Philippines 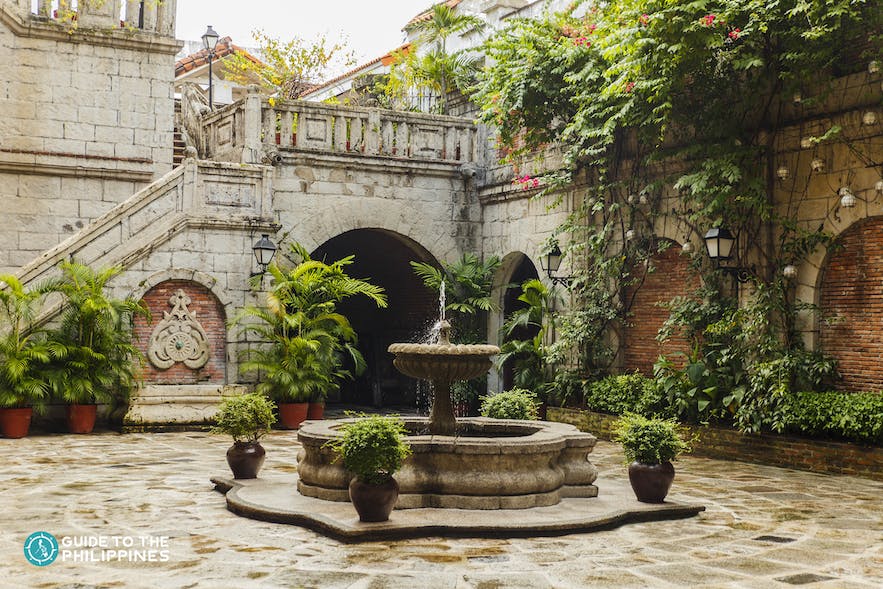 With one of the longest and most multicultural histories in Asia, the Philippines is home to some truly unique and inspiring architecture.

This list has only just scratched the surface of places for architecture lovers to explore, but no doubt that once you visit this incredible country, you’ll find much, much more. Check out other reasons why you should visit the Philippines.