Davao surely has a lot to offer at any time of the year, but if you have to pick a time when to go, you will have lots of fun if you plan your trip during the Kadayawan Festival.

As one of the major annual festivals in the Philippines, a lot of effort goes into this highly-anticipated event. It’s a real pillar of the Davao culture, bringing together locals and travelers alike for good food, drinks, music, and dancing in the streets!

From floral float parades to fun street dancing, you can be sure that Davao’s Kadayawan Festival has something for everyone. Read on to learn a bit more about how this tradition came about and the schedule of holidays in the Philippines for Kadayawan Festival.

The Origin of Kadayawan Festival 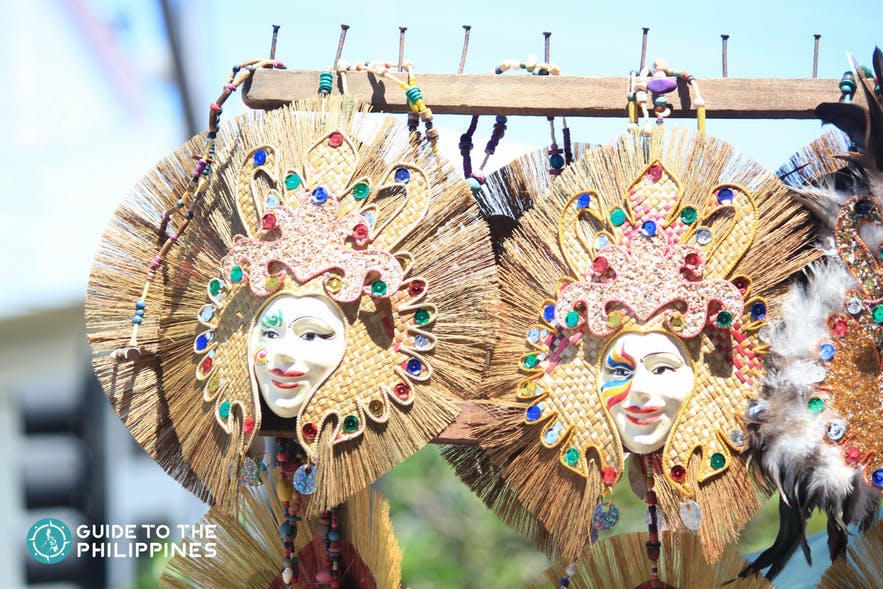 The festival’s name is derived from the Mandaya word “madayaw,” meaning treasured or valuable, as the locals use this time to give thanks for the season’s bountiful harvest. Back in the day, the ethnic tribes of Davao would come together to celebrate abundant crops, performing rituals that paid tribute to the nature gods.

They used to display fruits, vegetables, flowers, rice, and corn grains on their mats and at the front of their houses as a sign of respect for the great year they’ve had. They used to sing and dance as well, much like what they do today.

In the 1970s, then Mayor Elias B. Lopez, encouraged the different Davao tribes to showcase their thanksgiving rituals. In 1986, the Davao City government launched a project that aimed to unite the people during the turbulent times of the Martial Law.

Back then, the name of the festival was called Apo Duwaling, after three natural wonders you can find the region: Mt. Apo, Durian, and Waling-waling.

It was first officially renamed as the Kadayawan Festival in 1988 by then Mayor Rodrigo Duterte, and now, over 30 years later, it’s still being celebrated.

When is the Kadayawan Festival?

The Kadayawan festival was previously held every third week of August, highlighting the 11 tribes of Davao City. So it's best to book your flights to the Philippines and flight to Davao in August as well.

Top Things to Do in Davao During the Kadayawan Festival 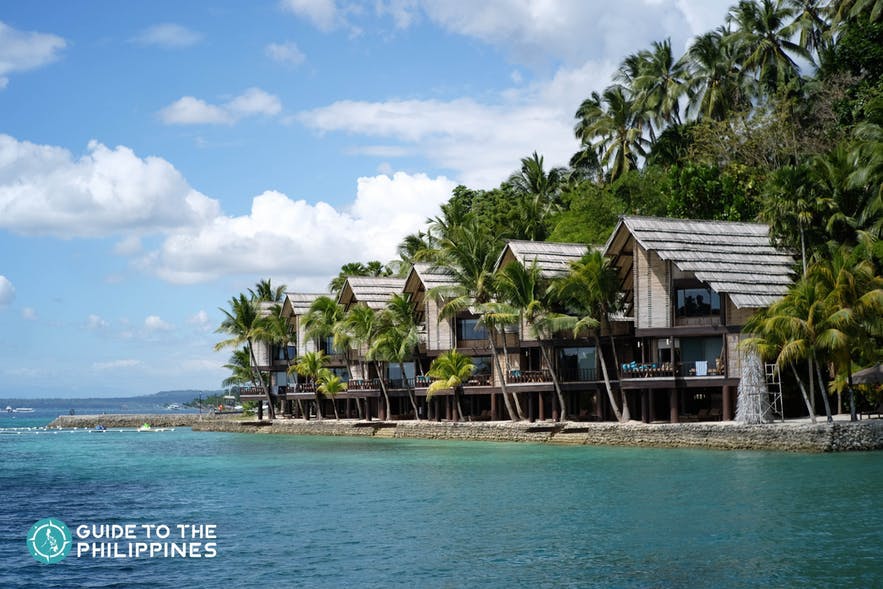 You can plan a fun-filled itinerary with the number of tourist spots in Davao available for you to visit and participate in! If you’re looking for a bit more inspiration, must-see shows, or other things to do, check out the list below.

If there’s one parade you can’t miss during the whole festival, it might have to be Indak-Indak sa Kadalanan. The experience of seeing different Mindanao communities dance in the streets in their costumes will be unlike anything you’ve seen before! This year, it will be held on August 17, 2019.

Munch on the best food of Davao 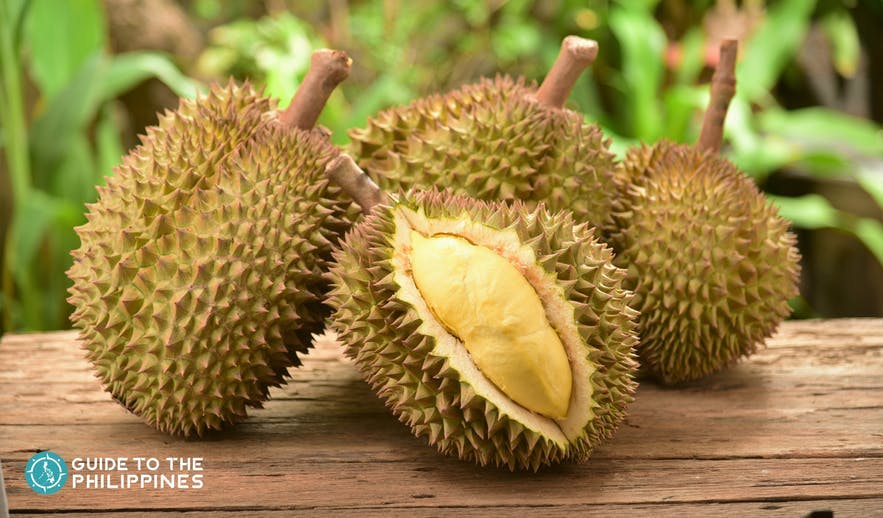 When you drop by during the festival, many restaurants will have discounts and promos ongoing, so use this to your advantage! Try local cuisine, attend a boodle fight, or sample their fresh fruits and desserts. There will also be indigenous food served at the Panamnam Food Hall.

Participate in some of the shows

Some activities like the Dula Kadayawan allow you to interact with the locals during their performance. Enrich your festival experience not just by watching and attending but taking part in some of the performances too! Why not, right?

Get a massage after a day filled with activities

Got tired from all the walking you did around the festival? You can head on over to Roxas Street for some of the best massage parlors in Davao City. You can choose from a full body massage, back massage, or foot massage.

No trip is complete without shopping for goodies! The Kadayawan Festival will open a lot of booths, weekend markets, art stores, and more for your buying pleasure. You’ll be sure to find worthy keepsakes and gifts here.

When you're not partying in the streets or enjoying the shows, explore top tourist attractions in Davao City and other destinations in the region. Rent a car in Davao or book tours with transfers for a hassle-free trip. If you're coming from Manila, you can also book tour packages that already include a Manila to Davao flight and a return flight to Manila.

You can also go to Samal Island for island-hopping experience or extend your visit by booking a stay at one of the Samal Island resorts.

Take note of these helpful reminders for a fun-filled and safe Kadayawan Festival experience in Davao:

Pick the activities you want to see beforehand

If you have parades or weekend markets that you want to catch, make sure you review what time they’re open, where they’ll be held, and what days you can find them.

There are plenty of activities to choose from, so start selecting early to avoid feeling overwhelmed during the festival proper. Choosing also means familiarizing yourself with the schedule and being there first, which can help you secure a spot for the views.

The festival spans a lot of locations in Davao City, which could mean a lot of walking. Although August is somewhat in the middle of the rainy season, expect temperatures to be high. Bring a water bottle, sunblock, and umbrella to keep you fresh throughout the day.

Be mindful of your belongings

As with any crowded party, pay attention to where you keep your cameras, wallets, mobile phones, and more.

Don’t stress too much about missing some parts of the festival. Let loose and enjoy your time! Since this year’s festival is running for a month, there’s more time for you to catch your favorite activities and try ones you might’ve missed from the previous years.

Experience More of Davao in the Kadayawan Festival 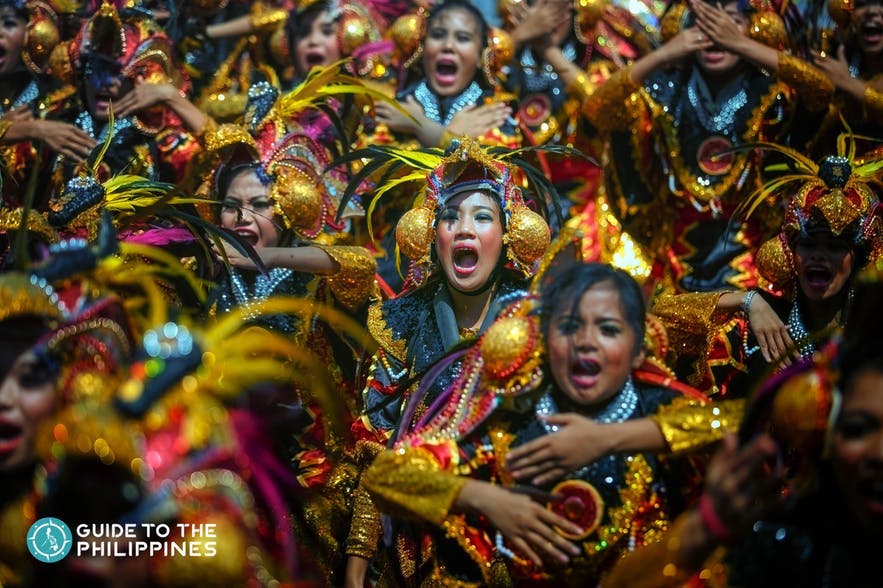 This festival is a treat for both international travelers and locals coming to Davao! Don’t miss out on the fun and make sure to try as many experiences and events as you can during your stay.

It’s always a great feeling to fully immerse yourself in the culture of a new place, and there’s no better way to do that than attending a local festival that celebrates the tribes and roots of the city.

The Kadayawan Festival isn’t the only thing Davao has in store for you. If you’re up for more adventure and have a few more days you can squeeze in your vacation, you won’t be disappointed with what the province has to offer.

Start planning your Kadayan Festival trip and check Davao tours that you can book during your stay!