Guide to Diving in Balicasag Island: Swim with Sea Turtles, Barracudas, and More in Bohol

Swim with sea turtles, school of jacks, barracudas, and more in Balicasag Island, Bohol. Learn where the dive sites are and what marine creatures and underwater sights you can see there in this article.

Within the Central Visayas Region of the Philippines is an island province called Bohol where you will find the unique natural wonder called Chocolate Hills, tarsier sanctuaries, and other eco-tourism and heritage sites with Hispanic influence.

Tagbilaran City is its capital. Right at Bohol’s south-western tip is Panglao Island, an island made of Maribojoc limestone.  Panglao has become one of the more popular tourist destinations in Bohol which is one of the reasons why the airport moved there (previously from Tagbilaran City). The new airport’s name is Bohol-Panglao International airport.

Panglao includes several small islands, one of which is called Balicasag found 8.5km south-west off of Panglao. Balicasag Island is truly a small, almost perfectly round-shaped island with a diameter of only 600 meters and is declared a marine sanctuary since 1985.

Balicasag Island is one of the top diving spots in the Philippines because of its sea turtles and shouldn't be missed when planning your diving tours in the country. 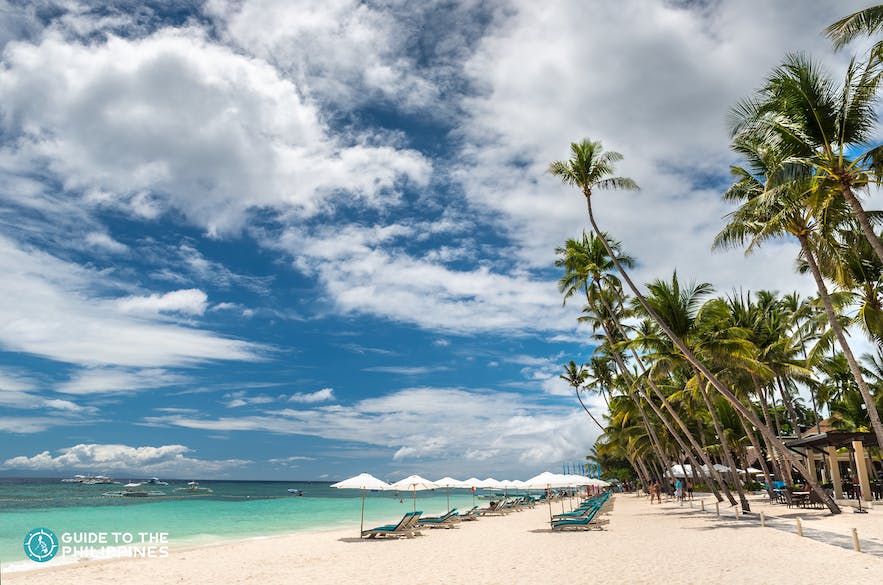 Accommodations are usually made in Panglao and serve as the jump-off to get to Balicasag via arranged boats with your respective dive operator.  Make sure you have your boats arranged days in advance. There are times when most of the boats are fully booked, depending on the season.

There is one hotel, a few local restaurants, an open public beach, a chapel, and a lighthouse in Balicasag Island, despite its small size. Its vicinity is well known for snorkeling and scuba diving.

What to Expect in Balicasag Island 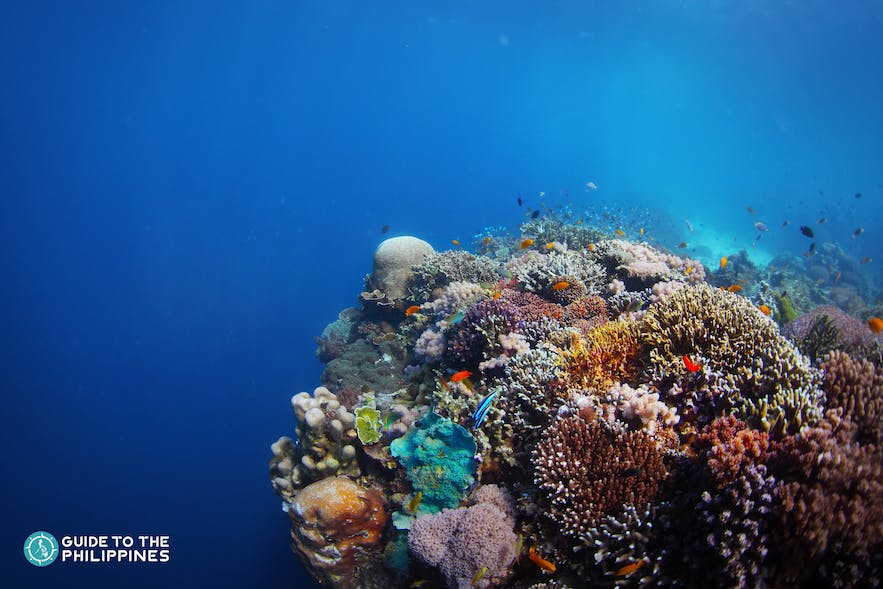 The circumference of the island starts off with a plateau that ranges anywhere from 6 to 18 meters before it actually drops off to a wall, which makes it perfect among snorkelers to get an introductory glimpse of what they may expect from the deep.

There are moray eels, frogfish, parrotfish, different species of clownfish among varying anemones, and soft and hard corals, either on the plateau or its drop-off walls.

On every dive, you may expect to see huge schools of jacks, often referred to by locals as a “university of jacks,” as a way to describe its sheer combined size, most especially when they all congregate on one spot around the island.

It was one of the largest schools I had ever seen among all my dives within the Philippines.  I recall seeing a vortex starting from 6 meters deep all the way down to 30 meters. I was at 10 meters deep then when I found them. I still remember how the area transitions to darkness from 15 meters deep and beyond because of their shadows beneath them.

I am always fond of penetrating its center and enjoy watching them scatter gracefully and eventually regroup into a different form and shape.  However, it was only then that I had experienced that as I penetrated their school, none of them turned around.

They just moved aside while they watched me pass through them with their big eyes looking at me.  It is also quite common to see juvenile sea turtles almost on every dive.

Another resident school within the area are barracudas, usually found lurking in the blue. So, while you’re diving along the walls, check out the blue from time to time. I recall seeing a school of barracudas with one of them as an albino. It was the albino barracuda that gave away the school’s camouflage against the blue water. There is also a school of mackerels loitering around.

There are five spectacular dive sites surrounding Balicasag. Make sure to add these in your diving itinerary: 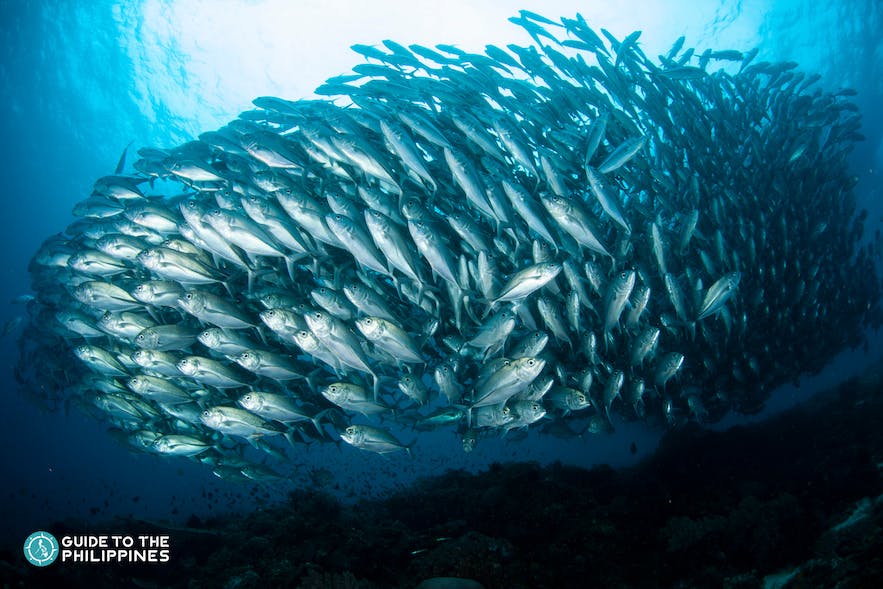 Found at the west side of Balicasag that highlights a 200 meter drop-off. The huge majestic wall is teeming with marine life together with resident tiny critters among macro photographers to enjoy.

It truly is a great place to experience most especially when you get to see its visibility that could go 20 to 40 meters far depending on the season. It usually is an easy dive to begin with and this is where the huge school of jacks are usually spotted. 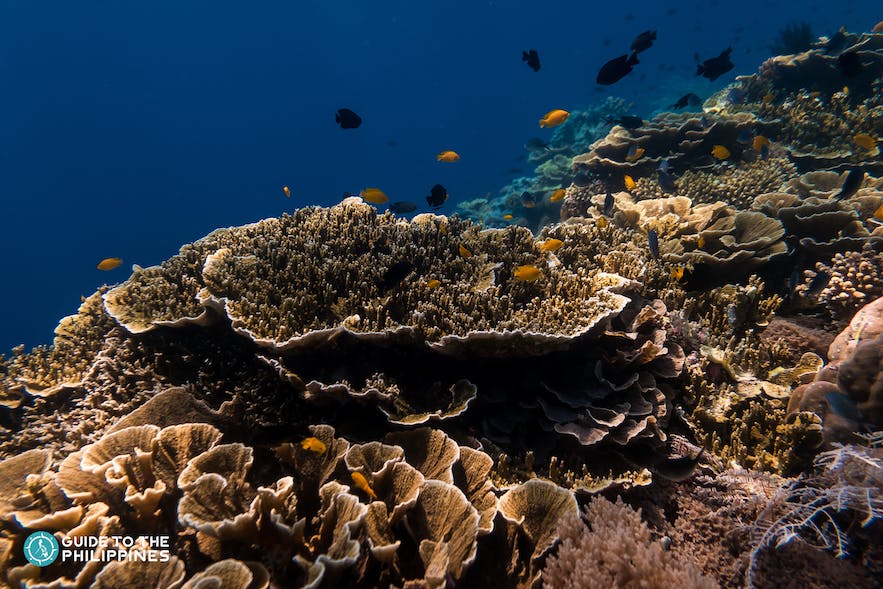 On the north-east side of Balicasag is the Black Forest, the most popular dive site. It got its name from having an abundance of amazing black corals. It features a steep slope that runs off 40 meters deep and has its share of marine life from corals, gorgonians, groupers, barracudas, napoleons, tuna, wrasses, snappers, batfish, triggerfish (including the giant), surgeonfish, moorish idols, garden eels, angelfish, emperor, trumpet fish, to puffers, and more. 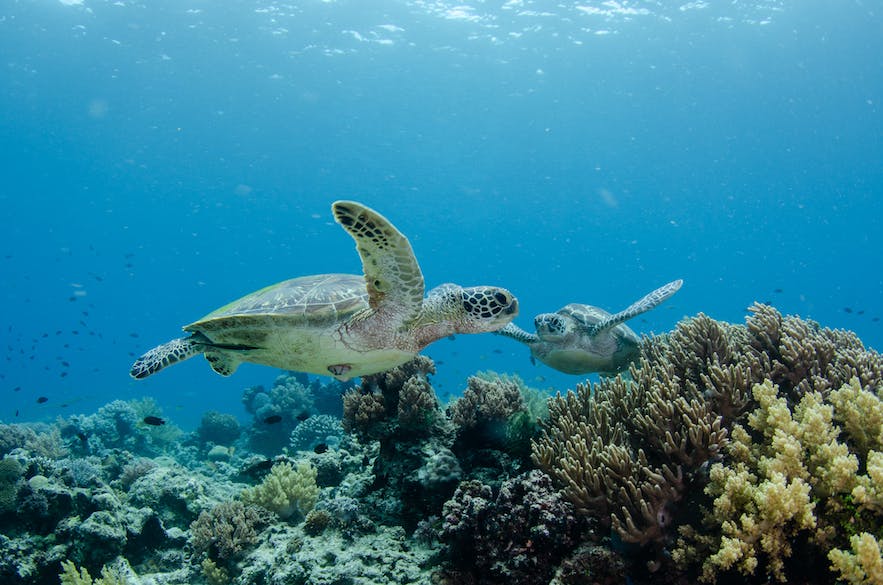 As the name suggests, Turtle Point, has the most number of friendly resident sea turtles you can go diving with. It is found at the south-west side of Balicasag, which may also be known as “Rico’s Wall.”  It has a coral garden on a plateau from 7 to 12 meters deep followed by a 35 meter drop off.

As a tip, do not go rushing towards any turtle.  Always make that slow approach to show that you mean no harm and remember never to touch any of them including any marine life. Such creatures rely on bio-films, a protective slime, to keep out of infection. Human contact simply compromises these bio-films, making them vulnerable to harmful bacteria.

The place also features small caves as deep as 60 to 75 meters meant for technical divers. Dives usually traverse from Rico’s Wall to Rudy’s Rock (south wall) with a profile of 5 meters to 40 meters deep.  Other than the school of jacks and sea turtles you may meet, there are nudibranchs, shrimps, and crabs to see. 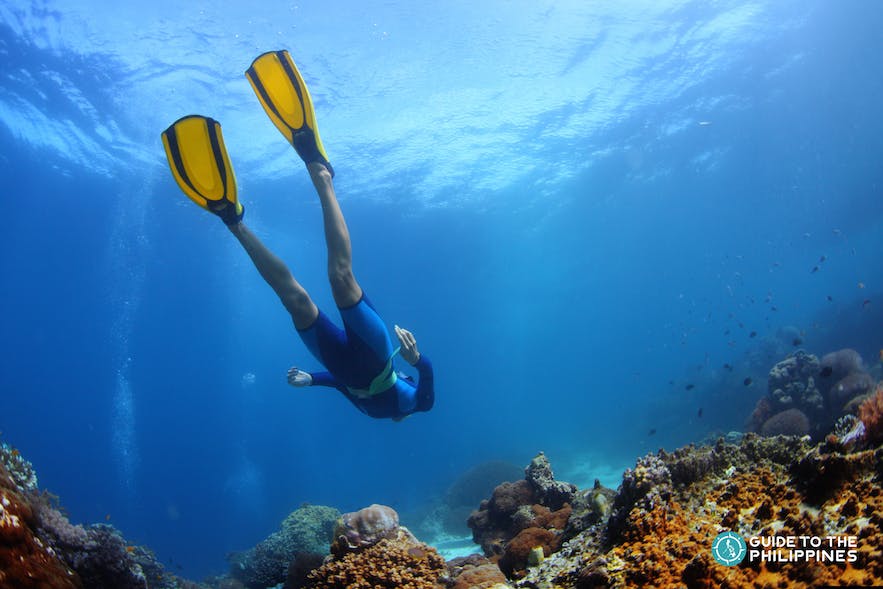 At Balicasag’s north is the Cathedral Wall. It is described as such because the walls have quite a number of cracks that make it beautifully magnificent when you witness the sun’s rays penetrating through them.

It is recommended that you bring a torch on this dive to see some surprises among these wall cracks.  Expect to see snappers, surgeonfish, butterfly fish, mackerels, angelfish, and barracudas. 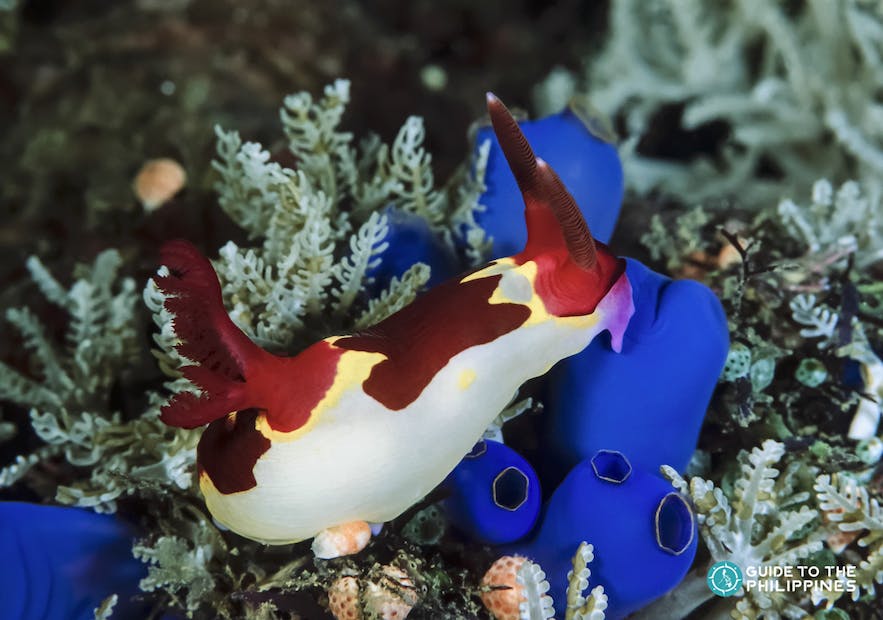 Diver’s Haven or sometimes referred to as Diver’s Heaven is found at the southeastern side of Balicasag, where you could expect to find big-eyed mackerels, snappers, red tooth triggerfish, brown daisy corals, and huge barrel sponges from 7 meters all the way down to 40 meters. 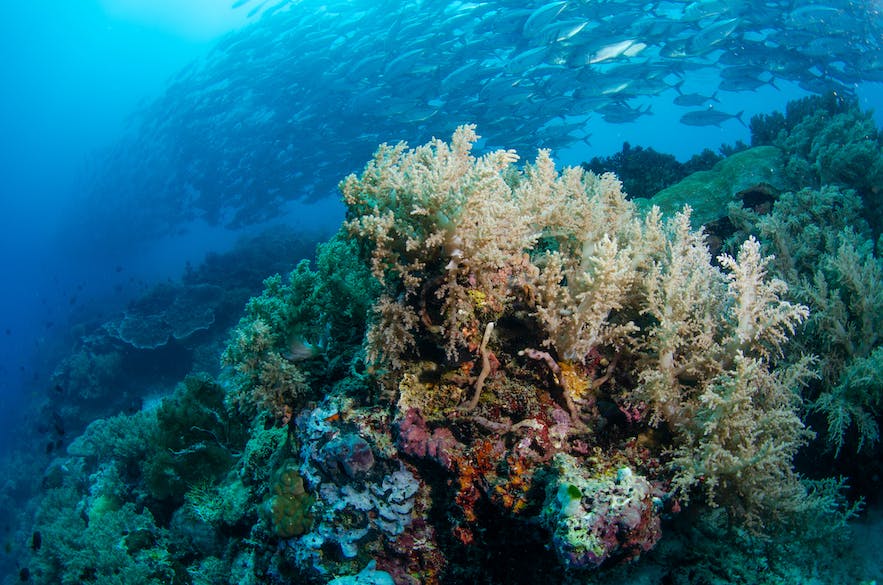 The Royal Garden, found at the north-east side of Balicasag, is known for its shallow dive within an average of 18 meters.  This is where you get to witness its wide array of displayed corals in varying vibrant colors, arranged as if it were a garden, thus, its name.

Other Diving Sites in Balicasag Island

After you have gone through the wonders of Balicasag, you may also go diving among 16 known dive sites around the waters of Panglao. Here are just a few to name:

On Panglao’s south-west side is Arco Point, also known as “Hole in the Wall.”  The location is known to always have great visibility.  It bears garden eels, cardinals, groupers, triggerfish, wrasses, butterfly fish, sea snakes, and more.  It features a vertical tunnel from 30 meters deep that finds its exit at 10 meters.

The Habagat Wreck is found at the south side of Panglao. The wreck is 10 meters long which rests 35 meters deep since the year 2000 and is highly recommended among macro photographers to visit either day or night. It almost sits upright with a slight list to starboard.

There are batfish, lion fish, cardinal fish, frogfish, ghost pipefish, seahorses, and nudibranchs, in and around the wreck.  The dive usually ends via an ascent on its slope where you could find ghost pipefish among crinoids and an abundance of angelfish. 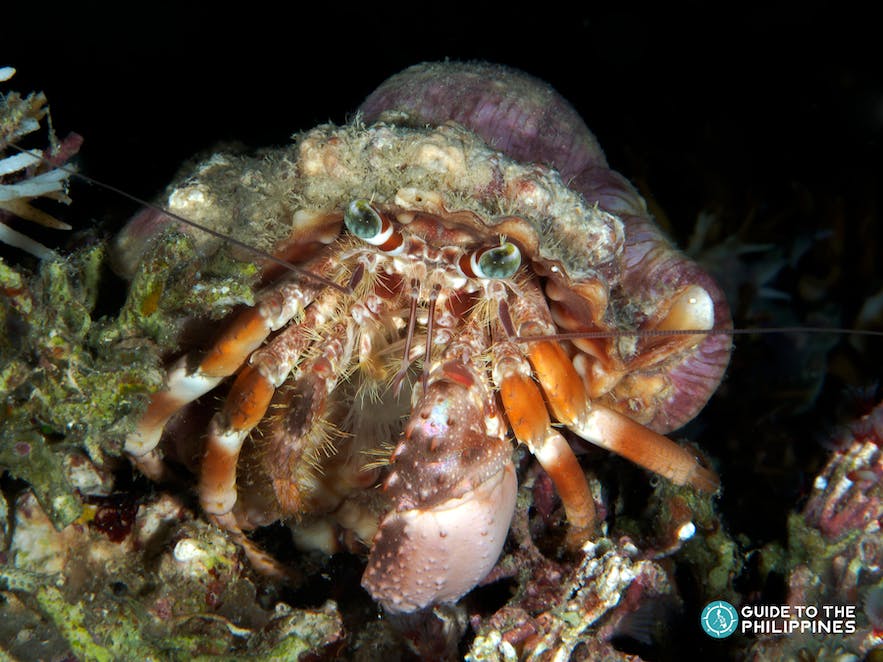 Right in front of Alona Beach, the House Reef starts off with a 4-meter deep plateau that slopes off to 24 meters. There are caves and crevices where different species of fish reside.

It is highly recommended among night dives as well where you will find nudibranchs and famous crustaceans such as crabs, shrimps, lobsters, and prawns. 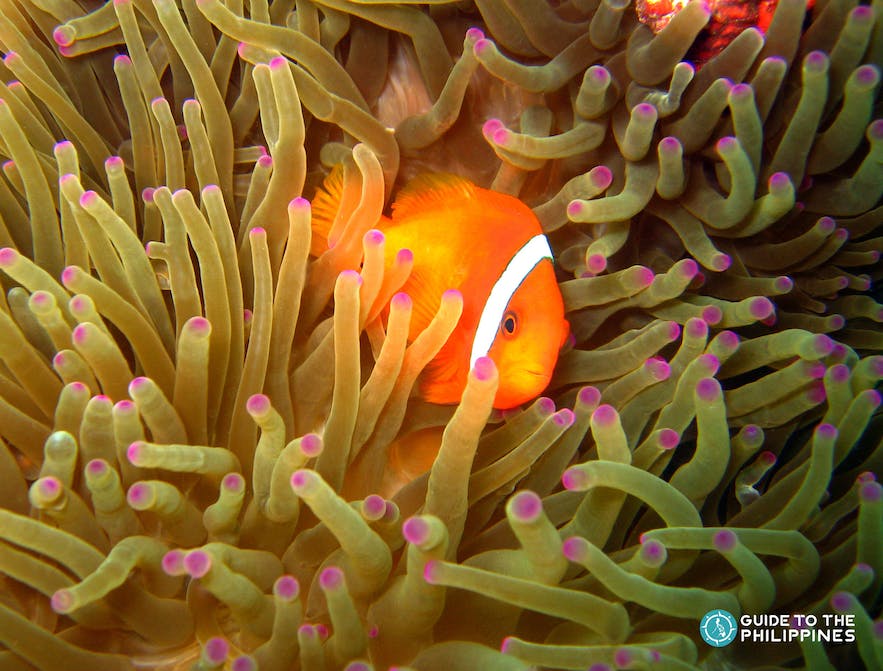 Its name was derived from local word, pilak, which means large hook.  Pilak was primarily used by the local fishermen then to hunt manta rays, before they were fully protected by Philippine law.  Today, its isolation makes refuge among whales, rays, and dolphins.  There are three dive sites around it: East Point, West Point, and North Point.

As you make your way back to Panglao, visit the Snake Island, other known as Cerveza Shoal.  It is a seamount, 15 to 18 meters deep where a lot of banded sea kraits reside, thus, its name.  Take note that the currents can be strong and so it’s known to be a great drift dive.  Other than its beautiful garden of corals, you may have the chance to see thresher sharks lurking around the area as well. 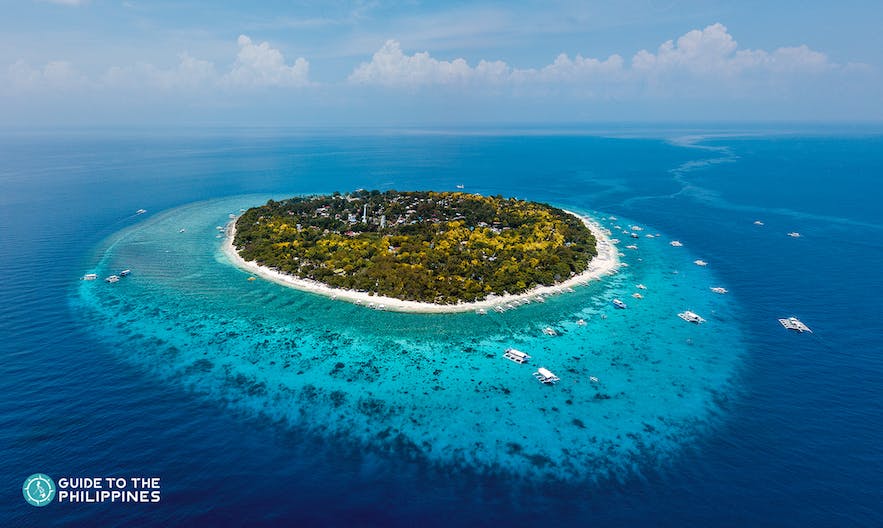 Start planning your diving trip to Bohol's Balicasag Island and swim with sea turtles, school of jacks, barracudas, and more! Check out Bohol tours and activities that you can add to your itinerary, read our Bohol travel guide, check the best places to eat in Bohol, and find out other best things to do and places to visit in the island.

Visiting Bohol should be part of every traveler's bucket list when visiting the Philippines. This island province has it all for anyone who is looking for an enjoyable experience outdoors. Check ou...

IMPORTANT: The destinations featured in this article may have COVID-19 travel restrictions and requirements. Check our COVID-19 travel advisory page for details.   Sausages are one of those dishes...