MassKara Festival in Bacolod: Everything You Need to Know

Join the annual colorful MassKara Festival in Bacolod, the City of Smiles. Find out about the cultural importance of this festival and what to expect when you take part in the festivities.

The MassKara Festival of Bacolod City is one the biggest festivals in the Philippines. Believe it or not, the festival has been giving local and international visitors the chance to have fun, drink, and party on the streets of Bacolod for over 30 years now!

This annual festival, which is similar to Brazil’s Rio Carnival, literally translates to “many faces,” and is celebrated every October in Bacolod. Because of the smiling faces of the mask, Bacolod City got the nickname of The City of Smiles. 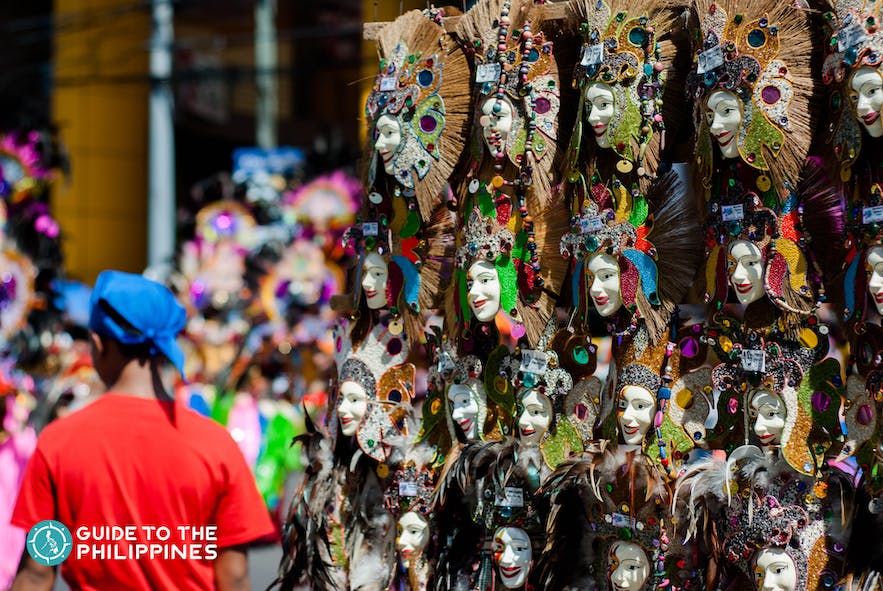 The MassKara Festival can trace its roots back to the 1980s and was born out of a crisis. It was during the time when the province's main livelihood, sugar, was priced at an all-time low because of alternatives introduced in the market, which resulted in one of the worst famines in the country's history that affected an estimated one million people.

It was also the time when a tragic ferry accident happened, which carried mostly people from the province including those from prominent families of Bacolod.

To lift the spirits of the locals and bring back the smiles on their faces, the MassKara Festival was created. The smiling masks were a declaration of the people of Bacolod City that they will pull through and survive the challenges and tragedies that they are facing.

The Arts Association of Bacolod-Negros, headed by Rodney Martinez, conducted workshops around Negros and taught the residents on how to make masks using coconut husks and paper mâché.

Originally, these masks were created just to be sold to tourists and to generate income, and not for a festival that they were yet to conceptualize. The colorful masks created by the local residents were supposedly a signature souvenir of the province and to get the attention of foreign visitors.

Luckily, the idea was a hit and tourists started buying the masks as they were light and easy to bring around. Visitors can also wear them while touring the Bacolod tourist spots. 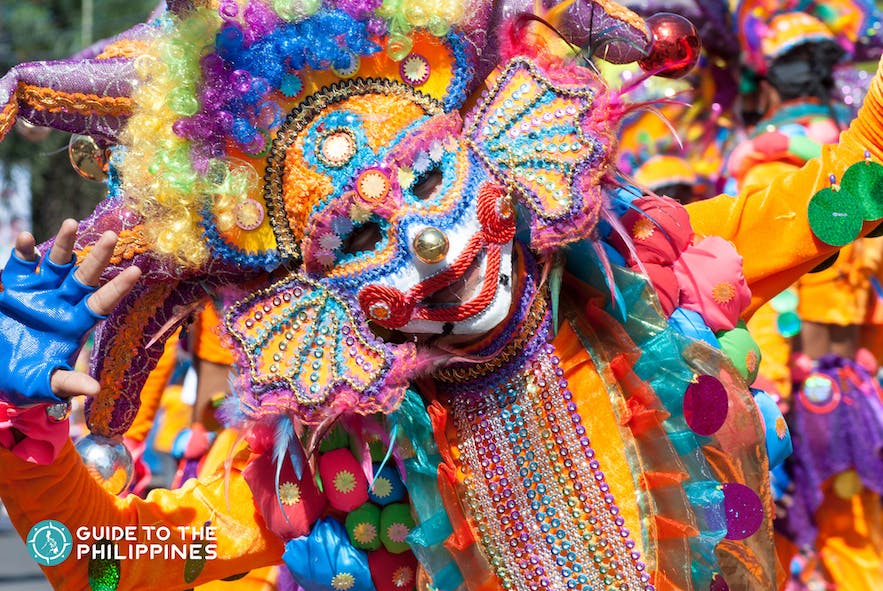 The center of the MassKara festival is the big vibrant masks. A lot of barangays and groups are working hard to give world-class performances complete with crafted masks and eye-catching outfits.

As The City of Smiles, expect Bacolod locals to give you the warmest welcome. Festivals in the Philippines usually bring out the most hospitable spirit in everyone, so don't be shy to befriend locals during the festivities. You might even get the best travel tips from them!

The music used for the celebration has enjoyed a colorful evolution, just like the festival. From folk songs, the festival now uses a combination of Latin beat remixes as well as Philippine Jazz to grace the street dances. 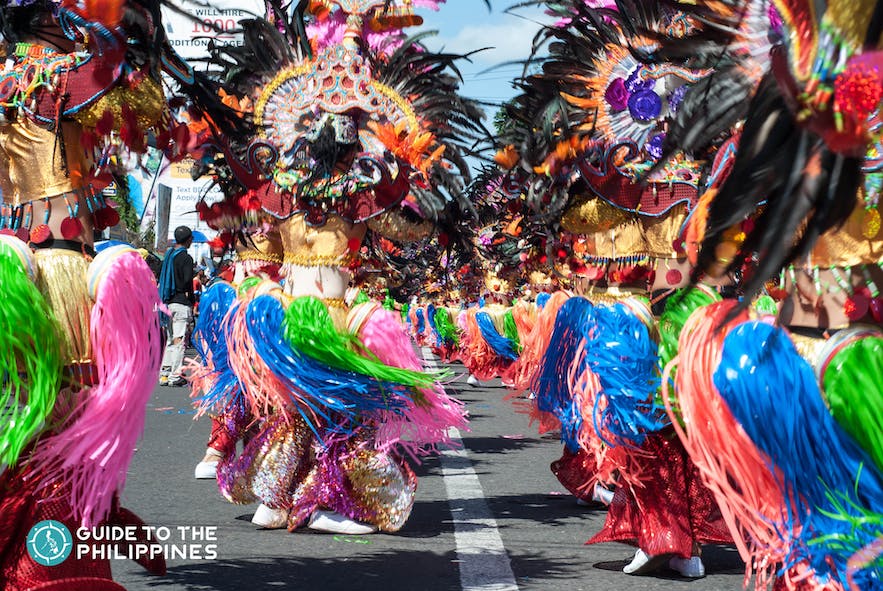 The most exciting part of the yearly MassKara Festival is the Dance Competition. This part of the festival is something that each and every visitor would not want to miss.

MassKara Festival is known for its street parties, with the biggest party, known as Masskaraland.

Masskaraland is open for everyone who wants to join the fun. Partygoers can dance from sunrise until sunset, as they turn the street of Lacson into a gigantic party venue.

A countdown also starts in the afternoon, where powders of different colors are thrown up to douse all the partygoers. 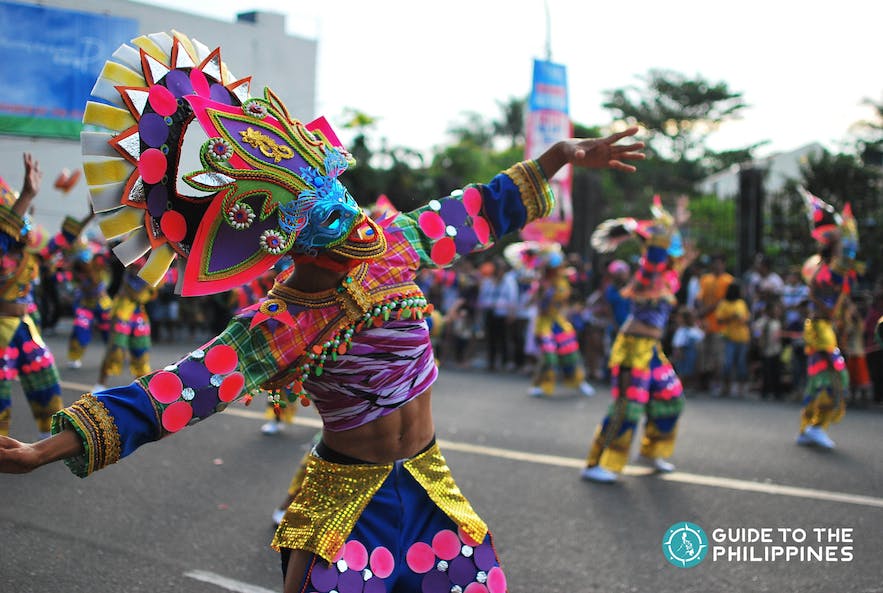 The MassKara has unique and exciting events that even first-time travelers can enjoy. To get the most out of the festivities, here are some tips for first-timers: 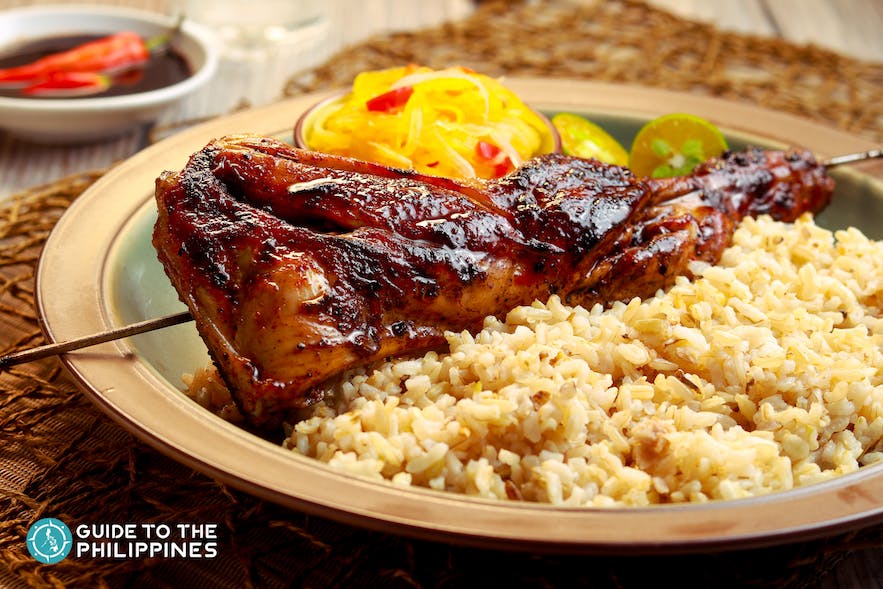 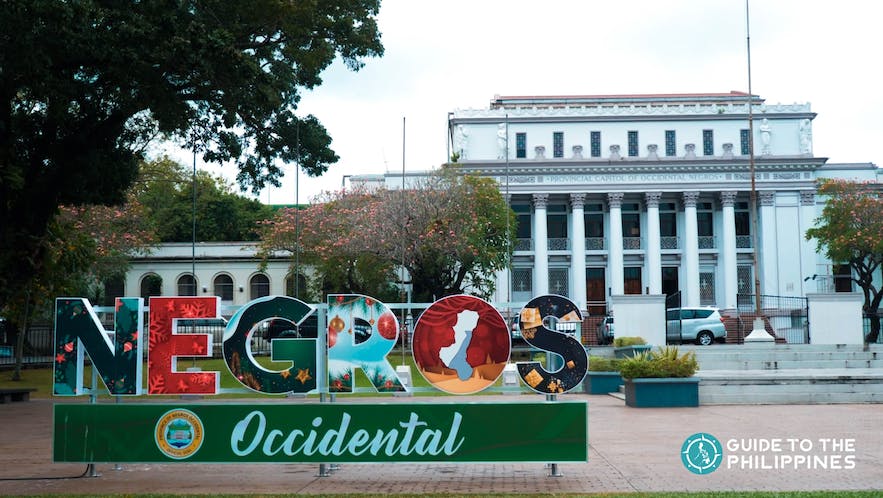 It is fun to visit the city of Bacolod during the annual festival, but there are more things that the City of Smiles has to offer. While in Bacolod, don't miss the following top tourist spots to get to know the city more. You can book a Bacolod City tour with transfers for a hassle-free vacation. You can also plan a Bacolod Iloilo Guimaras itinerary to make the most of your vacation. 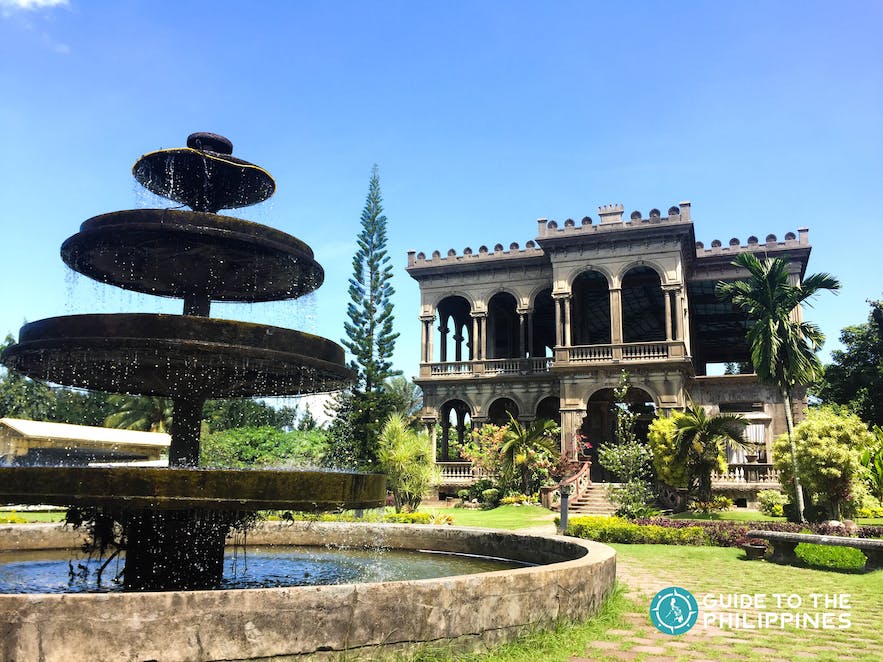 Negros Occidental is home to some of the oldest ancestral houses in the Philippines, and one of them is the Ruins of Mariano Lacson’s Mansion.

Also known as The Ruins, this place was built in memory of Maria Braga, Don Mariano Lacson’s beloved wife. The story is similar to the Taj Mahal of India: To forget the sadness and sorrow of losing the love of his life, Don Mariano decided to build the magnificent architectural structure.

The mansion also served as a reminder of the history of the Philippines. During the Second World War, the guerrilla fighters burnt it to prevent the Japanese from using the mansion.

See our popular The Ruins Tours 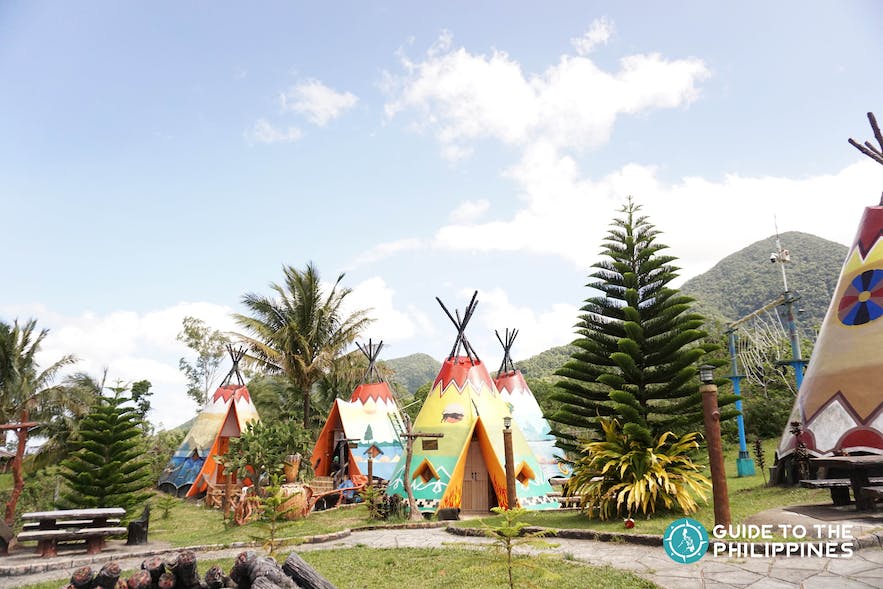 The Campuestohan Highland Resort is one of the newest tourist spots in the city. It is located 22 kilometers away from the main city that provides an amazing view overlooking Negros Occidental.

The resort will make anyone feel as if it is Tagaytay City in Luzon. For those who are not of faint-hearted, there are ziplines, air bicycles, and rope walks. 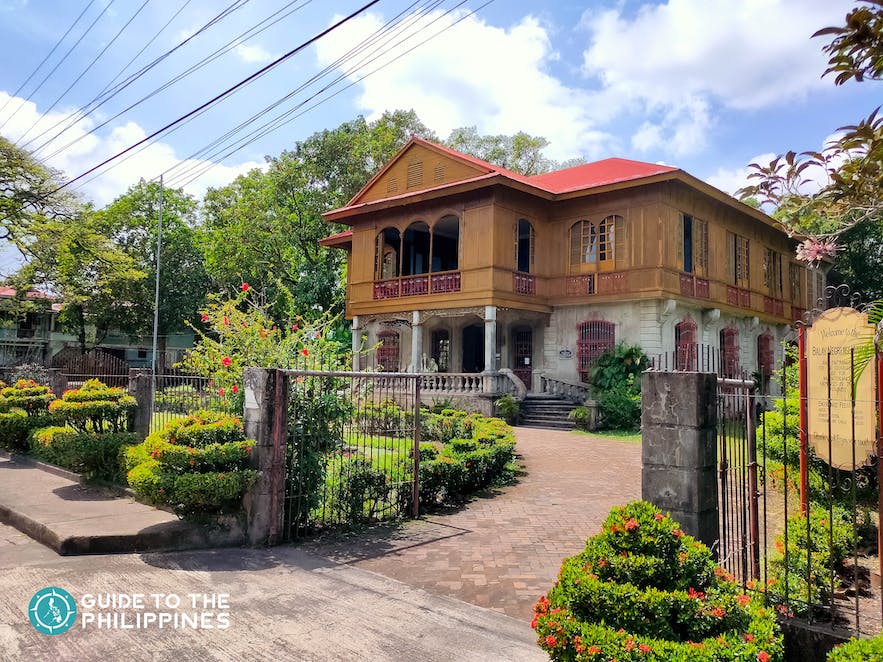 Silay City has the Philippines ' most number of ancestral houses credited and registered at the National Historical Institute — and three of them were made into museums to preserve the history: The Bernardino Jalandoni Museum, the Casa Luna, and the Balay Negrense Museum.

Silay is also home to the oldest bakeshop in Negros Occidental, the El Ideal where famous local delicacies can be bought. 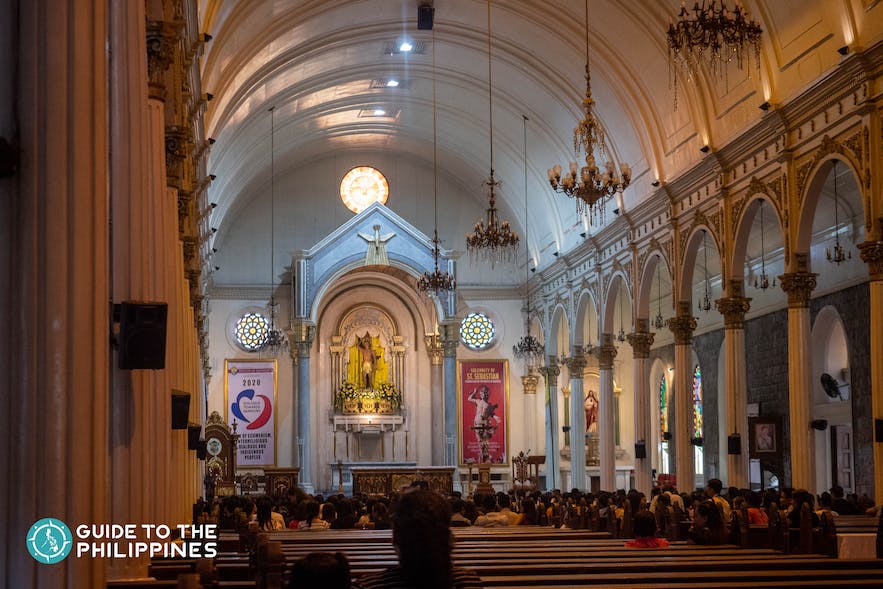 Other than the colonial homes, Negros Occidental also preserved their churches.

Some of the colonial churches in the province are the San Diego Pro-Cathedral of Silay, the Mary Magdalene of Hinigaran, and the San Sebastian Cathedral of Bacolod.

For cultural and spiritual enrichment, people go to churches like the St. Joseph the Worker in Victorias, the Virgen Sang Barangay Chapel in Bacolod or the Chapel of the Cartwheel in Manapla. 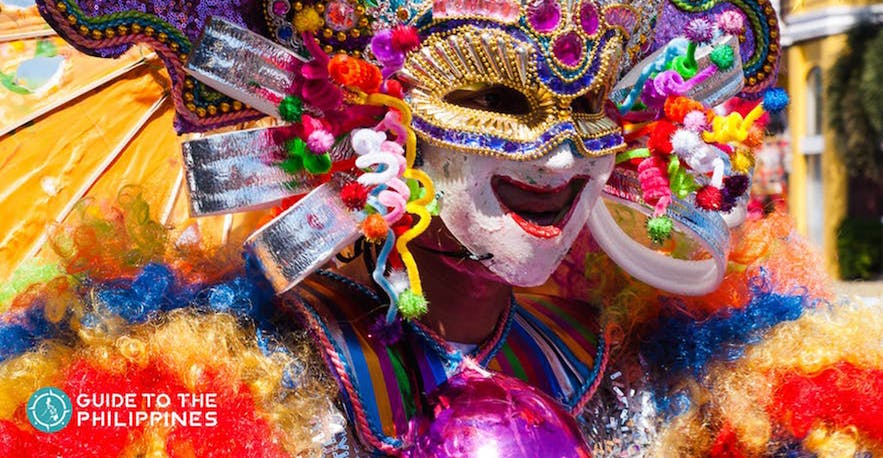 The MassKara Festival made its way from being a source of happiness after tragedies to one of the most popular festivals in the Philippines.

It is highly recommended to visit Bacolod during the MassKara not only for the festivities but also to bring along the memories and enjoy the infectious smiles and the charms of the city.

Start planning your trip to Bacolod City now! Explore Bacolod tours and activities that you can book during your MassKara Festival trip to the City of Smiles.