Get the best of both worlds when you join this combo day tour of Ilocos Norte’s famous destinations. Taking you to see the historic city of Laoag and the beautiful countryside of Pagudpud, this excursion is just what you need if you want to get a deeper insight into the region’s rich history and enjoy its bucolic landscape at the same time.

After being picked up from your hotel in Laoag, you will immediately begin your city tour, starting with the Laoag Cathedral, also known as St. William’s Cathedral. Say a prayer or light a candle here before you head to the Sinking Bell Tower, located not far from the church. This relic dates back to the Spanish colonization period. Built in the 16th century, the tower survived centuries of earthquakes and other natural disasters over time. Despite withstanding the test of time, it sinks deeper into the ground an inch every year.

From there, you will be taken to the Museo Ilocos Norte. The small museum is housed in a former tobacco warehouse and features traditional items from the local ethnographic groups of the region, including the Ilocano, Igorot, and Itneg. Here, you will see some household utensils, traditional clothing, and ceremonial objects. There is also a replica of a 19th-century ancestral house displayed inside.

You will also be dropping by Aurora Park, which is within walking distance from the museum. The park used to be known as Plaza de Alfonso XII after the King of Spain. One of its prominent features is the multi-tiered obelisk, called Tobacco Monopoly Monument, which had been erected in plaza back in 1881. It is dedicated to King Alfonso XII for the lifting of the tobacco monopoly in the country.

From there, you will be heading north to the northwesternmost tip of the island of Luzon, Cape Bojeador. The place is home to the Cape Bojeador Lighthouse, one of the cultural heritage structures in Ilocos Norte. The lighthouse has been guiding passing ships since its opening in March 1892. You will then make your way to the Bangui Windmills, an excellent energy source in the region before heading back home.

Explore the beauty of Ilocos Norte’s countryside and its rich culture and heritage with this day tour of Laoag and Pagudpud. Check availability by choosing a date. 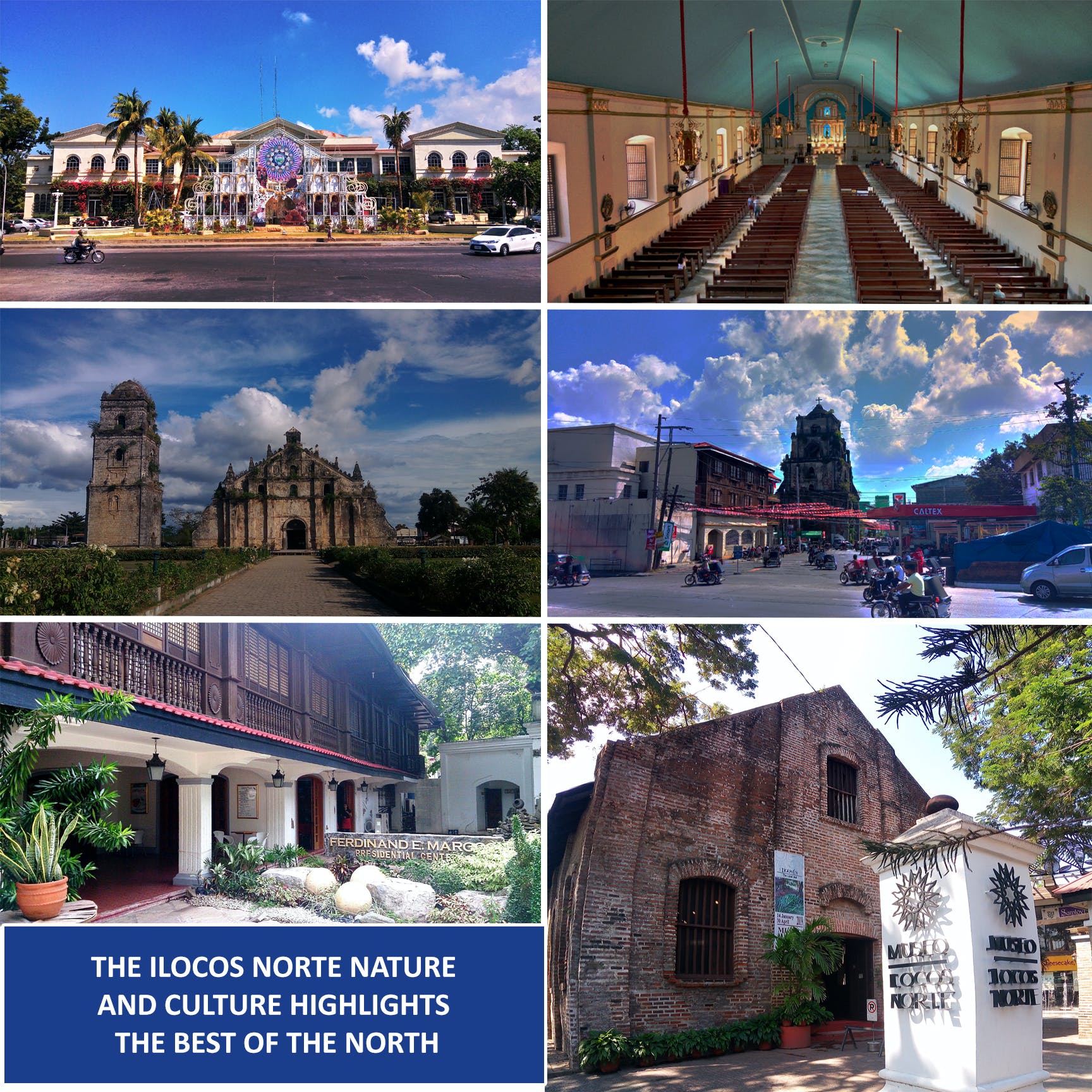 -Malacanang of the North

- All our guides speak English.

- Not all establishments accept credit or debit cards, and ATMs can be limited.